It is remarkable how quickly football can change based on one result.

There was plenty of doom and gloom following the 4-1 defeat against defending champions France last week, but all was forgiven after the Socceroos beat Tunisia 1-0 last Saturday to keep their World Cup dreams alive.

Tactically, coach Graham Arnold was spot-on, with Mitchell Duke’s first half glancing header proving to be the difference.

The round of 16 awaits – but standing in our way is a considerable obstacle in the form of Denmark.

Christian Eriksen doesn’t need an introduction to many football fans – but if you haven’t heard of the Danish superstar, have a look at his highlights on You Tube. 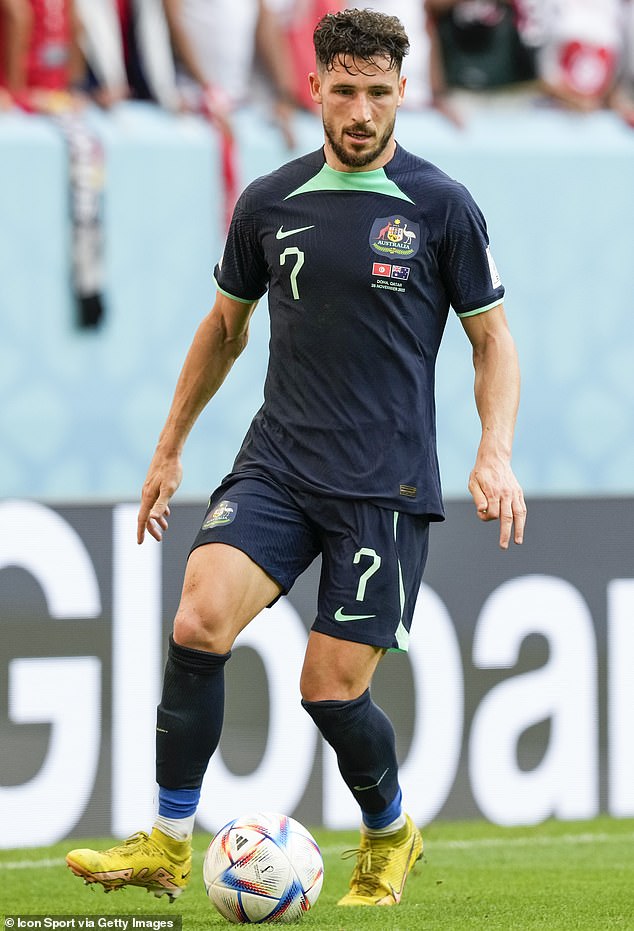 The Manchester United star cut his teeth at Ajax in Holland, before moving to England where he became the main man at Tottenham from 2013 onwards before sealing a move to Inter Milan two years ago.

He is one hell of a footballer, and even survived a cardiac arrest in June last year while representing his nation.

If Australia don’t limit his involvement, it could be a long 90 minutes at the Al-Janoub Stadium come 2am (AEDT) on Thursday.

Eriksen’s free kicks are legendary, and his football IQ is right up there.

The likes of Aaron Mooy and Jackson Irvine will need to shut down his space, because all of Denmark’s attacking raids will come through him.

Socceroos fans may recall he was the player who found the back of the net versus Australia four years ago in Russia with a sublime finish that rocketed past Mat Ryan. 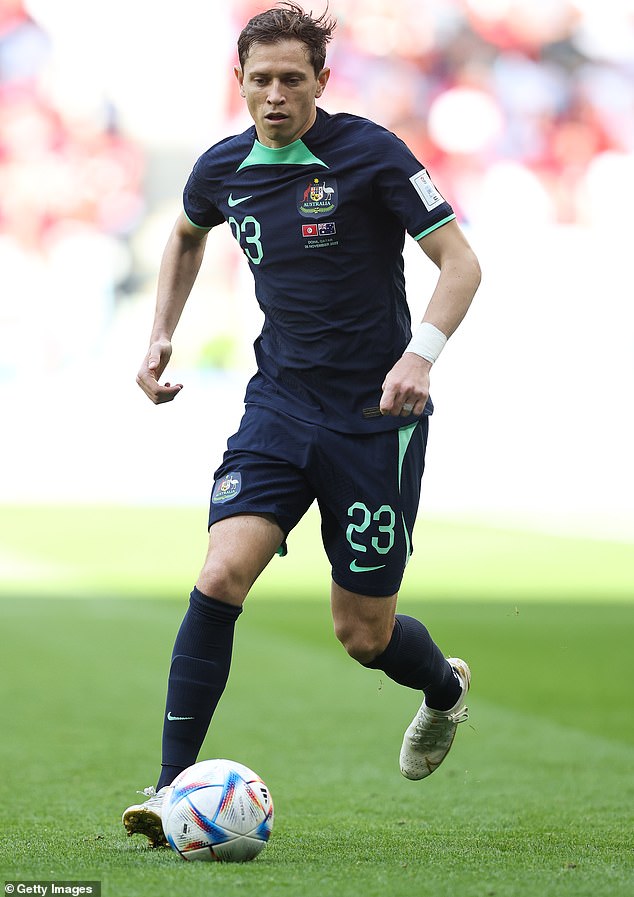 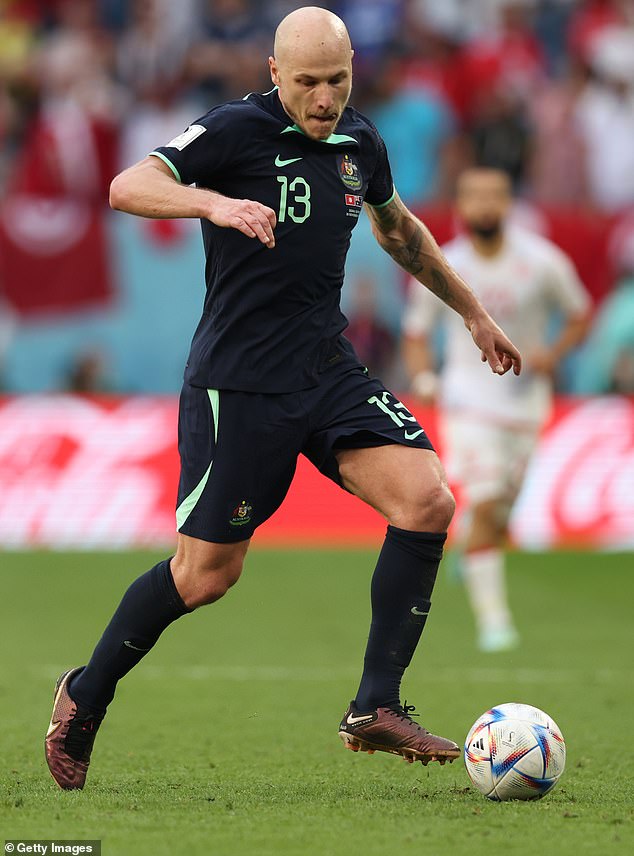 Mat Leckie and Craig Goodwin have been brilliant for Australia in Qatar – and shown that A-League players can perform on the world stage.

Both men have complimented the likes of Aziz Behich and Fran Karačić, and given the Danes love playing out wide, they will need to produce another busy shift.

Blessed with pace and great engines, Leckie and Goodwin have more than justified their places in Arnold’s starting XI to date.

I have been really pleased to see such quality performances given I knew what was in their lockers.

Leckie’s touch and pin-point cross against France was sublime, with Adelaide United skipper Goodwin then showcasing his ability in front of goal, before providing an assist for Duke days later when we needed it more than ever.

Sitting in 10th spot on FIFA’s rankings tells the story.

Besides the threat of Eriksen, Andreas Cornelius is a quality striker and young gun Mikkel Damsgaard is a proven performer with Brentford in the English Premier League having previously caught the eye with Sampdoria in Italy.

Throw in veteran goalkeeper Kasper Schmeichel – son of legendary Manchester United shot-stopper Peter – and you can see why Kasper Hjulmand’s side were widely tipped to progress out of the group with France.

They will definitely fancy their chances against Australia, and know what is required to get the three points.

Yes they will be chasing the game – and need to win while we only need a draw – but their collective quality is obvious.

For me, if we can jag an early goal, we will then be in the box seat.

Denmark are expected to win, and that belief will be obvious from the opening whistle.

They won’t die wondering, so Australia need to match their intensity and desire. 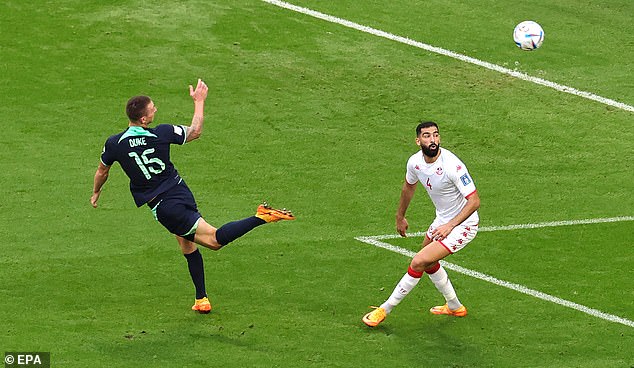 Mitchell Duke of Australia scores versus Tunisia in the first half at the Al Janoub Stadium. Aloisi believes scoring another early goal against the Danes is crucial

FUTURE OF FOOTBALL ON AUSTRALIAN SHORES

Plenty has been said pre and post the World Cup surrounding what Australia has to do at all levels to hold their own globally.

Following the model in Japan would be a good start.

Starting at grassroots, the fundamentals of the game – controlling and keeping the ball, zone defending plus the importance of finishing should always be encouraged.

At academy or representative level, increased government funding will help so we don’t lose players to other codes, as will a national second division.

As an A-League coach, I firmly believe expansion is crucial – we need more teams.

More games at a higher level, week in, week out will aid development.

The Socceroos have shown they can hold their own on the ultimate stage – but win lose or draw versus Denmark, let’s not rest on our laurels.

We need to keep evolving if we want to improve – and that can be achieved by being on the same page in all aspects of football.