The Dalai Lama has called for a century of peace and said he is an ‘admirer of the EU’ on a visit to Northern Ireland.

The Tibetan spiritual leader, 82, has travelled to Londonderry for the 20th anniversary celebrations of charity Children in Crossfire.

During a talk at the Millennium Forum in Derry, he said: ‘Our goal should be a century of peace, a century of dialogue based on a sense of oneness of seven billion human beings.

The Dalai Lama (pictured) is visiting Derry, Northern Ireland to celebrate the 20th anniversary of charity Children in Crossfire 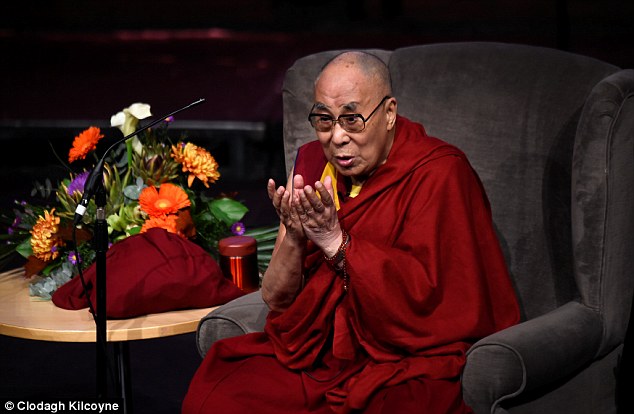 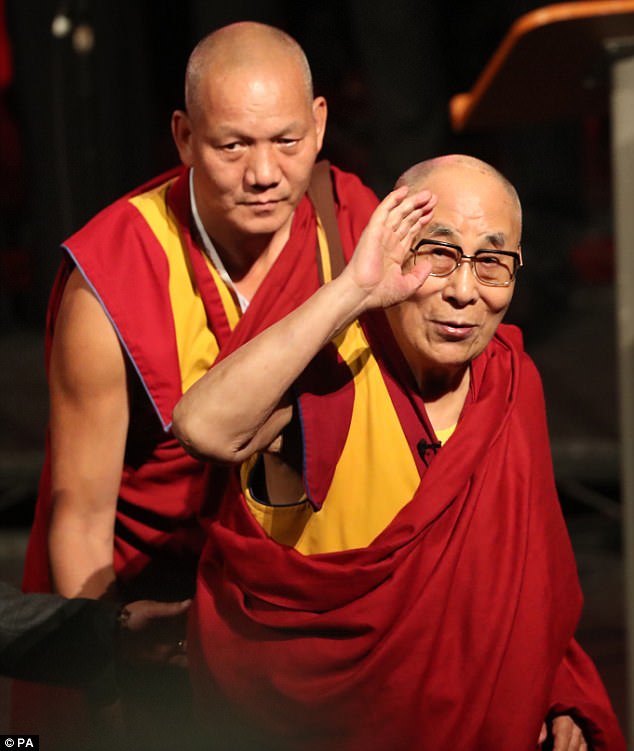 ‘We have to work together.’

He also said there was ‘too much war, fear, distrust and anger’ and branded global warming a ‘major disaster’.

When asked about the European Union, he said he was an ‘admirer of the EU’.

The monk, who is a patron for Children in Crossfire, said thinking that always results in war in countries like Burma, Syria and Iraq is outdated.

Richard Moore, Children in Crossfire’s director, said it was a ‘great honour and privilege’ to have him in Derry.

He added: ‘I still have to pinch myself every time I think that he’s agreed to come.’

‘He would say compassion without action is no good. It’s okay feeling empathy but unless you take action then compassion’s not good enough’.

The Tibetan leader will be in Northern Ireland for two days, having visited several times before, most recently in April 2013, November 2005 and October 2000. 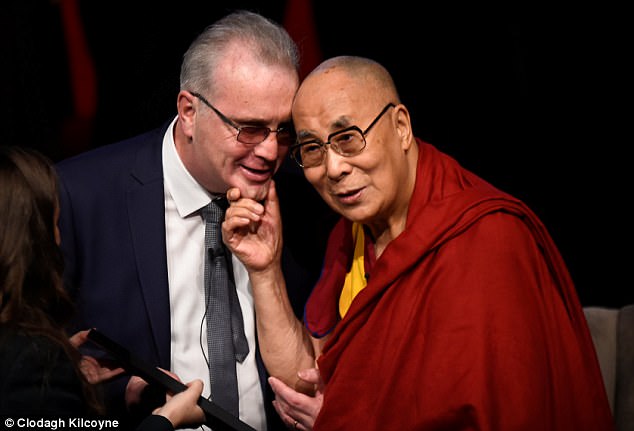 The 82-year-old is a patron for Children in Crossfire. Pictured with the charity’s director Richard Moore 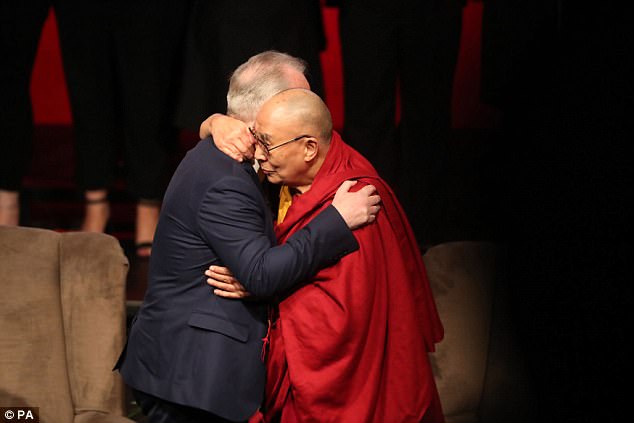