Jill Walsh, 65, and her husband David, 66, fear the new campsite could be triple the size of Dale Farm one

Worried neighbours have spoken of fear that a new travellers’ site dubbed ‘Dale Farm 2’ could triple in size.

Basildon Council will discuss plans to build around 39 pitches in the borough, which could lead the farm in Wickford, Essex, to swell.

One pensioner, Jill Walsh, 65, says she suffered seven years of ‘hell’ from residents of Dale Farm.

She and her husband David, 66, logged gun battles and stabbings among 230 horrifying incidents between 2003 and 2007.

In one particularly terrifying incident a beheaded squirrel was dumped of the mother-of-two’s drive.

In 2011, the travellers were evicted from Dale Farm, which cost Basildon Council £7 million.

The couple have lived in peace for the last six years, but in October lorries dropped off 600 tonnes of building materials to the site. 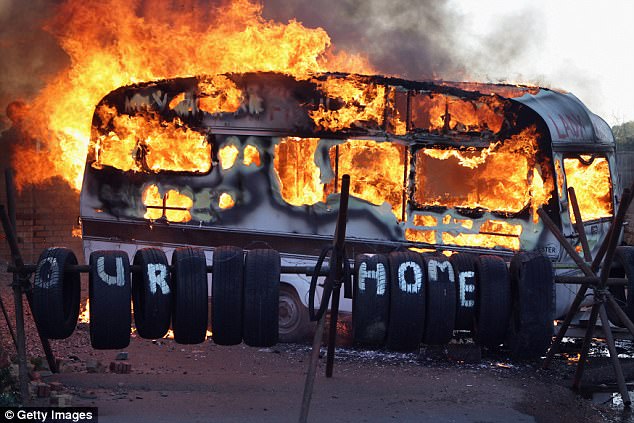 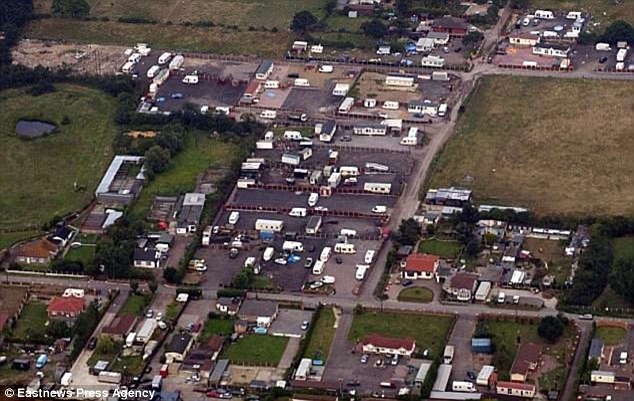 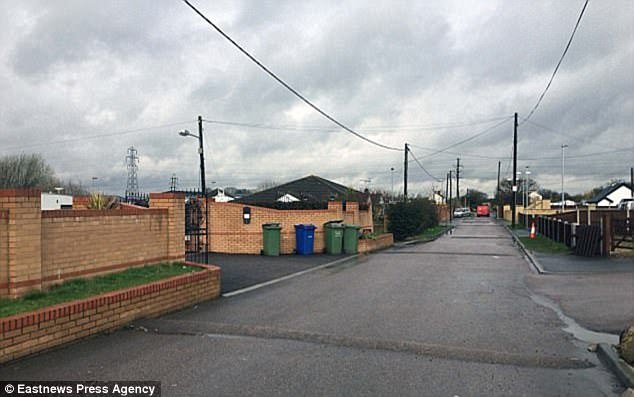 Despite two judges ordering the travellers to stop, another lorry dropped off 640 tonnes of supplies days later.

Since the travellers came back, the couple’s house has also been attacked with fireworks, stones and marbles.

Speaking to the Sun, Mrs Walsh said: ‘I don’t know how the council get away with it.

‘They are morally disgraceful.’ 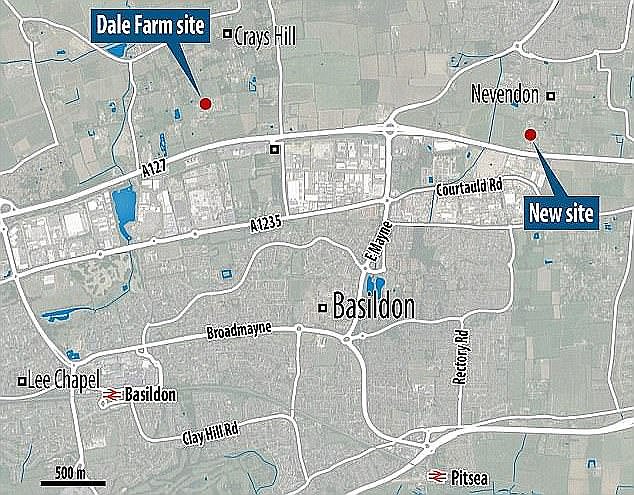 The site is roughly 3.5 miles away from the infamous Dale Farm which cost Basildon Council more than £7million to clear after a pitched eviction battle 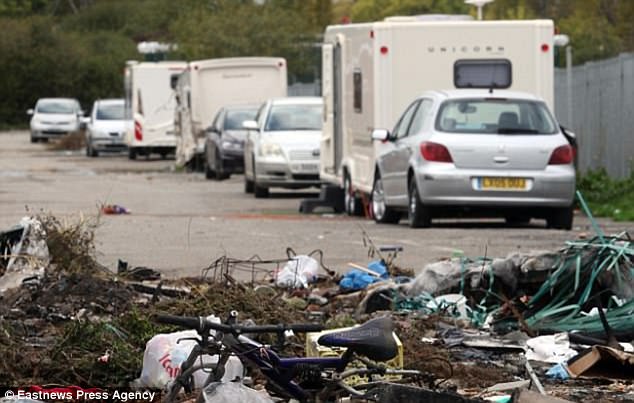 In 2010, the travellers were evicted from Dale Farm, which cost Basildon Council £7 million 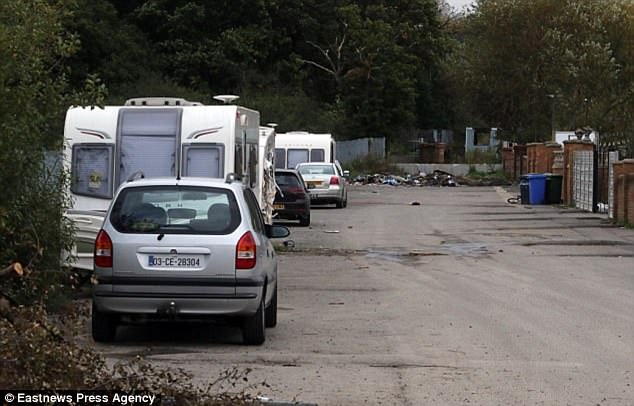 Under new proposals, pitches could be set up just 30ft from the Walshs’ house in the new year 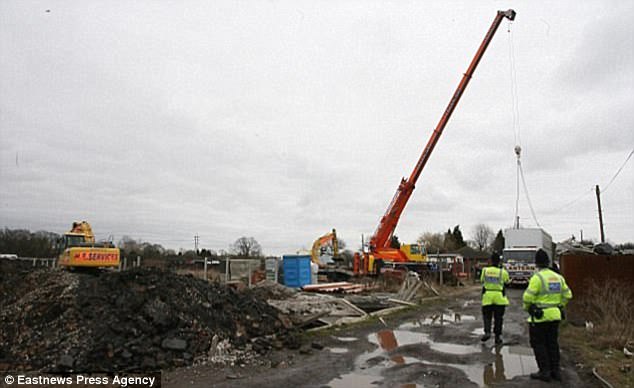 Pictured: Police are called to the scene as workmen deliver 700 tonnes of building material at the traveller site at Wickford in Essex

Under new proposals, pitches could be set up just 30ft from here house in the new year.

The receptionist added: ‘We’re prime targets. It’s frightening to hear your place being smashed to pieces. 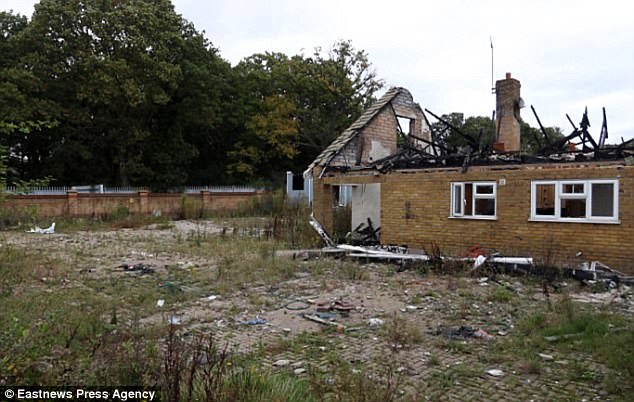 Mrs Walsh previously said: ‘They are being very sneaky at the moment and more hardcore is being brought down there in the back to the traveller trucks, it’s probably 20 tonnes there every week’ 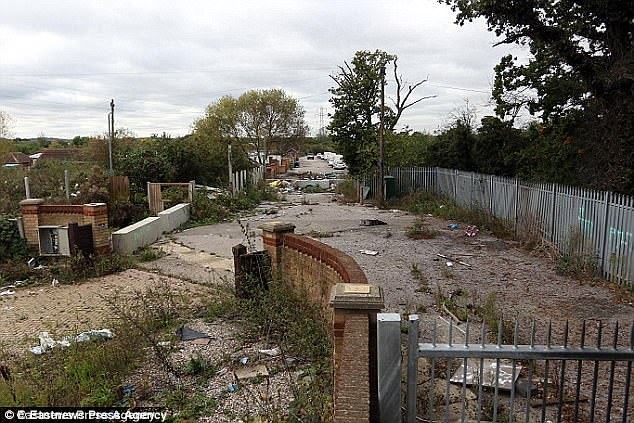 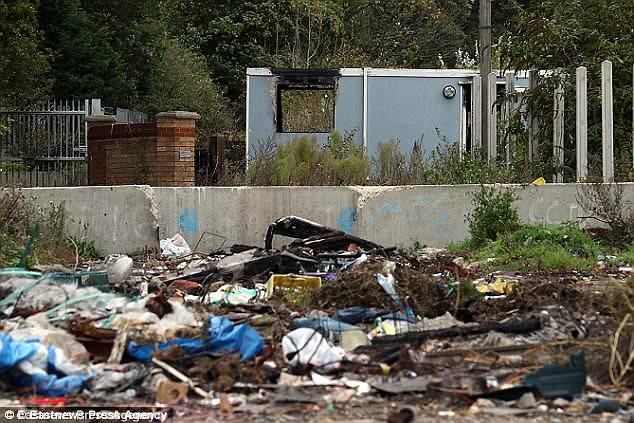 Chris Jackman, conservative councillor for Wickford Park, said he was outraged by the travellers’ brazen flouting of legislation. He said: ‘I am just shocked of the audacity of it. If you continually dump hardcore onto a land it wipes out sustainability plans. It’s just in complete defiance of the law’