Daley Blind is confident Manchester United will bounce back from their shock Champions League defeat at Basle.

Jose Mourinho’s men were on course for the point that would seal progression as Group A winners until the 89th minute, which saw Michael Lang beat Blind to the ball and slot home to secure the Swiss champions another famous win against United.

But despite the shear panic that followed the horror defeat in Switzerland, Blind called for clam. 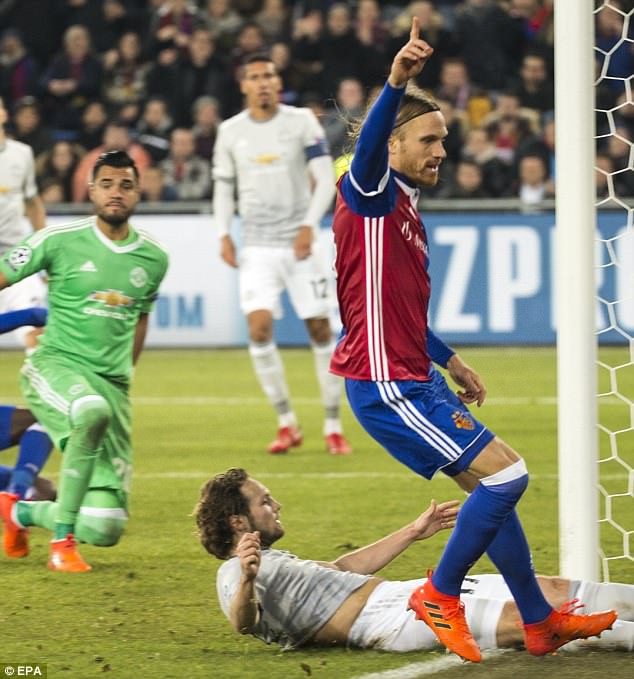 ‘You are always disappointed when you lose and especially in the last minute,’ the United defender said.

‘Especially in the first half we did well. Second half they create chances but not very big ones, more long shots. It is a pity that it goes in in the last minute.

‘Of course, we want to win every game. We know how the positions are in the group.

‘We’re still on top but we must be aware – but we don’t panic. We have to be ready in the next game.

‘We train hard and prepare ourselves like we always do. I think there is a lot of confidence in the group and this will not change that.’ 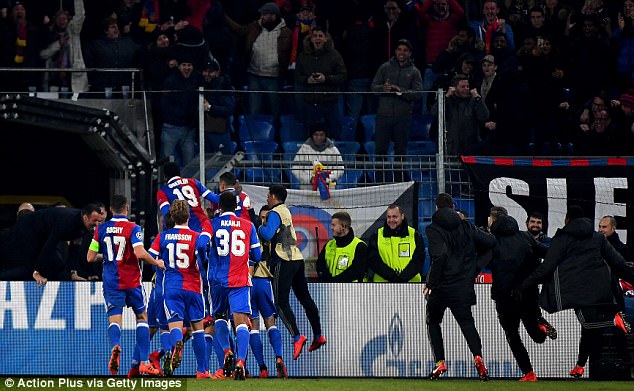 In truth, it will take a remarkable turn of events for United to top the group, let alone progress to the last 16.

If Basel win their final match and CSKA triumph at Old Trafford, the Russians would need to score seven to prevent Mourinho’s men from progressing or alternatively achieve a five-goal margin to knock them off the top of Group A.

The fact United’s long-standing European record defeat is 5-0 only underlines how big a turnaround would be required. 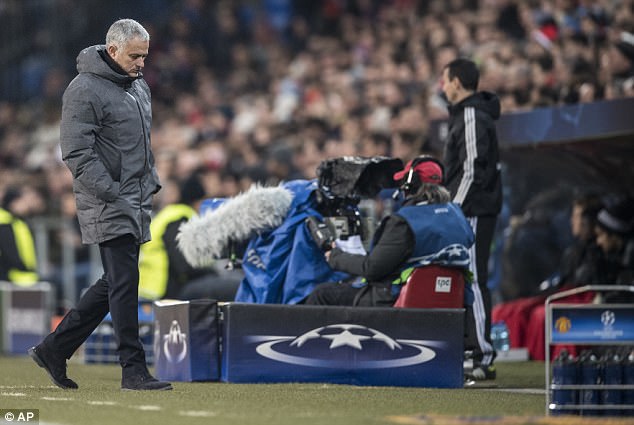 ‘I think we’re confident at home,’ Blind told MUTV. ‘But, like I said, the points in the group are clear. We know we what we have to do to be first.’

United should have been home and dry in Basle after dominating the first half, but failed to show the required cutting edge at St Jakob-Park.

On a frustrating night, Marcos Rojo’s assured 90-minute display was a huge positive as the defender returned after 216 days of absence with a serious knee ligament injury.

Zlatan Ibrahimovic came off the bench to continue his return to full fitness and Paul Pogba impressed in the captain’s armband for 66 minutes, giving United much-needed options heading into an always frantic Christmas period.

‘I am very happy for them,’ Blind added. ‘I think we have a very big squad. Everyone is ready and wants to play.

‘It is good because there is a very busy period coming up so everybody needs to be sharp and ready. We will need everyone.’ 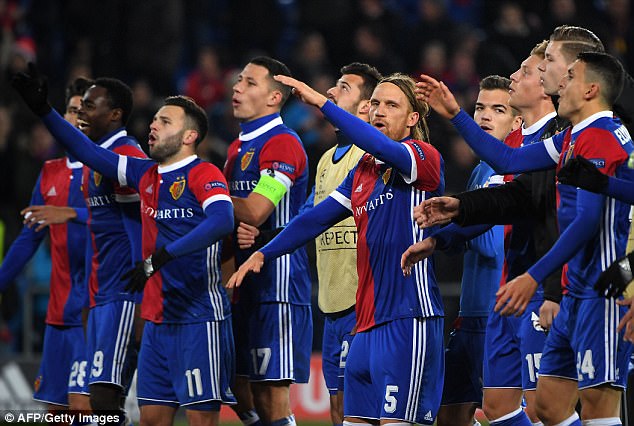