After no fewer than four divorces, Dame Joan Collins today reveals she has finally found the secrets to a happy marriage.

The first, she tells The Mail on Sunday Life supplement, is banishing your partner to another room if they snore. And another is sharing the housework. She says honesty and giving compliments are also key factors in keeping a relationship happy.

Dame Joan, 84, gives a revealing and sometimes hilarious insight into her 18-year marriage to 52-year-old theatre manager Percy Gibson in today’s exclusive interview. She says: ‘We are together 24/7 except when he snores, and I say, “Darling, I think it’s best that you sleep in the guest room tonight”.’

She agrees with fellow star Michael Caine about bathroom arrangements in a marriage. ‘Michael once said the secret to a happy marriage is separate bathrooms. We try to keep to that rule. It really does make a difference.

‘Percy and I manage our lives together, even down to household chores. We don’t have live-in staff

‘Of course, we get irritated with each other but we are quick to say sorry and we don’t have any secrets.

‘We compliment each other all the time but I’m also quick to point out if he’s getting a bit of a tummy, and he will say if I’ve gone a bit OTT with the glitz.’

She adds: ‘Percy loves me best when we are at home together – me without make-up and him unshaven and in his tracksuit bottoms.’

By Dame Joan Collins for The Mail on Sunday

Having just celebrated 16 glorious years of wedded bliss with the love of my life, I feel highly qualified to opine on the subject of marital happiness. After all, I’ve been practising being a wife almost all my life. I started on that rocky road on my 19th birthday, and since then there have been very few years when I haven’t been either married or in a relationship.

I’ve been married to an Irishman, an Englishman, an American and a Swede (it sounds like the start of a joke), but I highly recommend the half-Peruvian, half-Scottish breed as per my fifth husband, Percy Gibson. Here’s why…

When Percy and I met 18 years ago, I was in a long-term relationship that was dragging along. After the acrimonious divorce from my fourth husband, Peter Holm – a process that lasted longer than the 13-month marriage itself – I had declared that I never wanted to marry again, and I kept to that promise until I met Percy.

I was in San Francisco, performing in a stage production of A. R. Gurney’s Love Letters, and Percy was the theatre manager of the show. We hit it off immediately. He was funny, engaging, good-looking, and after the show I would socialise with him, my co-star George Hamilton and my daughter Katy.

We had a lorra lorra laughs and bonded like family. I remember one particularly wonderful evening in New York when Percy took me to see Kiss Me Kate, and while we listened to the romantic words of the song So In Love, we realised we had something. 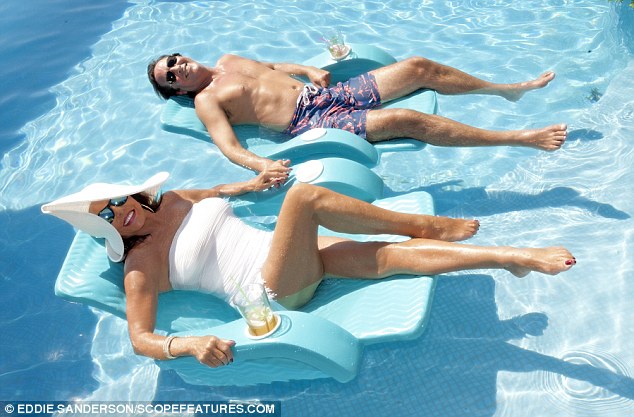 Although Percy, at 52, is three decades younger than me, it didn’t matter as the camaraderie between us grew during that six-week theatre tour. We discovered that our fathers were born in the same decade of the early 20th Century, and that they were strict and uncompromising with their children, so we also bonded over shared values.

By the time of the tragic events of 9/11, which made us both realise how precious, short and unpredictable life is, we decided we wanted to make our relationship permanent.

After we were married, I very much enjoyed being called Mrs Gibson, even though we hadn’t made it official on the marriage register. When the time came to fill in the document, I asked Percy if he wanted me to change my name to his but surprisingly he declined, explaining quite reasonably that my name was too long established professionally to be changing it for the sake of appearances. He was comfortable knowing that I was his wife. After all, at one time he did have to contend with being called Mr Collins, but he shrugged it off with a laugh. 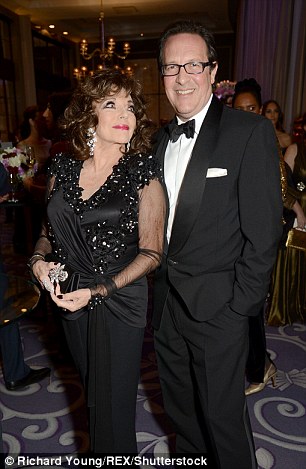 Percy has been married once before, so between us we now have seven marriages, but nevertheless we are terribly happy. We adore the same things – theatre, movies, reading, good conversation and travelling. We also love working together and did several plays which Percy either managed or produced. Now we are on stage together as part of my theatre show. It’s all unscripted but Percy introduces our act, makes jokes and fields questions from members of the audience.

We are together 24/7 except when he snores, and I say: ‘Darling, I think it’s best that you sleep in the guest room tonight.’

Michael Caine once said the secret to a happy marriage is separate bathrooms. I know most people don’t have that luxury but in our homes, and whenever possible in hotels, we try to keep to that rule. It really does make a difference.

Although the age gap between us was commented upon constantly when we announced our engagement (when someone asked me whether I was worried about the difference, I quipped: ‘If he dies, he dies!’) the remarks have tempered as time has gone on and our marriage has flourished.

I see female friends with spouses the same age or older than them and they seem to take on the characteristics of that older person. And since women historically live longer than men, they often become widows in their 60s or 70s.

Marrying a younger man has the advantage of being with someone who has vigour, vitality, stamina and health, which certainly encourages me even further to keep in shape both physically and mentally. I’ve been active all my life and eat a healthy diet, so I am in good physical and mental health. Percy says sometimes he can’t keep up with my energy and zest for life, so I know a man my age could not!

The fact is that I feel no different really than I did 30 years ago and thank goodness for that. Yes, it takes effort to exercise two or three times a week, but everything in life worth having involves effort.

As for managing our daily lives, we do everything together, although Percy does most of the cooking, as he enjoys it more than I do. 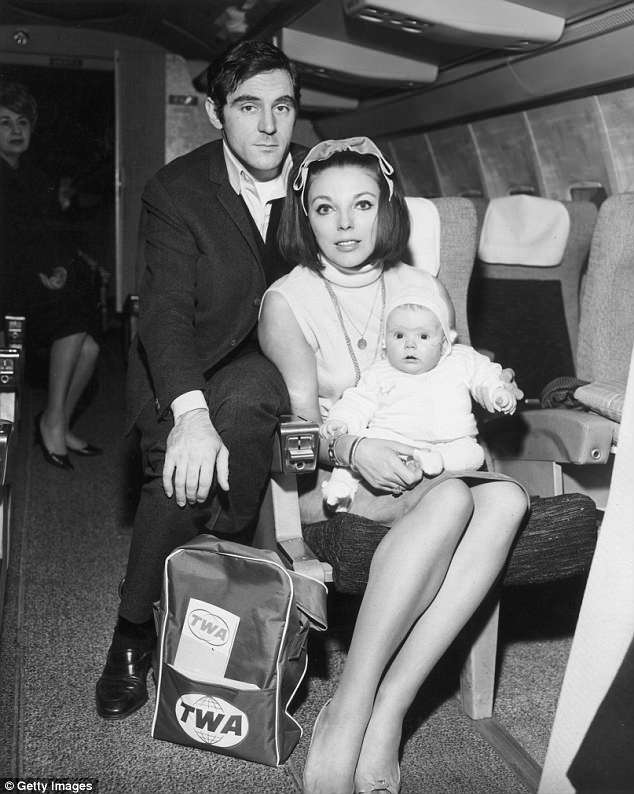 Dame Joan, pictured with her then husband Anthony Newley and their daughter Tara, said one of the secrets to a happy marriage is for your partner to be substantially younger

Family is also extremely important. I love my family and although we have our occasional differences, in the long run blood is thicker than water and I will always be there for my three children and three grandchildren. Percy totally supports my flock, even if they can be difficult at times. Being a Libra, he is infinitely more patient than me, a flighty Gemini, and he adores my family. As an only child and never having had one himself, he truly enjoys being with all the gang.

One of the reasons I believe many marriages break up within a few years is that couples initially fall in lust rather than love. The early days of any relationship are full of passion and desire. Hormones are rampant, libido rules and couples often tumble, excuse the pun, into a passionate marriage, believing it will be until death do us part.

But the relationship often disintegrates as soon as the adoration wanes and the real person is revealed. If sex is all there is, being with the same person and doing the same things in life – and in bed – can become tedious.

People put their best foot forward early in their mating period. They care about their grooming and their personal habits and they feel their best as the pheromones kick in. But as time passes and irritating habits such as snoring are revealed, they want to end it. 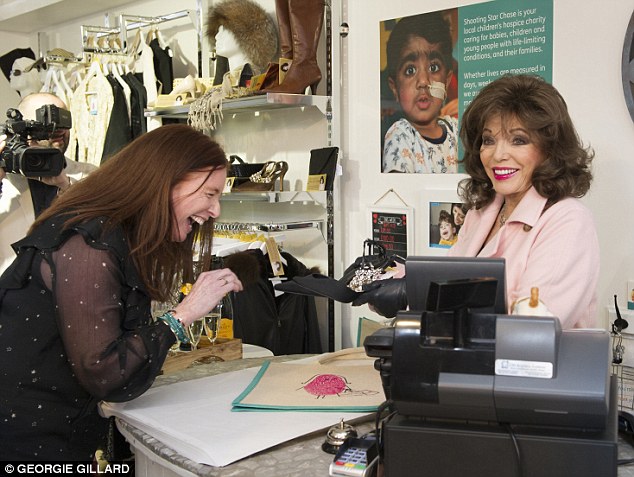 As Percy said on the day that we married, we are each other’s ‘accomplices in mischief, comrades in arms, confessors, confidants, fearless leaders and loyal supporters, and very best of friends’

And they’re the lucky ones, because some discover that the person they married is actually mentally unbalanced or abusive, which is downright dangerous.

We made it clear from the beginning that there were certain things we wouldn’t tolerate in our marriage. Sadly, abuse is something I experienced in my first marriage, and no woman (or man) should ever allow it, either mental or physical, although so many still do. That is why I support the #MeToo movement and I hope that it will spread outside of showbusiness and fashion to help everyone.

Infidelity is another no-no. My marriage to Anthony Newley ended because of his womanising and to me that breaks a sacred bond. Faithfulness and trust in each other are essential, and I admit that I went down that dangerous path of being unfaithful when I was in an unhappy marriage with my third husband, who was addicted to drugs. That is another habit that cannot be endured in a marriage as it changes the person abusing the substances and can lead to enabling or worse, dragging the other person in the marriage down the same road. 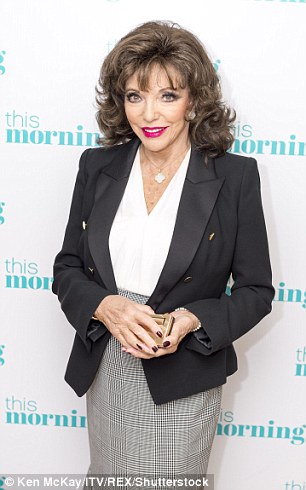 Even without these extreme circumstances, accepting your partner as a human being, with all their faults, can be hard. Ultimately, friendship, mutual respect, values and understanding are what binds a relationship. Percy and I were lucky as we worked together first and became friends who lusted for each other from afar.

I think this was helpful as we found each other’s bad habits either surmountable or even endearing, and realised that despite them we enjoyed each other’s company. In fact, as I write this in Percy’s office, he is on his computer and it’s all extremely comfortable and cosy.

Of course, we get irritated with each other – his driving, my incessant interrupting, his snoring. I’m not a Stepford wife and he’s an alpha-male Peruvian-Scot, so sometimes we clash but it doesn’t last long and we are quick to say sorry. We don’t have any secrets.

We compliment each other all the time but I’m also quick to point out if he’s getting a bit of a tummy, and he will say if I’ve gone a bit OTT with the glitz.

I think Percy loves me best when we are at home together – me without make-up and with scraggly hair, and him unshaven and in his tracksuit bottoms – because we love each other for who we are and not what we look like.

As Percy said on the day that we married, we are each other’s ‘accomplices in mischief, comrades in arms, confessors, confidants, fearless leaders and loyal supporters, and very best of friends’.

He is my soulmate and my rock. When we decided to marry, my gut instinct told me this was the man for life for me – and luckily it has come true.