Dame Kelly Holmes ‘cut herself every day with scissors’

Olympic gold medallist Dame Kelly Holmes has revealed she used to ‘cut herself with scissors every day’ as she struggled to cope with injuries she thought could end her career.

Former middle distance runner Dame Kelly made the shocking revelations as she discussed depression at the Health and Wellbeing Live show in Tunbridge Wells, Kent yesterday.

She told crowds she used to cut herself while recovering from seven career-threatening injuries, beginning with one she sustained during the 1997 world championships.

The 47-year-old went on to become the first British woman to win double Olympic gold in the same Games, winning both the 800m and 1,500m races in Athens in 2004.

The athlete told BBC South East: ‘At my lowest, I was cutting myself with scissors every day that I was injured.

‘The scissors were in the bathroom and I used them to release the anguish that I had. It was really a bad place to be. 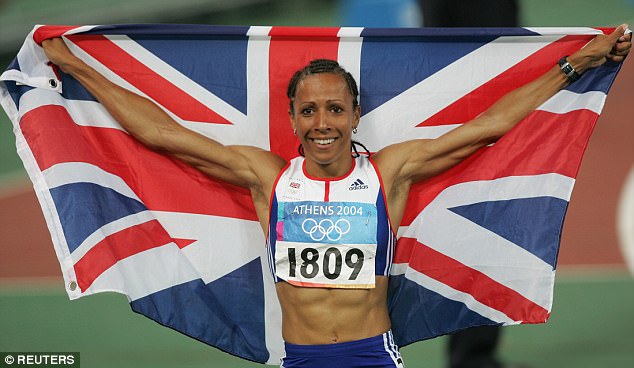 The Olympic gold medallist (pictured after triumphing at the Athen Games), 47, made the shocking revalations at Health and Wellbeing Live in Tunbridge Wells, Kent yesterday

‘But my biggest message to people is that you can get out of that and you can still achieve. There is always a light at the end of the tunnel.’

‘So many of us are inhibited by a black cloud that sometimes descends, by feeling not good enough.

‘I want people to be able to understand that they are not alone and that talking about it is what really helps. It’s got to be out there.’

Dame Kelly, who joined the Army at 17 before becoming an athlete, has previously spoken of how she hid her depression for fear of negativity but said mental health needed to be ‘shouted about more’.

Speaking at the NHS Confederation conference in Manchester last year, she praised the work of the NHS and her own GP who she said helped her to fulfil her childhood dream of becoming an Olympian. 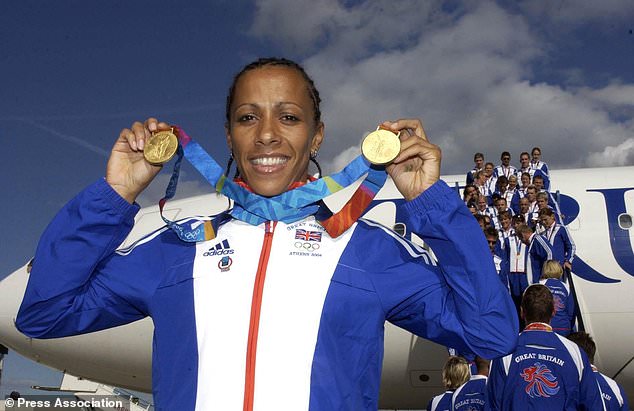 Dame Kelly (pictured with her gold medals) has previously spoken out on depression and urged suffering youngsters to seek help, saying ‘there is always light at the end of the tunnel’