Dan Andrews to be immortalised in a statue if he serves 3,000 days as Victorian Premier

Sky News commentator Peta Credlin believes if Dan Andrews is re-elected Victoria’s Premier he will quit politics shortly after he qualifies to have a statue erected in his honour early next year.

Victorian premiers are entitled to be memorialised in bronze near Parliament House once they pass 3,000 days in office – a milestone Mr Andrews would hit on February 20.

Effigies of four long-time leaders already stand outside Melbourne’s State Government Office, where Mr Andrews works and the Department of Premier and Cabinet is based.

Sky News commentator Peta Credlin believes if Dan Andrews is re-elected Victoria’s Premier he will quit politics shortly after he qualifies to have a statue erected in his honour early next year. Andrews’ face is superimposed on a statue of his Labor predecessor John Cain 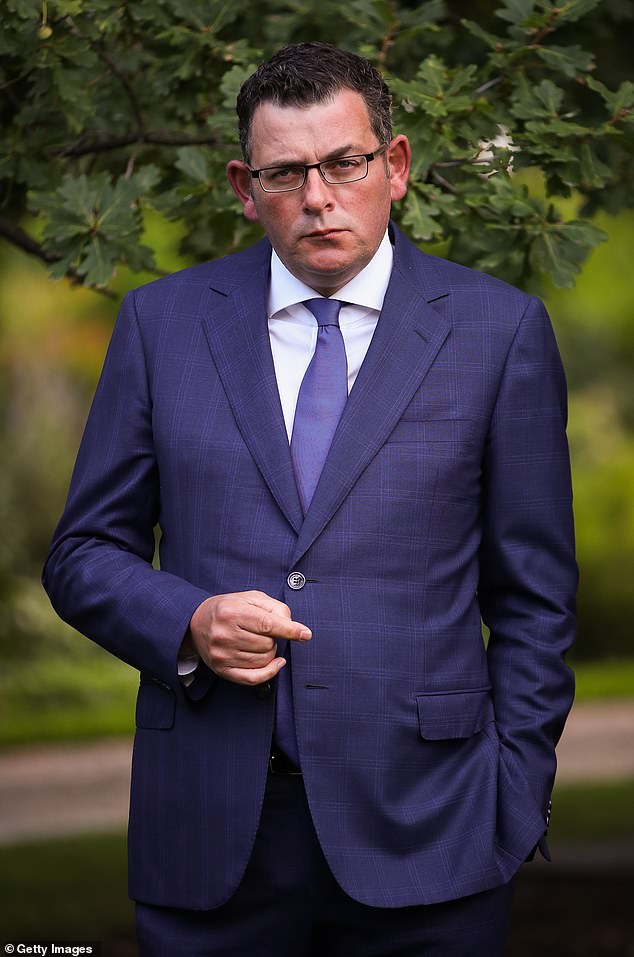 Victorian premiers are entitled to be memorialised in bronze once they pass 3,000 days in office – a milestone Andrews (above) would hit on February 20 next year

The Labor leader is seeking a third term when Victorians go to the polls on November 26 and Credlin thinks he will likely win, albeit with a swing to the Coalition.

Speaking to Daily Mail Australia ahead of her recent documentary The Cult of Dan Andrews, Credlin tipped Mr Andrews would soon hand power to his deputy.

‘I don’t think he’s around a long time,’ she said. ‘I think he’ll want to make history.

‘Sometime early next year he ends up winning his little statue out the front of the Premier’s office and then he’ll p*** off and leave it to the woman, Jacinta Allan, which will enable them to effectively rebrand themselves.’ 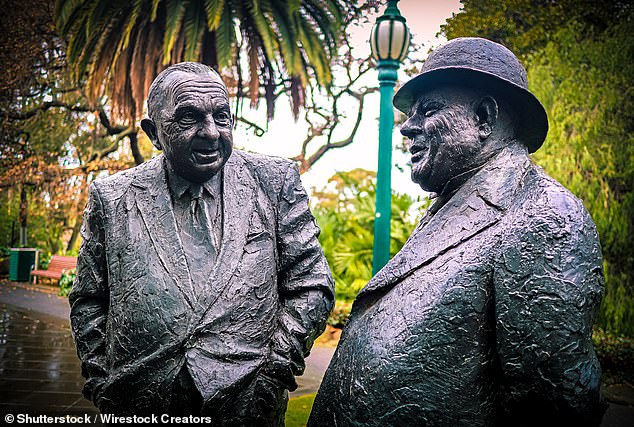 Credlin said it would be a mistake for the Opposition to think a narrow election loss and facing a Labor government without Mr Andrews in charge would make victory next time any easier.

‘The Libs who think we’ll almost get there and that’ll set us up to win next time round, good luck with that,’ she said.

‘Labor are very effective at rebranding.’

Former Liberal premier Jeff Kennett was responsible for introducing statues for premiers who had served 3,000 days, and fell short of the mark when tossed out of office after 2,571 days in 1999.

‘If there’s a Daniel statue, I think the other four will all jump off their pedestals and run,’ Mr Kennett told the Weekend Australian in January.

Asked about Mr Andrews being honoured in such a way a government spokesman said at the same time: ‘The Premier has given no thought to this at all’. 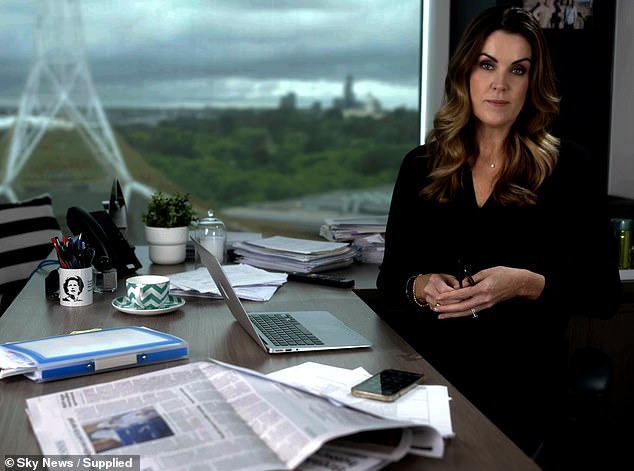 Peta Credlin (above) tipped Andrews would soon hand power to his deputy if re-elected on November 26. ‘I don’t think he’s around a long time,’ she said. ‘I think he’ll want to make history’

Mr Andrews is the second longest serving Labor premier in Victoria’s history, behind Mr Cain, having been elected in 2014 and serving almost eight years.

The 50-year-old has said he is ‘absolutely committed’ to completing another four-year term if re-elected and wants to remain premier ‘for as long as the community and my colleagues want me’.

‘We’ve got a lot of things to do. I serve at the pleasure of the Victorian community and my colleagues,’ Mr Andrews said last month.

‘I’ve got lots of stuff to build, lots of reform to make, there’s a lot of things to get on with. I want to keep building, I want to keep making big change and reform.’

Mr Andrews took three months off work after slipping on two wet steps at a holiday home at Sorrento in March last year. He suffered an acute compression fracture of the T7 vertebra as well as five broken ribs.

‘I remember getting a lot of phone calls from people… when I was crook, you know – “what are you doing?”,’ Mr Andrews said last month.

‘That’s why we’re running again – I say “we” because it’s me, [wife] Cath and the kids, we’re all in this – because it’s only a Labor government that will do what matters and get things done.’

If Mr Andrews wins the coming election and remains premier he would pass Cain sometime in April, overtake Dunstan in May and beat Hamer in September into second place. Bolte would seem well out of reach.

Polls show the Opposition, led by Liberal Matthew Guy, behind Labor for the November 26 poll. The TAB is offering $1.07 for Mr Andrews to be returned and $8 for a Coalition victory.

‘It will be tighter than people will expect,’ she told Daily Mail Australia.

‘He will suffer in his heartland and the Greens in the inner city will take some skin off him.

‘The Libs will struggle to win. It’s not just the number of seats, it’s the margins in some of the seats.

‘There’s a lot of undecideds though. Wherever they land will be interesting.’ 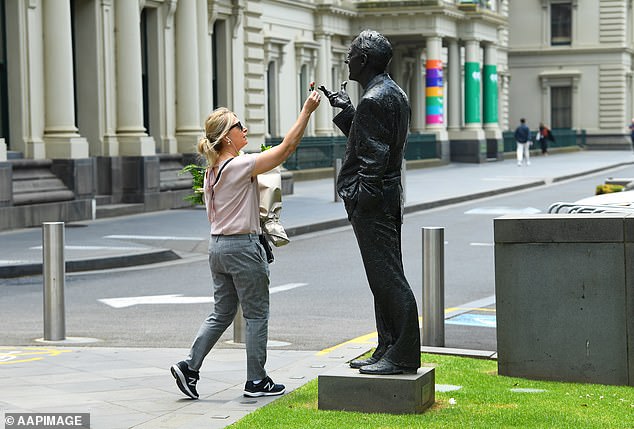 Andrews is the second longest serving Labor premier in Victoria’s history, behind Cain, having been elected in 2014 and serving almost eight years. The statue of Cain is pictured