He spent three months in hospital after plunging 35 metres from a hotel balcony in Paris last year.

And fashion designer Dan Single, 37, has certainly come a long way since the fall,  looking sprightly at a park in Sydney’s suburb of Bronte on Sunday.

Joined by his son Justice, 12, Dan looked jubilant as he spent quality time with his boy, showering him with affection.

A spring in his step! Dan Single, 37, looked happy and healthy as he visited the park with 12-year-old son Justice, 12, on Sunday

The duo seemed to be having a ball, as they goofed around on the grass.

At one stage, Dan was seen hugging his hoodie-clad son closely as they enjoyed a special family moment.

The relaxed excursion comes after a tumultuous couple of years for Dan. 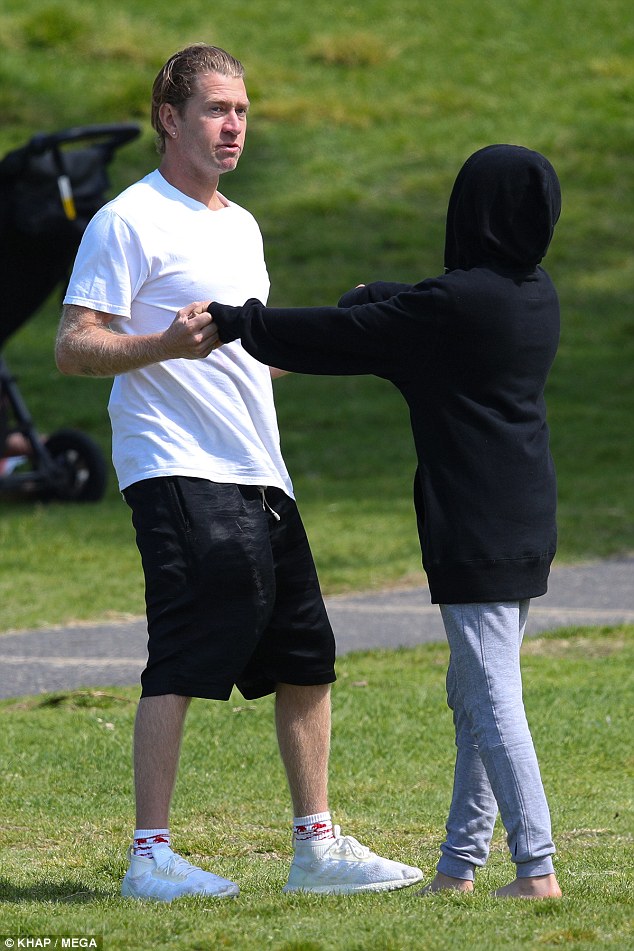 Fatherly love! The duo seemed to be having a ball, as they goofed around on the grass 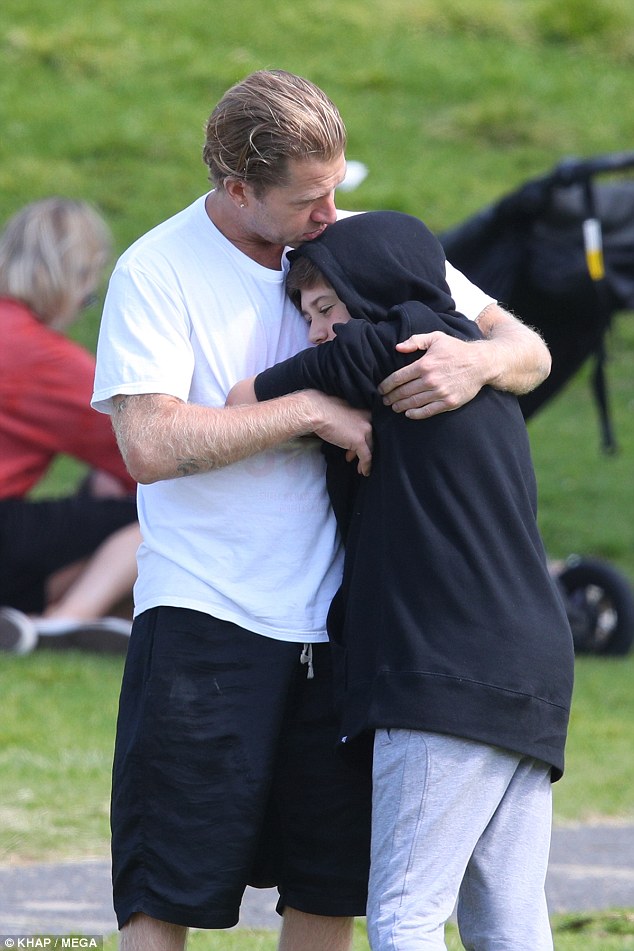 Tender: At one stage, Dan was also seen hugging his hoodie-clad son closely

Back in March last year, he suffered a horrific accident at Paris’ Grand Hotel Amour after he fell from his hotel room balcony.

As a result, he was put in an induced coma with his then-wife model Stephanie ‘Bambi’ Northwood Blyth by his side.

A month later, previously supportive fans turned on him, labelling him ‘pathetic’ for using fundraising website GoFundMe to ask for $250,000 to cover hospital bills. 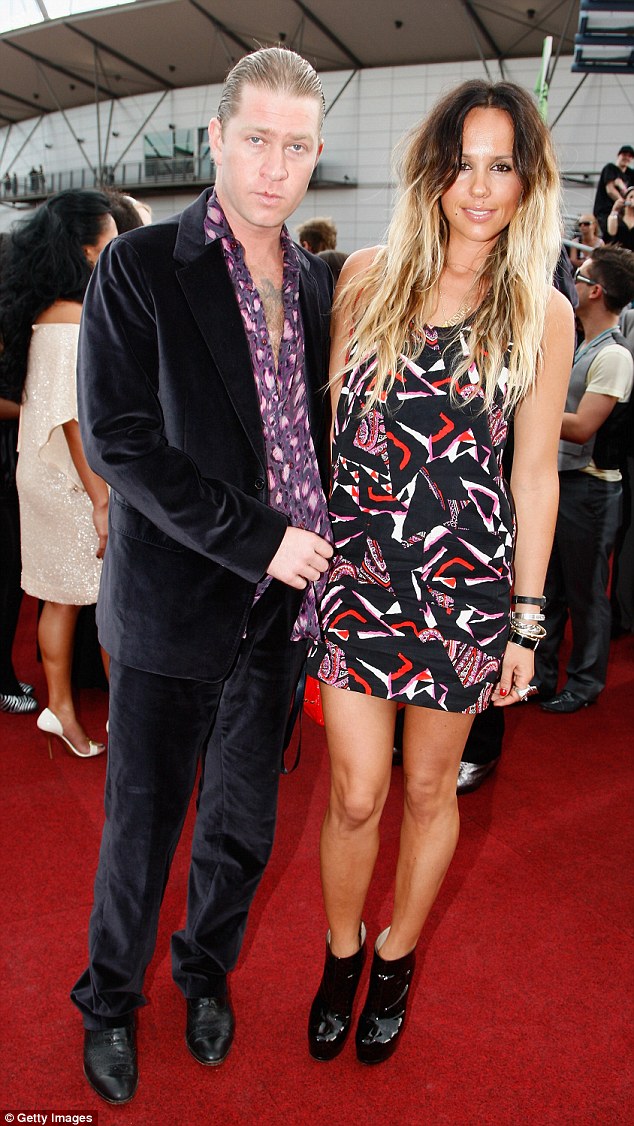 It was later claimed Bambi was ‘mortified’ about Dan’s decision to ask for money, and reports subsequently emerged speculating the pair had split.

In March this year, Dan confirmed his split from Bambi, writing to fans on Instagram: ‘When I fell, my hips and pelvis broke in half, and with that our D&B co-dependent relationship broke too.’

‘We were no longer joined at the hip. Two people cannot live as one, it’s not healthy, you can try but you’re really living half a life,’ he added.

In August, he revealed his new girlfriend Sybil Sweet to fans via Instagram, sharing an image of the brunette covering her face along with a fawning caption.

‘So at the end of last year, out of nowhere a girl pops into my life and she is now my girlfriend, we’ve been real quiet about [it]’, he cooed. 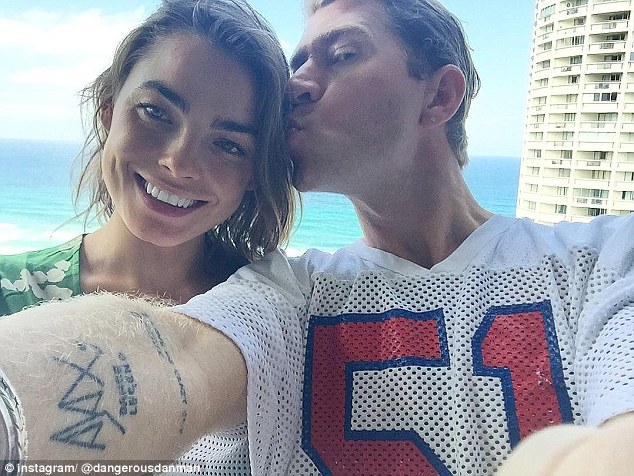 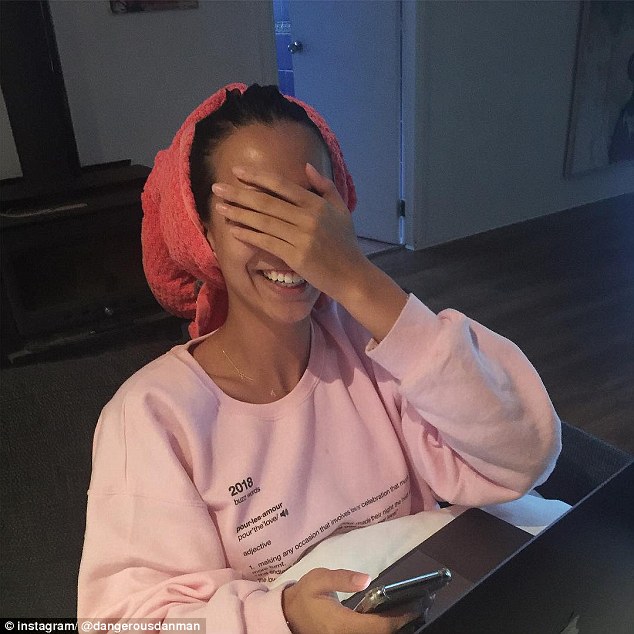 ‘So at the end of last year, out of nowhere a girl pops into my life’: In August he revealed his new girlfriend Sybil Sweet (pictured) to fans via Instagram, sharing an image of the brunette covering her face along with a fawning caption