A teenager was left ‘humiliated and scared’ when a Thomas Cook flight attendant allegedly refused to fly her home – because her life-threatening strawberry allergy would mean they couldn’t serve Magners cider.

Chloe Fitzpatrick, of Bolton-by-Bowland, Lancashire, was already nervous about her first trip abroad without her parents to the Greek island of Zante last week.

The 19-year-old said she told the two stewards about her airborne strawberry allergy when she got on the plane and the pair agreed to not serve the berry Magners cider and rosé wine.

However the dance and drama teacher claimed a more senior flight attendant then refused to not serve the two products on the flight, despite it putting her at risk of anaphylactic shock.

The staff member then allegedly told Miss Fitzpatrick she would have to get off and find another way back to the UK, because she was not comfortable with her on the flight due to her condition.

After two fellow stewards protested, Miss Fitzpatrick claimed the woman agreed to allow her to fly home and made an announcement to other passengers that they could not eat strawberries on board.

Thomas Cook Airlines has insisted that the cabin manager had followed the normal course of action in their pre-flight breifing, and that safety is ‘always our first priority’.

But Miss Fitzpatrick, who was diagnosed with a severe strawberry allergy when she was ten months old, claims she was ‘humiliated’ by the attendant’s treatment of her. 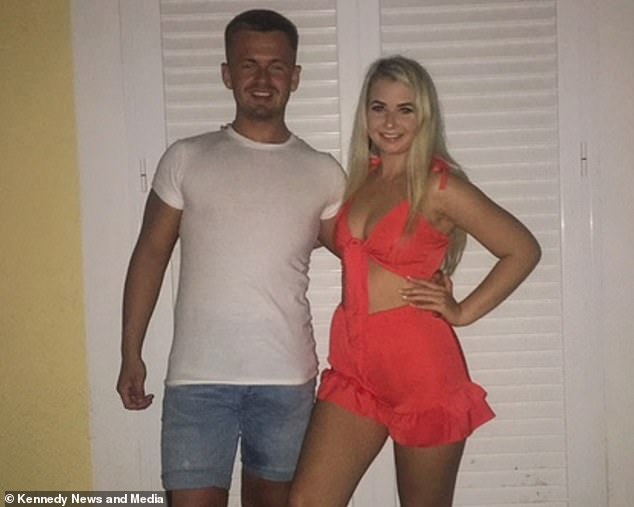 She said: ‘It was disgusting really. She was saying people with my condition shouldn’t be flying if it’s that serious. Why should I not be able to get on a flight?

‘The staff member was just really rude and belittled me and made me feel really small. I’m only 19 so it’s the first time I’ve been on holiday without my parents.

‘I just felt embarrassed and scared. But she knew that. She could tell I was a young girl. It was my boyfriend that was trying to talk her round.

‘She couldn’t really say anything when he was saying ‘are you not going to put someone’s life above someone else’s experience of a flight?’.

‘She was just really horrible to me. She said that I couldn’t get on the flight.

‘She was really rude and she could see that I was getting worked up when she said I couldn’t get on the flight and they weren’t going to stop sellIng strawberry products.

‘She came towards me and she said ‘I’m really not happy going through with this flight with you on board with your condition’.

‘She was saying ‘I’m not happy not serving these products because we’ve got more than 200 guests and what do you expect them to do?’.

‘All the things that were on the menu that I couldn’t have, they were out of stock for most of them anyway. 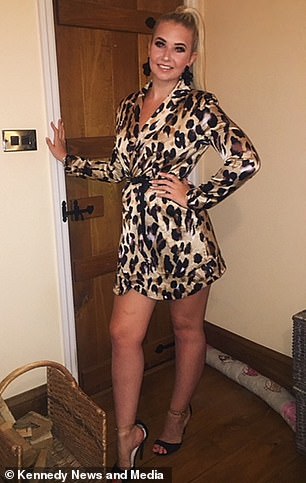 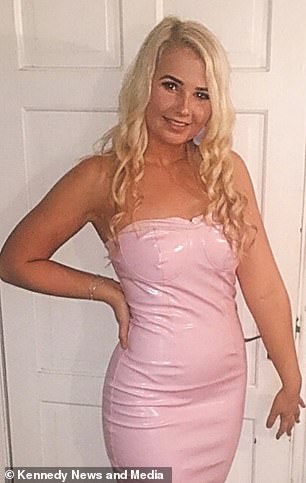 ‘They were refusing products to people anyway so two extra items weren’t going to make a difference.

‘It wasn’t like they had the whole menu available, they were letting the customers down anyway.’

Miss Fitzpatrick was flying home to Manchester at the end of her ‘last-minute’ trip to Zante with boyfriend Matthew Higson, 21.

She carries two Epipens around with her at all times in case she has an anaphylactic shock, which would then leave her hospitalised and in recovery for up to two weeks.

After explaining about her allergy on the flight out to Zante the week before, Miss Fitzpatrick claims the first set of flight attendants were more than happy to help her.

Miss Fitzpatrick said: ‘On the way there they were absolutely fine about the strawberries and couldn’t have done more for me. 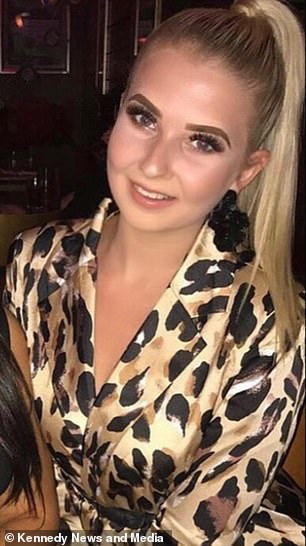 ‘They had meals on board and I had forgotten to ask about the meals, and they were just like ‘don’t worry, it’s better to be safe than sorry’.

‘But on the way back we were delayed an hour and I was rushing to get on.

‘I explained everything to the two girls and they were like ‘of course, we’ll let the others know. Could you write down the things in our menu that you can’t have?’.

‘I sat down, quickly wrote the things down on a piece of paper that I couldn’t have. Then the third staff member wanted to speak to me to see whether I could go ahead with the flight.

‘I was in shock because how am I meant to get home if I couldn’t get on this flight? I didn’t have enough money to get another ticket. It wasn’t like I could just go home if they’d refused me the flight. I’d have been stuck in Zante.

‘I said to her it was fine on the way here so I don’t understand why it’s not now. If it was an issue with the company then surely they wouldn’t have let me on the flight here.

‘It’s an airborne allergy. The slightest thing can set me off. I have about two to three (anaphylactic episodes) a year which is really hard.

‘The woman didn’t understand that the air conditioning used on planes is reused, so if someone is sat on seat one and I’m in seat 34 I can react to it because it’s in the air.

‘She said ‘it’s such an inconvenience to all our customers that you’re allergic to strawberries and we can’t serve these products’.

‘Luckily the two girls she was working with said it wasn’t an inconvenience. They convinced her in the end.

‘She said ‘like I said I am going to make an announcement but I’m not happy about it’.

‘She could see I was about to cry and grabbed the phone and made the announcement ‘you can’t open any strawberries’. That was it really.

‘Me and my boyfriend quickly sat down and everyone was looking at us. I was crying because I was upset and wondering if they were still going to sell them.

‘The other airhostess came and apologised for the woman’s behaviour and said she wasn’t going to sell the strawberry products.

‘They said we told her we’re not selling them. She was just really rude. All through the flight she was scowling at me whenever she passed with her cart.

‘I’m not saying it’s Thomas Cook as a whole because on the way there they were absolutely fine, but I think they should be aware of it.

‘It’s definitely worth retraining staff. She didn’t have any compassion towards me at all or my feelings.

‘I think when you’re doing customer service you need to take people’s feelings into account and she could see I was upset and that I wanted to cry. She had no sympathy for me.

‘She said to me ‘have you got an Epipen?’ I said ‘yes’, and she said ‘right, you should be fine then if you’ve got your stuff. I should be able to serve up things’.

‘She didn’t get that you should only have to use your Epipen if you go into anaphylactic shock and if you can prevent that happening to someone then you should do everything to stop it.’

Miss Fitzpatrick shared her nightmare ordeal online to try and raise awareness of her allergy – where it was shared, liked and commented on more than 800 times.

A Thomas Cook Airlines spokesman said: ‘The safety of our customers and crew is always our first priority.

‘When a customer lets us know that they have an allergy, the cabin manager will share the information with the captain and crew as part of their pre-flight briefing to decide on the best course of action, based on the severity of the allergy.