Dangers of a vegan diet

Switching to a plant-based diet could leave you feeling sluggish, bloated and have stubborn breakouts if you don’t replace your nutrients correctly.

While documentaries like What the Health have inspired a 600 percent spike in veganism in the last three years, ex-carnivores who have replaced burgers for beans and cheese for pasta are lacking key nutrients: vitamin B12 and protein.

Missing those essential nutrients can lead to acne, fatigue and even make you depressed, while feeling bloated and gassy could be from eating too many protein-high beans.

Two top New York registered dietitians explained to Daily Mail Online what could be making vegans and vegetarians feel not so good and how to get the nutrients you need when on the popular diet.

Plant-based dieters who experience lack of energy, bloating and acne may not be getting the proper nutrients they need, normally found in animal products

Veganism and vegetarianism has exploded in the last few years, with millions of people looking to cut out animal products for both ethical and health reasons.

A report by research firm Global Data claims that veganism has seen a 600 percent spike in the last three years in the US.

The 2014 report said one percent of Americans described themselves as vegan, whereas six percent now identify with the food trend.

The documentary released this year, What the Health, could have contributed to the surge after using scare tactics to get carnivores to cut out animal products.

It makes claims that these products are making us fat, giving us cancer, and poisoning us with toxins, comparing one egg a day to smoking five cigarettes.

Plant-based diets involve taking out red meats and at times seafood, which research has shown can lower blood pressure and risk of obesity. 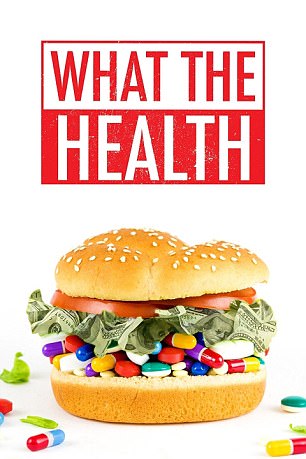 This diet, when done correctly, has been proven to lower the amount of saturated fats, cholesterol and sugar amounts consumed by the body.

Nutritionist Lorraine Kearny told Daily Mail Online to do your research to know which nutrients you’ll be lacking and make a plan if you’re switching to a plant-based diet.

Registered dietitian Tara Condell from Top Balance Nutrition said: ‘Any significant changes in your diet are going to make you feel different.’

She suggests seeing a dietitian if you are going from a meat-heavy diet to a vegan diet to avoid the the uncomfortable side effects if you don’t properly replace nutrients.

The experts explained what may be causing the plant-based dieter’s bodies to react in this way.

Fatigue or exhaustion occurs due to the lack of vitamin B12 found in eggs, fish poultry and cheese.

Vitamin B12 is a nutrient that helps keep the body’s nerve and blood cells healthy and helps make DNA.

The body does not make B12 and cannot store it because it is a water soluble vitamin, meaning it is eliminated in urine and we require a continuous daily supply in our diet.

Kearny suggests taking a B12 supplement or adding nutritional yeast to your dishes to make up for the essential vitamin.

‘A B12 deficiency can make you depressed, cause memory loss and just gives you the blues,’ said Kearny. ‘An increase in the vitamin is good for cognition and preventing anemia.’

If you’re starting developing unruly acne, it may be due to a lack of protein.

Protein is essential to the maintenance of muscle mass as well as healthy skin, hair and nails.

A big issue plant-based eaters have is that no single vegetable contains all the essential proteins one needs in their diet, unlike meat

But Kearny said it is fairly easy to get the proper amount of protein per day on a plant-based diet once you start pairing the right foods together.

Women need about 55 grams of protein per day and men need 65 grams.

Eating peanut butter on bread is about 18 grams of protein and Kearny said just one properly paired meal can get you your daily supply.

She said it is easy to do once you start pairing food together.

3. Cut back on refined carbs

‘When people go into veganism they tend to replace their protein sources with more carbs and don’t get enough fiber,’ said Condell. 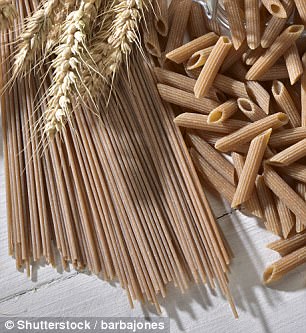 She said that white refined carbs, such as regular pasta and white rice, should be replaced with complex carbohydrates such as whole grains that include brown rice, wholewheat pasta and oats.

These foods are high in fiber, which is important for regular digestion and will help balance blood sugar and keep you fuller longer.

Consuming too many refined carbohydrates also increases the rick of diabetes and hyperlipidemia, a condition that occurs when there is too much fat in the blood.

4. Be careful of protein shakes

A common misconception that Kearny sees in new vegans and vegetarians is drinking shakes mixed with protein powder as a proper source of protein.

Many of the ingredients in protein shakes have hidden or synthetic sugars that cause inflammation and upset the digestive tract.

The high-sugar content can also lead to a rise in blood-sugar level and eventually cause diabetes.

Kearny said that the synthetic sugars make your body crave more sugary food because they are digested differently than regular sugars.

She warns her clients to always read labels and suggests getting protein from food rather than drinking them in a shake.

5. Too many beans and vegetables

Ironically, consuming too many vegetables can cause bloating and too many beans can lead to problems with the digestive tract.

‘Many times when people switch to a plant-based diet they go from not eating veggies to eating three times a day,’ said Condell.

Having your body get used to so many veggies can cause bloating,’ she said and deter someone

Condell suggests cook vegetables as your body is getting used to the nutrients in vegetables.

Beans are also great source of protein but eating them at every meal can cause GI tracts discomfort and gas.