Dani Carvajal will remain with the Spain squad ahead of the World Cup despite suffering a hamstring injury during Saturday’s Champions League final.

The 26-year-old right-back limped off 37 minutes into Real Madrid’s 3-1 victory over Liverpool in Kiev, sparking fears he could miss the World Cup.

But medical tests have revealed the hamstring problem isn’t as serious as first feared and Carvajal will remain with Julen Lopetegui’s squad for the time being. A statement released by the Spanish Football Association said Carvajal will link up with the Spain squad on Monday afternoon.

However initially, he will undergo a recovery process to heal the hamstring tear in his right leg and not participate in full training. 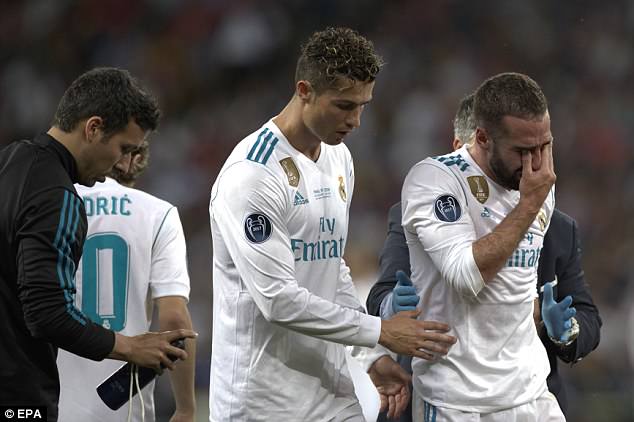 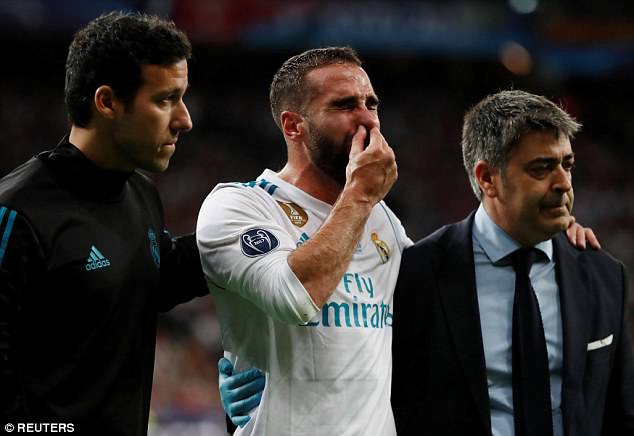 Despite his fears on Saturday night, it appears Carvajal’s World Cup dream isn’t over yet

This means he is unlikely to play any part in Spain’s two warm-up friendlies against Switzerland in Villarreal on June 3 and Tunisia in Krasnodar on June 9.

All attention will focus on getting Carvajal, capped 15 times for his country, fit and ready for their tournament opener with Portugal on June 15 in Sochi.

Iran and Morocco also feature in Spain’s group. They face Iran in Kazan on June 20 and Morocco in Kaliningrad on June 25.