Daniel Andrews is planning to extend Victoria’s state of emergency until December to keep coronavirus restrictions in place.

The government will introduce a bill on Tuesday to push the emergency powers past its 12 month limit.

The state of emergency which was introduced last March is due to end on March 15 but Mr Andrews is hoping to extend it until December 15.

The state of emergency allows the government to enforce rules such as hotel quarantine, laws around masks as well as restrictions on indoor and outdoor gatherings. 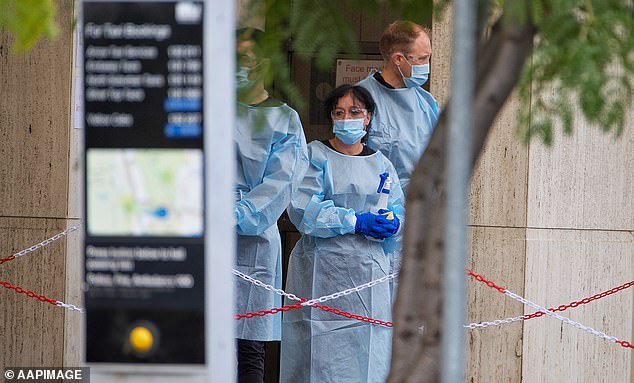 The state of emergency allows the government to enforce rules such as hotel quarantine, laws around masks as well as restrictions on indoor and outdoor gatherings (staff in PPE outside View Hotel in Melbourne) 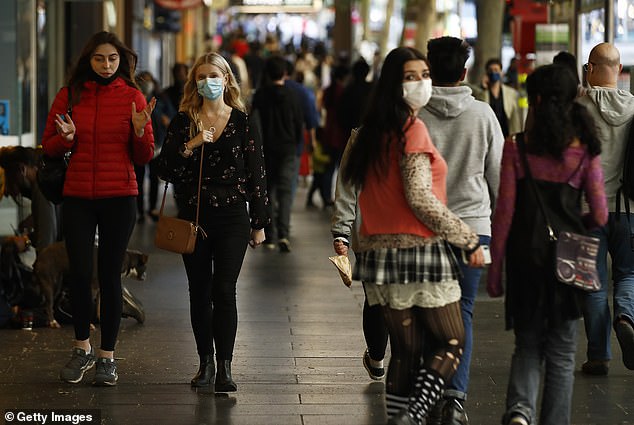 ‘This is not about new rules. This is just about keeping the current rules in place and potentially loosening them off as conditions continue to get better,’ Mr Andrews said.

‘We can’t go to a situation where there are no rules we have to continue to acknowledge and embrace the fact that what we built is precious and has to be defended.’

The Victorian premier said even with the roll out of the Covid-19 vaccine, strong restrictions would need to remain in place.

‘It’s very heartening to think that we’ll be able to protect people from really significant illness, but the notion that people could still have the virus and pass it on will mean that things like hotel quarantine will for quite some time, be a feature of our COVID normal,’ he said.

It comes as Victoria recorded its 27th day with no new locally acquired cases.

Mr Andrews also announced on Tuesday both public and private sector offices would increase to 75 per cent capacity.

Private sector workplaces had been capped at 50 per cent while public offices were capped at 25 per cent. 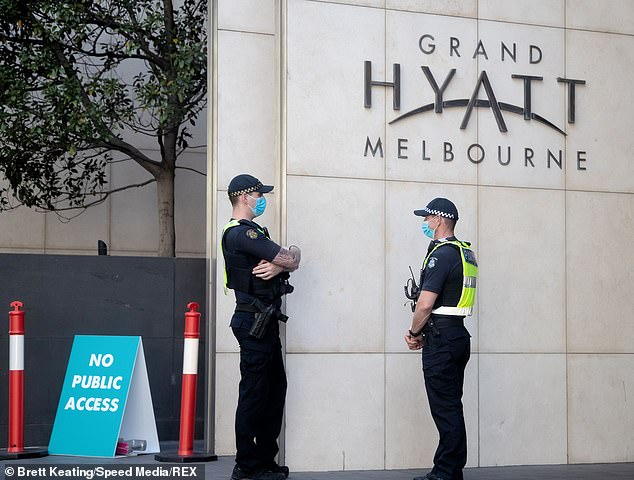 Police officers are seen outside a hotel quarantine facility in Melbourne

The new changes will come in a bid to boost business for hospitality and retail venues hit hard by the pandemic in Melbourne’s CBD.

With the influx of commuters returning to work from Monday, Mr Andrews reminded Victorians masks would still need to be worn on public transport.

Under the Public Health and Wellbeing Act 2008, state of emergency powers were only enforceable for a maximum of six months.

This was extended by the Andrews government to one year after negotiating a coronavirus clause.

If the bill is passed to extend the state of emergency it will be in place for a total of 21 months. 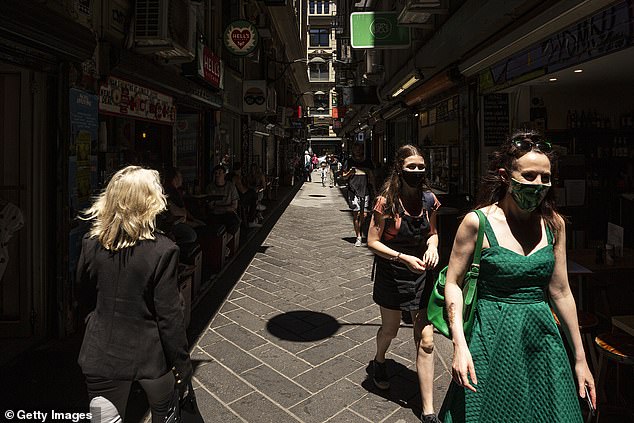