The next level. It is what every club is searching for, apparently. A manager, an owner, a player who will take them to the next level.

At some clubs it is hard to gauge, at others unattainable.

At Tottenham, the next level is easy to identify. Win a trophy. So they have brought in a manager who does that regularly. 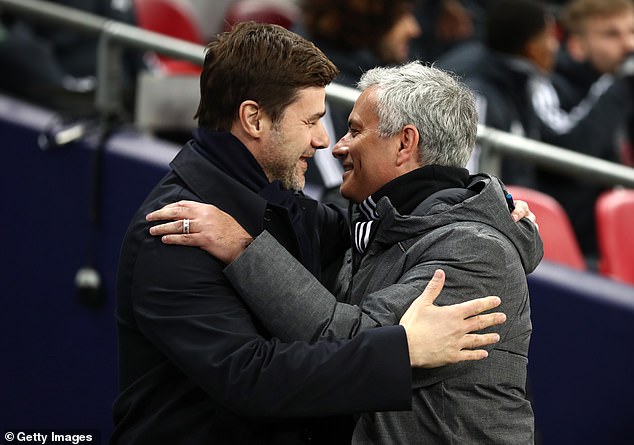 To listen to some of the reactions to news of Mauricio Pochettino’s replacement one might be forgiven for thinking Daniel Levy had popped down to Hades and handed a contract, or his soul, to the Prince of Darkness.

Jose Mourinho, one of the most successful managers of this, or any, generation is unrecognisable in these portraits. So are his most recent tenures at Chelsea and Manchester United. They ended badly and bitterly, we know.

Yet the supposedly lousy spell at Chelsea included two trophies — the Premier League title and the League Cup. One imagines Spurs would settle for that.

Equally, his woeful period with Manchester United produced only three — the Europa League, the League Cup and the Community Shield, which nobody considered a serious prize in this country until Mourinho started playing it for keeps. And that, as much as anything, shows the man. He is about the end return, the bottom line. 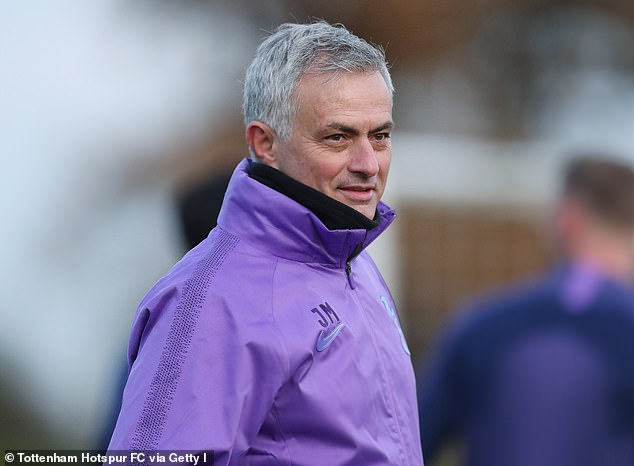 And now Tottenham are, too. This is the next level. Mourinho is not a manager who wishes to be judged in five years.

He proved as much on Wednesday. He won’t take a few days to observe, he won’t sit in the directors’ box at the London Stadium taking stock when Tottenham play West Ham.

He took training immediately on Wednesday, he will pick the XI for Saturday, he will determine how they play and he will stand, exposed, on the touchline again. His team, his responsibility. And his win, if it happens — Tottenham’s first away from home against current Premier League opposition since December 23, 2018.

That is why the Tottenham position holds such appeal. Mourinho will not have been alone in looking at Pochettino’s squad and thinking more could be done.

Much is made of Spurs’ investment compared to their rivals and, in that respect, Pochettino did an outstanding job. Yet that does not take into account the players produced through the academy or bought early and cheap.

Just because Harry Kane, Dele Alli, Danny Rose, Eric Dier, Oliver Skipp, Kyle Walker-Peters and Ben Davies did not cost tens of millions does not mean they are without worth.

Put it like this — Romelu Lukaku set Manchester United back £75million, Kane cost Tottenham nothing. But that does not reflect the potential of those players. Actually, Tottenham have a striker worth twice, perhaps three times as much as Lukaku. Indeed, Kane is probably the most valuable striker in Britain right now. 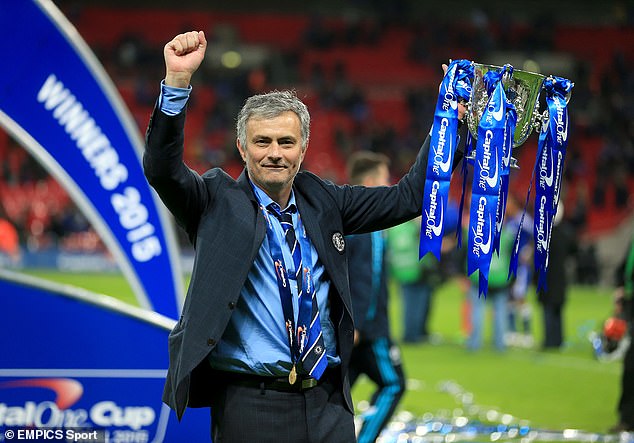 Yet Tottenham are excused a trophy drought stretching back to 2008 because of under-investment, a judgment that considers only what they have bought, not what they have.

It does not follow that one trophy at Tottenham is worth 10 elsewhere, as Pochettino maintained. That is an excellent squad. It should be a trophy-winning squad.

So while Tottenham over-achieved in terms of spending, they fell short at certain moments considering the talent available. Mourinho will think he can address that. Levy will demand it. That’s why he’s paying the money.

Transfer budget money? Well, that’s another potential source of conflict, it seems. If Levy thought Pochettino was demanding, wait until he sees Mourinho’s shopping list — that is the party line. Yet this presumes Mourinho is a fool who hasn’t been paying attention to the club he now manages.

It presumes he wants to burn the last bridge, to undo his reputation in English football before leaving the country. This is a man who once abruptly walked out of a press conference at Manchester United demanding ‘respect, respect, respect!’ for his achievements at Chelsea.

He was wrong that day. Nobody at Manchester United cares about the manager’s history at Stamford Bridge, yet it is plain that legacy matters to him. And nothing would harm that legacy more than a third straight major job soured and spiteful by the end.

One hopes Levy has told Mourinho the truth about what can be expected financially and that the manager understands the limitations of his new club in its expensively constructed stadium. 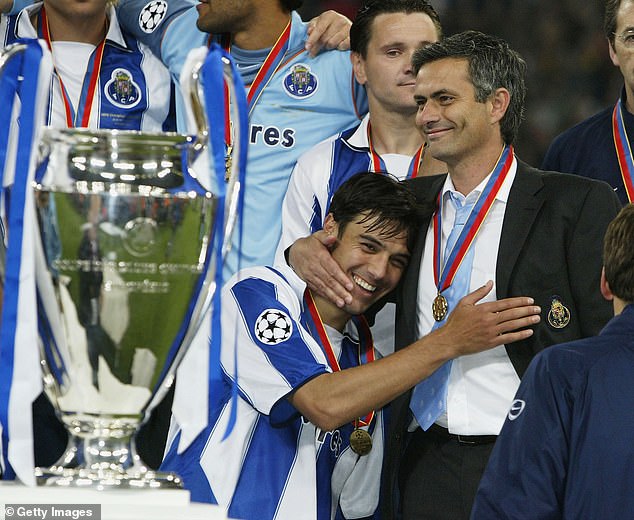 Maybe it needs Levy to expand on the reality publicly, too, so everyone is clear. If he wishes to control recruitment as much as has been suggested by previous managers, he needs to take responsibility for that.

Does Mourinho require a chequebook to succeed? Not necessarily. His record shows a fancy for big spending and wealthy owners, but not all of his greatest achievements have come that way. Porto were not considered one of the Champions League elite when he won the trophy with them in 2004, nor Inter Milan in 2010.

Similarly, Chelsea’s league title in 2015 came at a time when Manchester City were expected to dominate. As for the argument that anyone could win the League with Roman Abramovich’s money, it begs the question about the six full-time managers — not including Frank Lampard, obviously — who had it and didn’t.

Mourinho has won more Premier League titles at Chelsea than all of Abramovich’s other managers put together.

His record doesn’t mean it cannot go wrong, of course. The RFU appointed a proven winner in Eddie Jones and England are noticeably not rugby’s world champions. Even if Mourinho gets the best out of Tottenham, there is still at least one team, probably two, who have the beating of them and his mission is to find a way to work around that.

Yet not all victories involve defeating the best. On April 21, 2018, Tottenham played Manchester United in an FA Cup semi-final. This was not a vintage United team. Phil Jones and Chris Smalling were centre backs, the jury was very much out on Alexis Sanchez, Tottenham were at full strength and much fancied.

United won 2-1. It was another of those days when Tottenham should have, but didn’t.

Levy wants a man who can and who has. The man who was, coincidentally, in charge of United that day. Levy wants his trophy. So while this might not be a match made in heaven, it is surely one that can be understood.