Daniel Ricciardo has reduced a fellow Formula One driver to tears of laughter during one of the sports most hilarious press conferences in years.

The 30-year-old Australian covered his mouth and whispered a racy question to F1 newcomer Lando Norris – causing him lose his composure in front of a packed press gallery ahead of the British Grand Prix.

During a discussion about whether Norris, 19, could grow facial hair, Riccardio leaned in front of Lewis Hamilton, covered his mouth, and asked Norris if he had ‘pubes’ yet.

Norris flashed a smile and jokingly replied ‘no,’ managing to keep a straight face.

A few moments later, however, the joke got the better of him and he burst out in hysterics, covering his face in his hands.

After a reporter asked what was funny, Ricciardo replied, ‘It’s nothing to do with your question don’t worry, it’s not suitable for you guys.’

‘I didn’t think it was that funny,’ Ricciardo said as he grinned.

Ricciardo, from Perth, is currently in 10th place in the 2019 Formula One season.

He switched teams from Red Bull Racing to Renault this year, saying he wanted to ‘get out of his comfort zone’.

Lando Norris, is from the UK and currently in his debut season in F1 – he is in 8th place.

Seated between them at Thursday’s press conference, Lewis Hamilton, also from the UK, is comfortably leading the season. 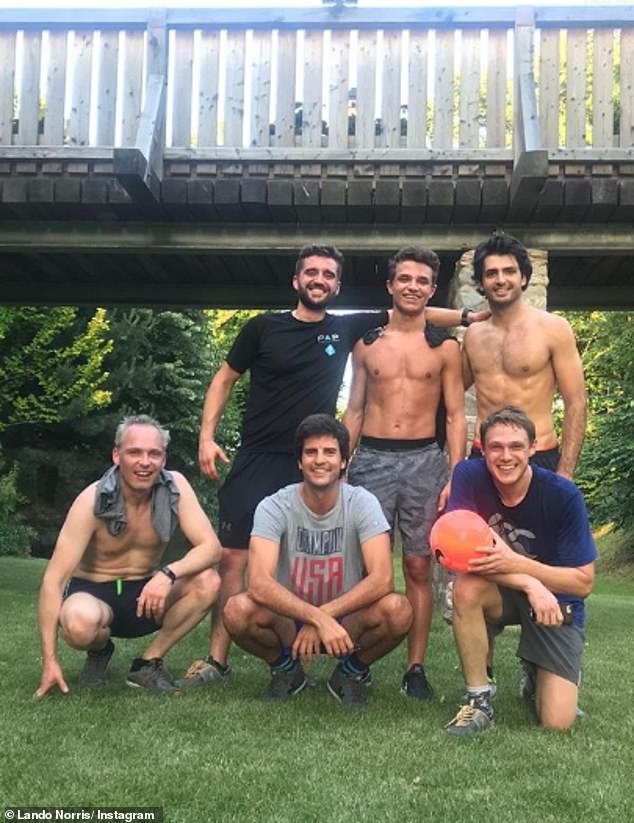