She gave birth to her fourth son, Ronnie, in September with her fiance Michael O’Neill.

And Danielle Lloyd looked back to her best in a pair of figure hugging black leggings and a fur look coat on a shopping trip in Birmingham on Saturday.

The 24-year-old beauty flashed her pearly whites to the camera as she confidently strolled along the street in her black suede ankle boots.

All in black: Danielle Lloyd looked great in figure hugging black leggings and a fur look coat, with her long raven locks straightened on a shopping trip in Sutton Coldfield on Saturday

The mother of four accessorised her sophisticated look with a little pink satin handbag and a shopping bag on her shoulders.

Danielle’s make-up was bronzed to perfection with plenty of golden eyeshadow and lip gloss to enhance her pretty features. 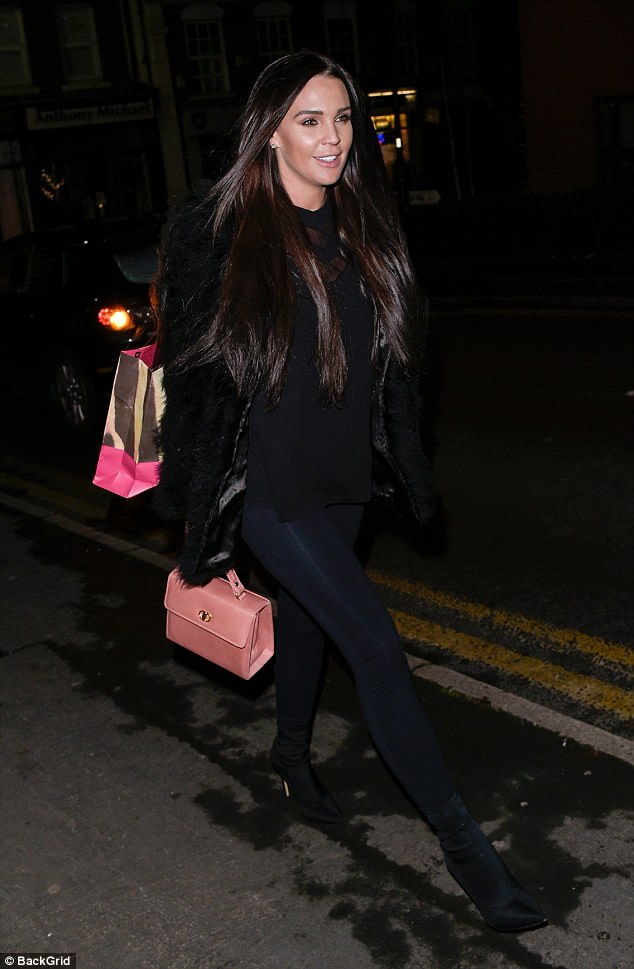 Strutting her stuff! The former Miss Great Britain was back to her best in the black fur outfit, with long glossy locks, black suede ankle boots and a little baby pink bag

Danielle soared to fame in 2004 when she was feted as Miss England before being crowned Miss Great Britain in 2006.

But her beauty pageant days were not to last after she was stripped of her title after posing in the December issue of Playboy in the same year. 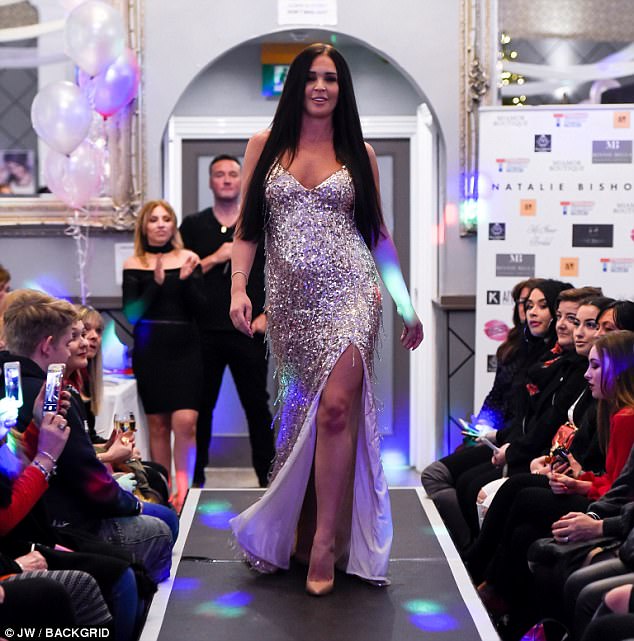 Her post-pregnancy figure has already caused a stir this weekend when she sashayed down the catwalk at a charity fashion show in Birmingham on Friday.

The former Celebrity Big Brother contestant put on a dazzling display in her silver encrusted gown, showcasing her long toned legs with a thigh-high split.

Displaying her enviably svelte frame, all eyes were on Danielle for her return to the catwalk. 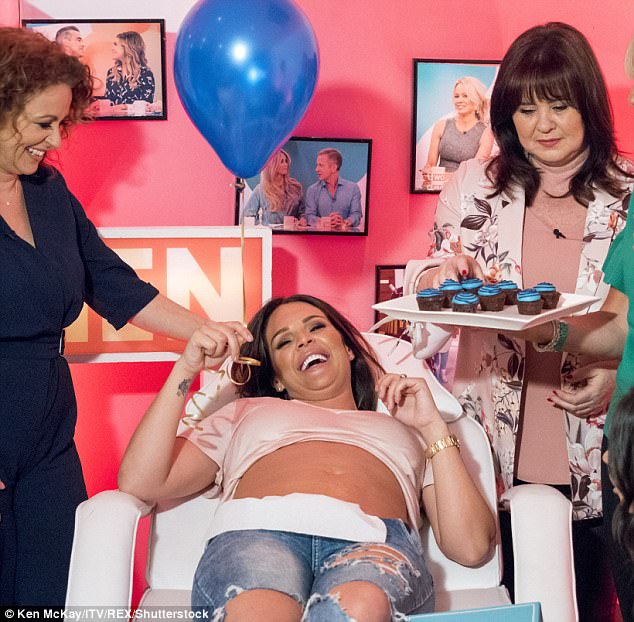 It’s a boy! The moment Danielle found out she was having her fourth boy on Loose Women with Nadia Sawalha and Coleen Nolan back in April, celebrating with blue balloons and cupcakes