Danish police under investigation after hugging woman in a niqab

A Danish policewoman who was photographed hugging a woman in a niqab in Copenhagen last month is under investigation.

The incident took place during a demonstration against Denmark’s ban on face veils,  which came into force last month.

The photo, taken on the day the ban took effect, shows the protester crying while being embraced by the policewoman.

Investigation: Danish MPs filed a complaint about this photograph, which shows a policewoman hugging a protester during a demonstration against the face veil ban

Members of the anti-immigrant Venstre party, which is the biggest in government, reported the photograph to the police complaints body, arguing the officer should not have been involved.

‘The photo has made the police an involuntary actor in a very sensitive political debate which they should not participate in,’ said Venstre MP Marcus Knuth.

‘The police’s job is to enact the law, not to hug people who are against it,’ he said.

The officer’s lawyer, Torben Koch, said the officer felt she had handled the situation appropriately within her role as a ‘dialogue officer’, a role specifically created to ease tension during protests.

‘It is complete nonsense. As my client said, if it had been any other person in the same situation she would have done the same, so it has nothing to do with her wearing the niqab,’ Koch said. 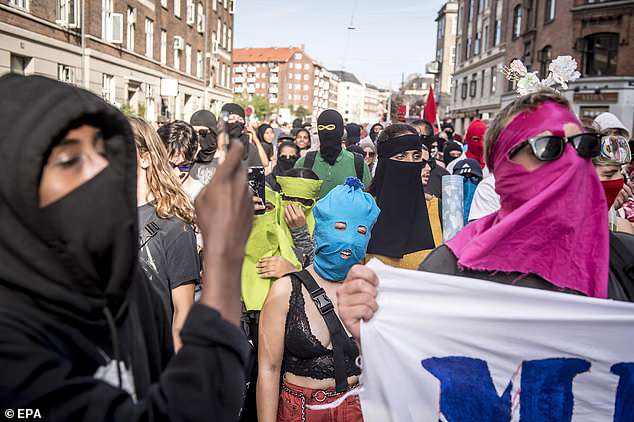 Anger: The photograph was taken during this demonstration in Copenhagen at the beginning of August, when the ban came into effect 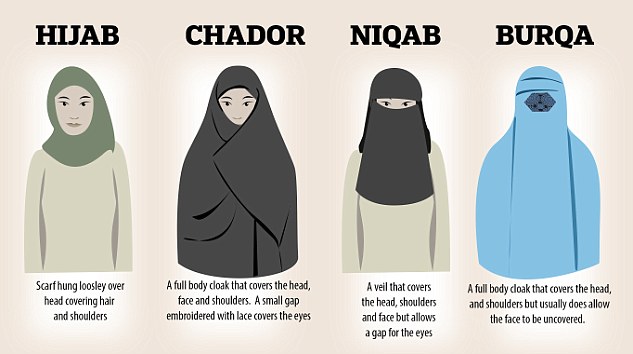 The ban has exposed deep divisions in Danish society, with some arguing it upholds secular and democratic values and others that it infringes on freedoms of religion and self-expression.

Elsewhere in Europe, France, Belgium, the Netherlands, Bulgaria and the German state of Bavaria have all imposed some restrictions on full-face veils in public places.

Knuth said it was not clear if the protester was hugged out off sympathy or because she had been taken ill.

The officer who embraced her, whose name has not been made public, is white and Danish.

Copenhagen police did not immediately respond to a Reuters request for comment.