Danny Cipriani’s new fiancée Victoria Rose O’Callaghan has shared a very sweet picture with her granddaughter following reports she is a nan at aged 39.

Taking to Instagram Stories on Friday, the beauty posted a picture of herself and the little girl, four, at the park writing: ‘Very proud granny to the most amazing little girl.’

In the picture, Victoria’s bond with her granddaughter is clear to see as they hold hands on their fun day out, sporting a strong family resemblance.

Rugby ace Danny, 32, announced his engagement to Victoria this week.

He will become a stepfather to her two children, Jade Austin, 24, and a teenage son, 14, when the pair marry in October.

The sportsman will take on the role of step-grandfather after Victoria’s daughter Jade became a mum four years ago.

Danny’s fiancée gave birth to her first child when she was just 14, with the pair often mistaken for sisters now that Jade has a daughter of her own. 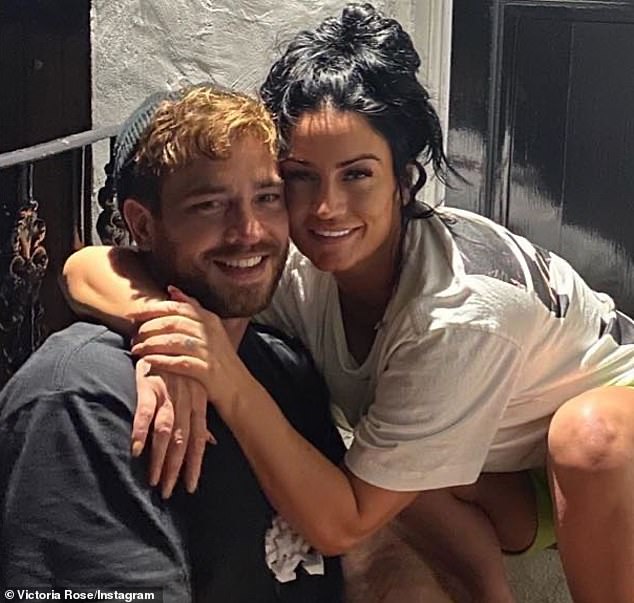 Granny Cipriani! MailOnline revealed on Thursday that Danny Cipriani’s fiancée is a gran and she seems to be a very family orientated and loving person on her social media account

The pair went public with their relationship in June, with Danny saying the mental health campaigner makes him ‘the happiest man in the world.’

Danny, who’s previously had long-term relationships with Kelly Brook, 40, and Katie Price, 42, referred to Victoria’s children on Instagram, saying: ‘You make me want to be the best man I possibly can for you and our family.’

The rugby player found love again four months after expressing his heartache over the tragic death of ex-girlfriend Caroline Flack, who he described as ‘so kind and so beautiful’ in an emotional video on social media.

Danny’s new fiancée was born Victoria Rose O’Callaghan and is from Derby, but has also used the surnames Hare and Newbold throughout her life. 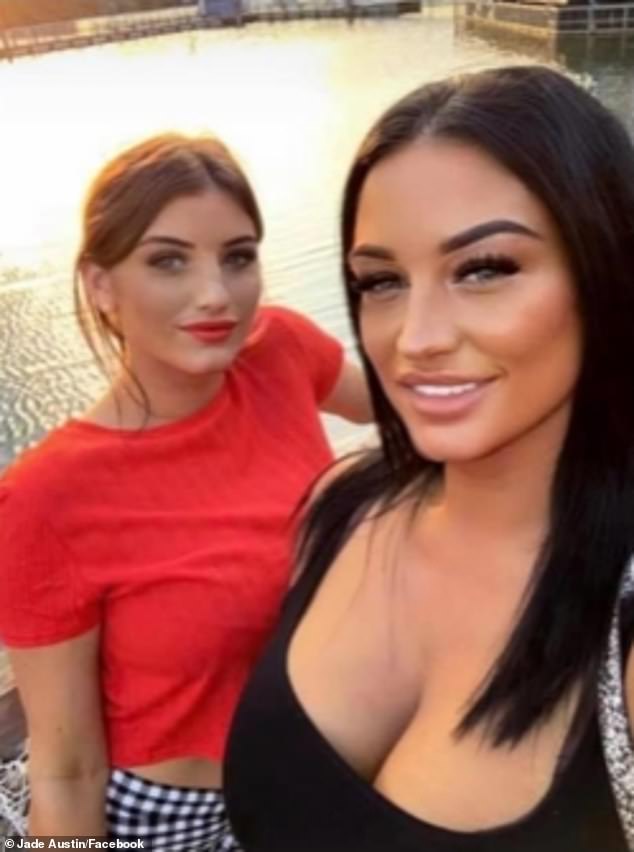 Family: Danny 32, will become a stepdad to Victoria’s children, Jade Austin, 24, and a son, 14, when the pair marry this October (Victoria pictured with daughter Jade) 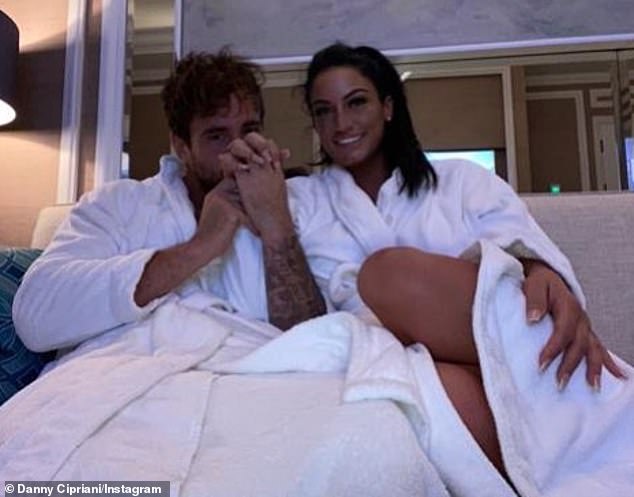 Engaged: Danny and Victoria went public with their romance in June, with Danny saying the mental health campaigner makes him ‘the happiest man in the world’

Victoria has had two long-term relationships before falling for Danny, including with Steven Austin, who is the father of her daughter, and ex-boyfriend Gavin Dunnicliffe.

Danny’s future wife also had a brief fling with Alex Reid, 45, in 2012, shortly after his split from ex Katie Price.

Victoria welcomed her first child when she was 14 with former partner Steve, who tragically died aged 22 in September 1999, leaving the young mum to raise their baby on her own.

Zara Newbold, 31, who’s Victoria’s half-sister, told MailOnline of her sibling’s difficult past, and said her and Danny are lucky to have found each other.

Speaking at her home in Derby, Zara said: ‘She was very young when she had her first baby. 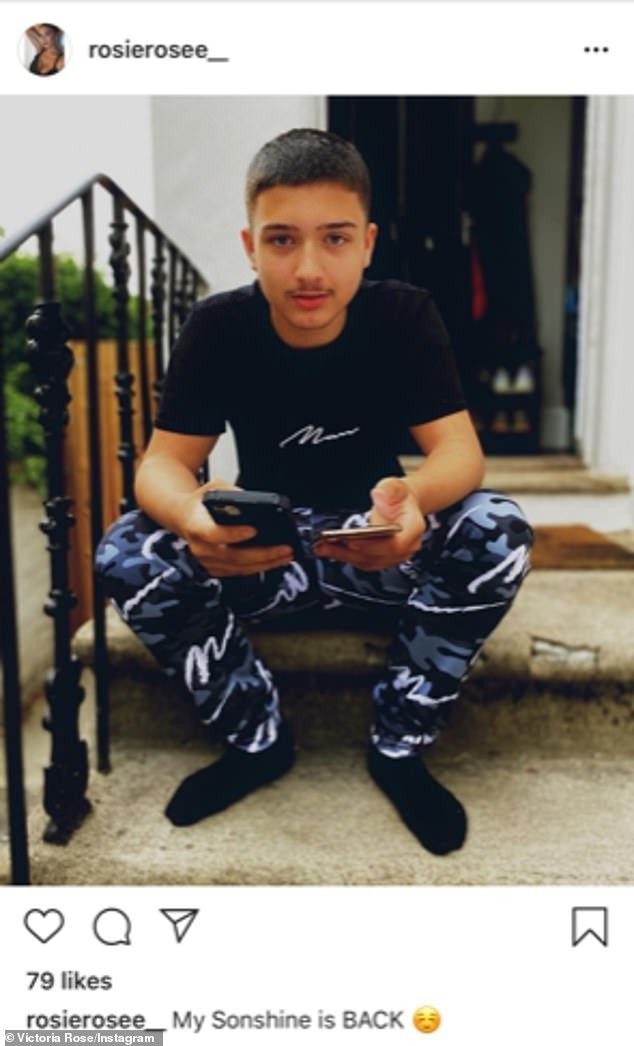 Close: Victoria recently shared on her Instagram a picture of her teenage son, describing him as her ‘sonshine’ 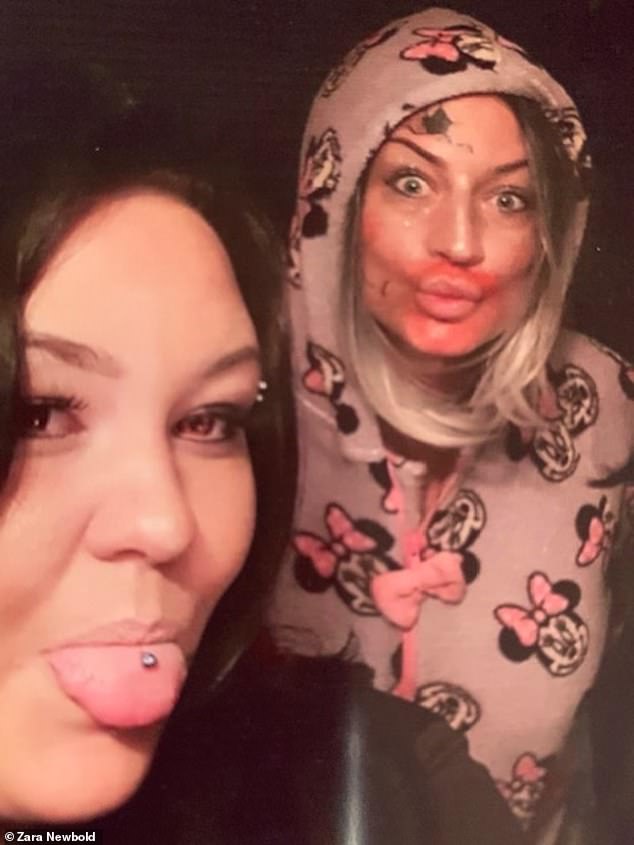 ‘She wanted bigger and better things’: Victoria’s half-sister Zara Newbold told MailOnline of her sibling’s difficult past, after she welcomed her first child age 14

‘She and Steve were happy together and I think they would have had a long lasting relationship. But he died in not a very nice accident leaving Vicky with a young baby, which was hard for her.

‘We grew up in Derby but Vicky later ventured out, she wanted bigger and better things. She moved to Essex and then London.

‘I hope Danny will provide a good, solid and loving relationship for her. That’s all she wants, not the fame and fortune.

‘She had been single for a while and when she said they were together I wasn’t surprised. She knows a lot of A-listers. And we spoke again after he proposed.

‘I’ve not met Danny yet but looking forward to. We’ve spoken and he sounds very nice, very chilled. She couldn’t have met a better person.’ 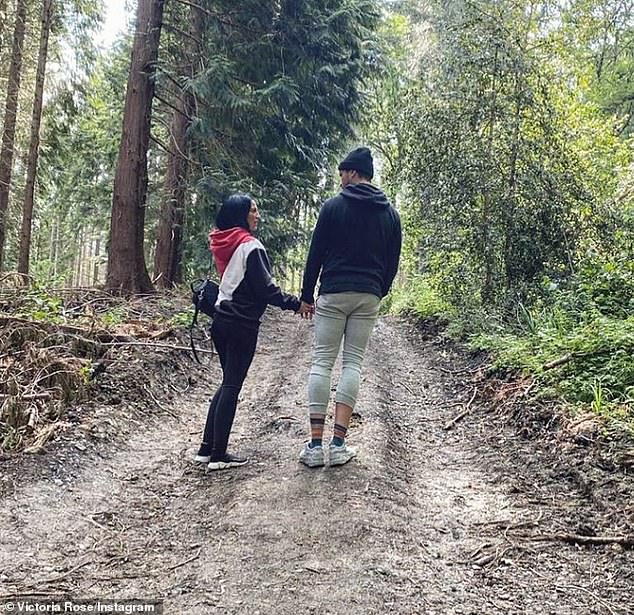 ‘She knows a lot of A-Listers’: Zara said she wasn’t at all surprised after Danny had popped the question and she hopes he will ‘provide a good, solid and loving relationship’ for Victoria

Danny revealed he had popped the question to Victoria on Instagram this week, telling his 258K followers that he ‘can’t wait’ to marry her in October.

On Instagram he said: ‘You are now my wife-to-be. You’re my lover, my best friend, you are so loyal, incredibly intelligent, sexy with so much class.

‘I learn from you all the time. I will never get complacent, you deserve the greatest love every day.

‘My dream of finding The One I never thought would come true. And it has. I vow to you I am going to turn up every day. Love and support you for the rest of our lives.’

Celebrity pals of Danny’s such as Chloe Madeley and Aston Merrygold wished him congratulations after he posted about the happy news.