Tottenham have been boosted by Danny Rose’s return to training as they get ready to face Inter Milan in a must-win clash at Wembley.

Mauricio Pochettino’s men know must come away with all three points from Wednesday night’s game if they are to stand any chance of reaching the knockout stages of the Champions League.

And the Spurs boss’ hopes of doing just that were improved on Tuesday as Rose was pictured training with his team-mates after seven weeks out injured. 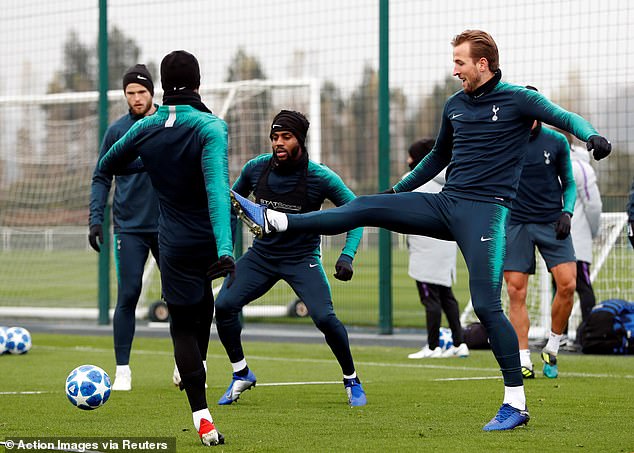 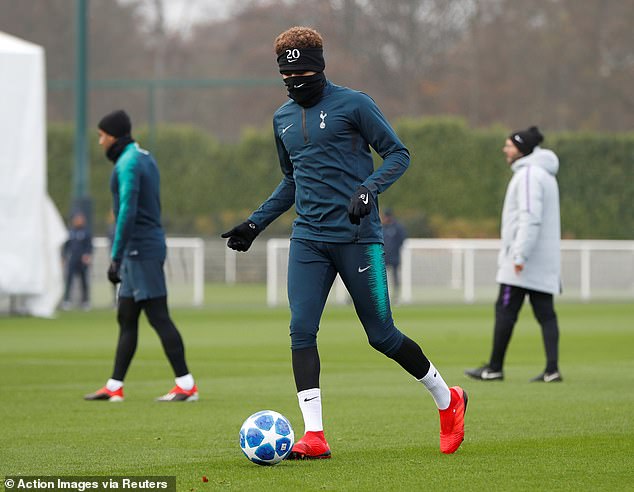 The England defender suffered a recurrence of a groin problem during a 1-0 win over Cardiff in early October and has not played since.

But it appears as though he could be involved – at least from the bench – against the Serie A giants after being put through his paces alongside Harry Kane and Co.

Rose was seen laughing and joking during the session, but Wednesday night’s fixture is all business for Spurs as they look to keep their European dream alive.

Pochettino’s side are only three points behind Inter in the Group B table with two games remaining, but they need to win due to the competition’s head-to-head rule.

Spurs could finish level on points with Luciano Spalletti’s men if they draw at Wembley and beat Barcelona in their final game, although that would mean third place and a spot in the Europa League because of their 2-1 defeat at the San Siro in September.

The former MK Dons midfielder starred at both ends of the pitch – scoring the opening goal and shackling Jorginho – as Spurs ran out 3-1 winners against their London rivals.

‘Dele has that unique quality of appearing at the right time, the right moment,’ he told Tottenham’s official website. ‘It’s a very unique skill and not many people have it.

‘It’s great to have him back. He’s been struggling with injury – even at the World Cup he had a little injury (he missed the group games against Panama and Belgium) – and I feel he’s really reaching his best form again.

‘He looks in fantastic shape again and hopefully he’ll continue to do what he’s been doing for Tottenham since he’s been here.’