Daryl Maguire is called out for his ‘domineering, self-obsessed, bordering on abusive’ attitude

Former Wagga Wagga MP Daryl Maguire is revealing himself to be ‘domineering, self-obsessed and bordering on abusive’ as more of his exchanges with Gladys Berejiklian are played at the ICAC inquiry.

Audio of telephone calls between Mr Maguire and the former NSW premier are coming with a ‘language warning’ before being played by counsel assisting Scott Robertson, due to the former MP’s foul language.

A tapped phone call featured Ms Berejiklian speaking about funding projects in Mr Maguire’s seat of Wagga Wagga and saying of Mr Perrottet: ‘He does just what I ask him to.’

During the call, Mr Maguire said he ‘heckled’ the then treasurer Mr Perrottet and said he would have a ‘f**king riot on your hands’ if his electorate did not get funding for projects including Wagga Wagga Base Hospital and Tumut Hospital.

In one intercepted conversation, Mr Maguire complains to Ms Berejiklian about a series of issues.

‘The Tumut bomb fire, the Tumbarumba bomb fire going, I’ve got all those god damn issues going …. he’s got that f***ing bushfire happening in Tumbarumba and there’s no money for Tumut hospital…. hello, guys, this is the key to win the god damn vote up there…,’ he said.

Ms Berejiklian responds by quietly saying, ‘Can you please not get yourself worked up again because all you do is shout at me sometimes.’ 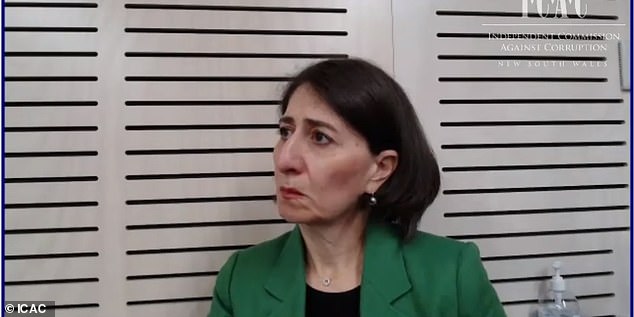 ‘Can you please not get yourself worked up again because all you do is shout at me sometimes,’ Ms Berejiklian is heard to say to Mr Maguire in one secretly recorded conversation 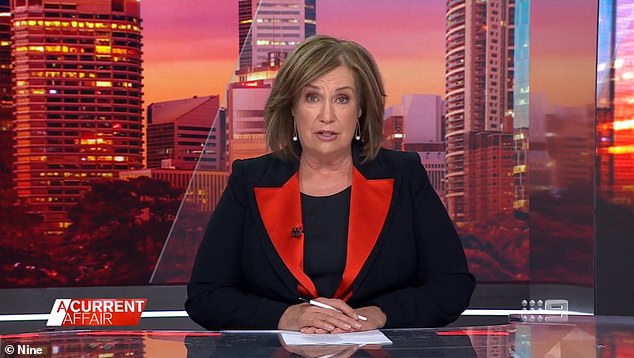 Veteran journalist Tracy Grimshaw, host of A Current Affair, took to Twitter to provide her view of some of Mr Maguire’s distasteful remarks.

Author Sally Rugg also Tweeted: ‘Irrelevant to ICAC proceedings but imagine talking to your partner as rudely as Daryl Maguire talked to Gladys Berejiklian, my god…’

‘Everything else aside, Daryl Maguire sounds like an absolute p***k of a person who is a serious bully … and Gladys, the premier of the great state of NSW, is cowered by this jerk.’

‘Irrelevant to ICAC proceedings but imagine talking to your partner as rudely as Daryl Maguire talked to Gladys Berejiklian, my god…’ Tweeted author Sally Rugg

Sky News commentator and NSW Liberal Democrat Senate candidate John Ruddick weighed in on Mr Maguire’s character. ‘Everything else aside, Daryl Maguire sounds like an absolute p***k of a person’

In one call played at the hearing this morning Mr Maguire boasts that people are ‘s**t scared’ of him.

‘They’ve invited all these people to shake hands and suck d***s,’ he said.

‘The problem is, They’re all that f***ing s**t scared of me now and they’re, and they’re – they don’t know what I’ll do. So whether I’ll just go feral or, or whatever.

‘If they wanna solve a problem, they want to resolve an issue, then they better get off their fat arses and make something happen.’ 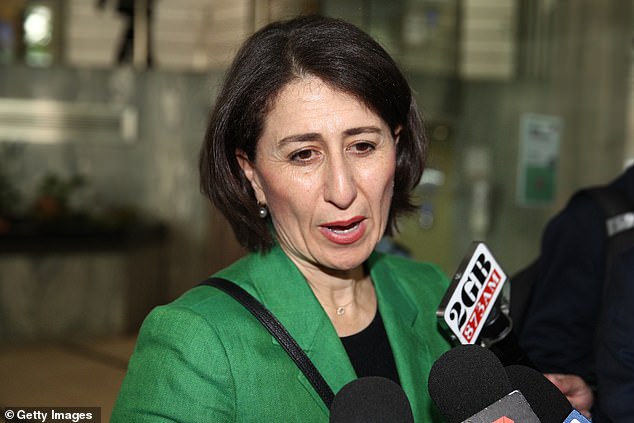 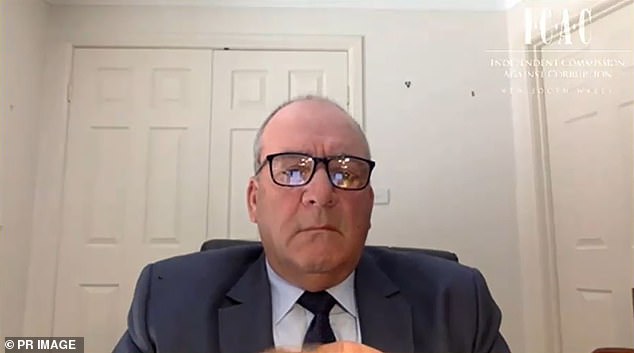 ‘The way he speaks to Gladys Berejiklian is despicable,’ one person Tweeted. ‘I would have knocked him out for speaking to me like that.’

‘I would hate to see how he treats people he isn’t in a relationship with,’ another person posted.

Ms Berejiklian was pressured by Mr Robertson on Friday morning as to why she did not disclose her relationship with Mr Maguire.

‘We didn’t share finances, we didn’t live together, I wasn’t confident in his commitment, I did not regard him as a member of my family,’ she replied.

‘I didn’t regard there to be any impact on my public responsibility and I did not think the relationship had sufficient status.’

The name of the current NSW premier was raised when Mr Maguire said Mr Perrottet had told him there was no money in the budget for those projects but there was money for a planned crack down on graffiti.

She called back later and said: ‘I’ve already got you the Wagga hospital. I just spoke to Dom (Perrottet) … He just does what I ask him to.’

She added: ‘We’re giving Wagga more money than ever before,’ she said. ‘I just got you the one hundred and seventy mill … you can’t tell me you’ve been hard done by.’

With a deadpan expression and a patient but almost robotic questioning technique, Scott Robertson is not the sort of lawyer you might see in a Netflix crime show or a Hollywood movie.

But he is now something of a media star after his grilling of Gladys Berejiklian at Independent Commission Against Corruption hearings was beamed to thousands of Australians on Friday.

Speaking slowly and in monotone, Mr Robertson remained calm and precise as he relentlessly grilled the former NSW premier about her relationship with disgraced former MP Daryl Maguire.

At one stage he asked the ex-NSW premier the same question ten times in a row when she failed to clearly answer if she considered Mr Maguire as part of her family.

‘You regarded Mr Maguire as part of your family, is that right?’

When Ms Berejiklian said she didn’t feel she needed to put the relationship ‘on the public record’, he curtly responded ‘we’ll let the lawyers argue about the law’ and asked the same question again and again.

‘What’s the answer to my question then? Did you or did you not regard Mr Maguire as part of your family?’ he said.

‘Are you seriously saying that Mr Maguire approached you about projects in the exact same way as all your other colleagues,’ he said.

But he swiftly continued to question the premier in his characteristic monotone.

It’s a technique the lawyer has honed over 12 years since being admitted to the NSW bar in 2009.

According to his online profile he has degrees in economics, international studies and law from the University of Adelaide and also did a Masters’ degree in law at Oxford University which he completed in 2007.

He specialises in commercial, construction and public law, but likes to challenge himself him by ‘appearing in jurisdictions in which he is not a regular and in matters raising difficult or novel points of law or equity.’

Mr Robertson is the counsel assisting the NSW Independent Commission Against Corruption as it investigates whether Ms Berejiklian encouraged or allowed corrupt conduct by her secret ex-boyfriend and former Wagga Wagga MP Mr Maguire between 2012 and 2018.

It is also probing her role in multi-million dollar government grants to a gun club and conservatorium of music in his electorate.

Ms Berejiklian insists she has done nothing wrong and has ‘always acted with integrity’.