Google has launched a new app to help solve one of the biggest and most irritating problems for smartphone users – running out of data.

Datally lets Android users keep track of usage over time, as well as minimising the amount of data they waste.

The software can also point you in the direction of nearby Wi-Fi hotspots, as well as blocking background activity completely.

Google has launched a new app to help solve one of the biggest and most irritating problems for smartphone users – running out of data. Datally lets Android users keep track of usage over time, as well as minimising the amount of data they waste

Research found Britons spend nine hours a day hooked to their device and nearly a third of people are unable to go an hour without their phone.

One in five of the 3,000 Britons included in the survey have owned up to using their mobile while driving, according to new research.

A company has now created a ‘prosthetic phone’ to help people wean themselves of electronic devices.

Created as part of Google’s Next Billion Users initiative (NBU), developers were inspired by seeing the lengths commuters went to in order to save their precious data.

Datally not only shows users where all their data is going, it offers them the ability to control each app’s internet access on an individual basis.

The app can also track your usage on an hourly, daily, weekly or monthly basis and give you personalised recommendations on how you can save more.

Blocking all background downloading and uploading is one radical solution available to conserve megabytes, but also means you won’t get any push notifications or messages, other than texts.

Previously known as Triangle, the new software should allow people to save up to 30 per cent of their data, according to its creators.

In a blog post, Caesar Sengupta, vice president of the NBU team, said: ‘Mobile data is expensive for many people around the world.

‘And what’s worse, it’s hard to figure out where it all goes.

‘That means you’re never just chatting, playing games or watching videos on your phone, you’re also anxiously keeping an eye on how long your data will last. 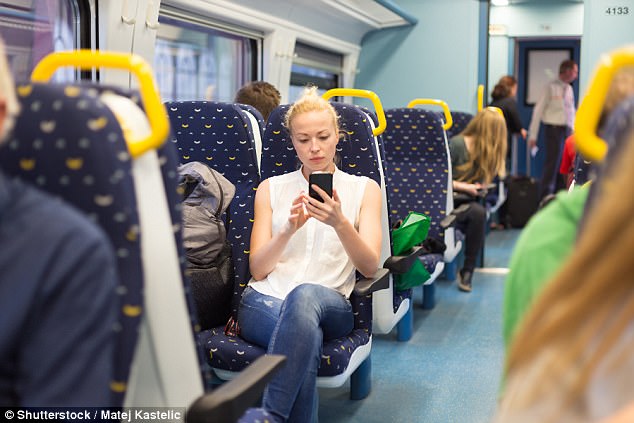 ‘That’s why we built Datally, an app that helps you understand, control and save data.

‘With Datally, you can save more and do more with your data.’

Many of these features are available in the settings of android phones already, but the app is designed to be more user-friendly.

The fiddly process of accessing each setting has been made slicker and the app only requires an incredibly small 6MB of storage space, around the same size as one high resolution image.

With a world of people who struggle to be away from the internet at all, staying connected to the digital world has become a necessity for many.

Josh Woodward, developer of Datally, said that commuters in Delhi, Lagos and Buenos Aires would activate airplane mode for long periods of time before turning it off and allowing a rush of notifications in one go. 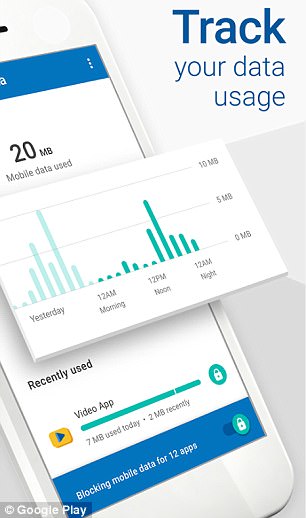 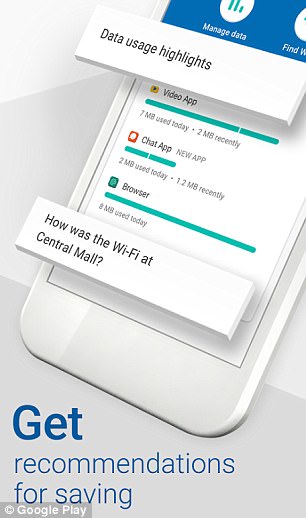 The app shows where and when the most data is being used and allows tracking on an app by app basis (left). It can also show and direct the user to nearby Wi-Fi hotspots to help save mobile data (right)

This inspired Woodward and his team to create an easier way for people to manage their internet data, and make sure it doesn’t whittle away processing open apps in the background.

Data allowances are still very expensive in some countries, and people have a much smaller allocation than in other parts of the world.

In these countries, and others, making the most of the limited data is a top priority.

Although the app is focused on developing countries where internet access and huge data allowances are still a relative luxury, it has been released worldwide on the Google Play store.