A dated home in one of Sydney’s most sought after suburbs has been sold at auction for almost $1million above the reserve as developers battled over the sought-after land.

Around 100 potential buyers flocked to the city’s upper north shore on Saturday to see a three bedroom Roseville home with an original listing price of $4million go under the hammer.

Most of the large crowd were developers not interested in the dated condition of the property but in the huge 910 square metre block of land with stunning district views.

Around 16 bidders registered at the auction and after some fast and furious bidding, the Marjorie Street property sold for $5.2million, well above the $4.35 million reserve.

This Roseville home attracted a crowd of 100 auction attendees on Saturday as it went under the hammer for $5.2million

‘The bids were all over the place. There was a lot of bidding and a super strong result,’ auctioneer Chris Scerri told the Sunday Telegraph.

It’s highly likely the home will be demolished to make way for a dream family home.

‘This solid home offers a rare opportunity to knock down and build the home of your dreams with no heritage or conservation restrictions,’ the property description states.

‘With an exclusive east-side address, a stroll to Roseville/Lindfield village, rail and schools, it is in the perfect lifestyle location.’

The property was previously rented for almost two decades with the last price listed in 2016 at $980 a week.

In the slim chance the successful bidder doesn’t want to knock down, the existing house comes with a light-filled living room and adjoining dining room, while the modern kitchen has been updated with stainless steel appliances.

The huge backyard includes an outdoor toilet, workshop and storeroom. 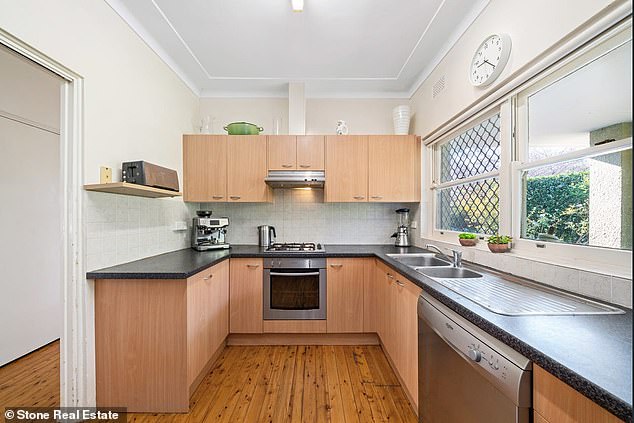 The property will likely be knocked down, despite the kitchen (pictured) being updated with stainless steel appliances

Agent Jill Henry from Stone Real Estate described the home as in good nick but is much smaller than the newer homes it’s surrounded by in the quiet family friendly street.

‘The 910sqm block was undercapitalised. It can have a much bigger house,’ she told the publication.

The auction was one of more than 1200 across Sydney this week– the second highest weekly figure recorded so far this year.

It comes two weeks after hundreds of potential homebuyers flocked to a leafy suburban street to attend another auction on the North Shore, believed to be in North Sydney. 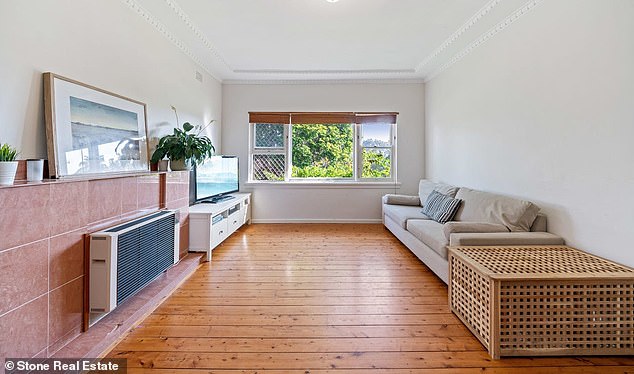 The footage shows both sides of the street packed with potential homebuyers, including young families.

The video was later uploaded to TikTok where it has since gone viral, attracting more than 200,000 views and hundreds of comments.

Viewers were stunned by the crazy scenes.

National property values climbed by 1.8 per cent in April, a sharp comedown from March’s 2.8 per cent pace which was the fastest since October 1988, where Sydney’s median house climbed by 4.3 per cent in one month to a whopping $1.112million, according to CoreLogic data.

House and apartment prices have soared by 10.2 per cent since the short-lived Covid downturn in property prices ended in September last year.

Sydney house prices are expected to skyrocket over the next few years with 140 suburbs tipped to lead the biggest property boom in the city.

Between January and April Sydney’s median price for a home with a backyard increased by 11.2 per cent.

But upmarket suburbs on the Upper North Shore, the Northern Beaches and the Sutherland Shire had price growth that was double that in the same period of time, CoreLogic data showed. 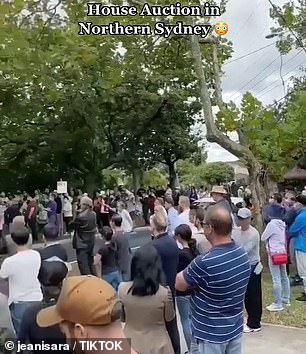 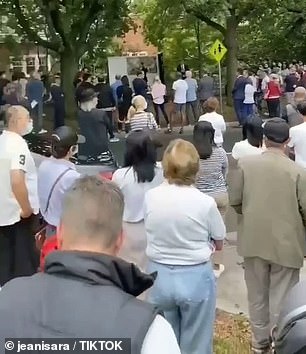 Data from real estate research group Hotspotting has flagged the regions around the New South Wales capital that homebuyers should keep their eye on.

The suburbs stretch from Bondi, in the eastern suburbs, to Mount Druitt, in western Sydney, and from Chatswood, in northern Sydney, to Cronulla, in Sydney’s south.

Sydney’s northern beaches leads the way, followed by the Central Coast, the Sutherland Shire, the North Shore and Ryde with the Hills District in the city’s north-west rounding out the top six regions across the state.