Daughter, 29, avoids jail for glassing her own mother in the face

Daughter, 29, avoids jail for glassing her own mother in the face during drunken row after drinking Tequlia Sunrise and Stella Artois on all-day pub crawl

A woman who glassed her mother in the face during a day-long drinking bender has been spared jail.

Jade Rhodes, 29, attacked her mother Joanne during an argument after downing Tequila and Stella Artois on a pub crawl in Manchester.

Mrs Rhodes was left with cuts and a black eye and needed stitches on her eyeball – but handed the judge a character reference to help her daughter walk free from court.

Just one month earlier, Rhodes – who has seven previous convictions for assault – had been given a suspended sentence after assaulting an emergency worker.

Jade Rhodes, 29, attacked her mother Joanne during an argument after downing Tequila and Stella Artois on a pub crawl 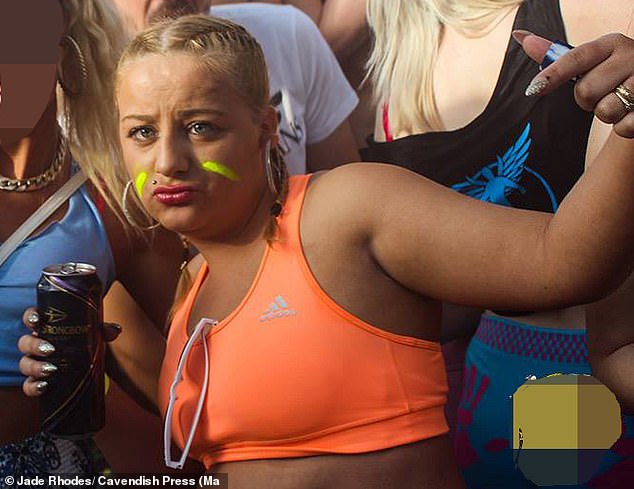 The 29-year-old, from Whitefield, Greater Manchester, said she could barely remember the incident when questioned by police.

Officers questioned her mother about the assault but she said she wanted to forgive her daughter.

Prosecutor Miss Sarah Wait told the court Rhodes carried out the attack after drinking with a group in Bury town centre on 8 July.

She was given 12 months jail suspended for two years and ordered to complete 25 rehabilitation days.

Rhodes has seven previous convictions for assault and in June was given 12 weeks jail suspended for a year for beating an emergency worker.

The court heard she suffered mental health issues due to a ‘terrible personal life.’

Judge Paul Lawton told Rhodes: ‘After a bender with your mother you glassed her in the face. That sort of behaviour would normally result in immediate custody and you were also subject to a suspended sentence at the time.

‘However your background is one of the most tragic I have ever read about. You had medical conditions as a child and your personal life is terrible which has unsurprisingly led to mental health issues.

‘However the way of dealing with that isn’t through a Tequila Sunrise or a pint of Stella Artois. 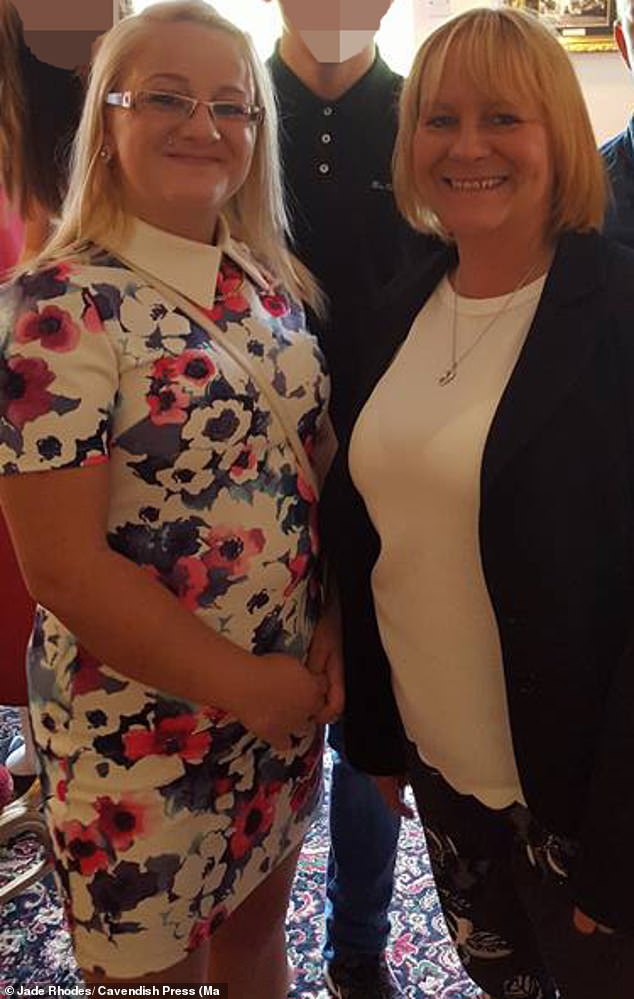 Mrs Rhodes (right, with her daughter, left) was left with cuts and a black eye and needed stitches on her eyeball – but handed the judge a character reference to help her daughter walk free from court

‘Instead you should use the services that are available to you. You are someone who should not touch alcohol she whether or not you do in future will determine whether or not we meet again.

‘This is in your hands. Think about their next time you think about going out drinking cocktails and lager.’

In mitigation her lawyer Katie Laverty said: ‘Her mother has forgiven her and says it was out of character.’

Addressing Rhodes’ mother after the hearing, the judge added: ‘Thank you for your reference. What happened to you is extremely unfortunate.

‘I want to impress on you that your daughter should not access alcohol in the way she has been doing.

‘The answer to her problems is not alcohol it only aggravates the position. You have seen first hand what happens. She will get through these problems if she is guided properly she you are one of the principal people doing that.’