Daughter who stole £120,000 of her mother’s care home fees is jailed for two years

A shameless daughter who pocked £120,000 of her elderly mother’s care home fees before splashing the cash on living a life of luxury has been jailed for two years.

Alison Rice, 51, was made power of attorney after her father passed away in 2015 and briefly looked after her 87-year-old mother Joyce Jones.

Her siblings agreed the family home would be sold and the £130,000 proceeds would be put to one side to pay for their mother’s ongoing care home costs.

But Rice used the money to fork out thousands on two trips to the USA, including one to Las Vegas where she spent £1,878 on a helicopter tour of the Grand Canyon.

Alison Rice (pictured on holiday with her husband John) used the money to fork out thousands on two trips to the USA, including one to Las Vegas where she spent £1,878 on a helicopter tour

The bank worker also purchased Northampton Saints Rugby Club season tickets, costing in excess of £3,000, as well as a brand new car for her husband.

She also bought high value retail items, petrol, shopping and car insurance and a total of £10,500 was withdrawn from cash machines.

Rice, a risk assessor at Barclays, was rumbled when the level of savings in the account dropped below a certain threshold and the local authority intervened.

The money was meant to cover the fees until autumn 2019 but the level of savings dropped below the £23,000 threshold in early 2017. 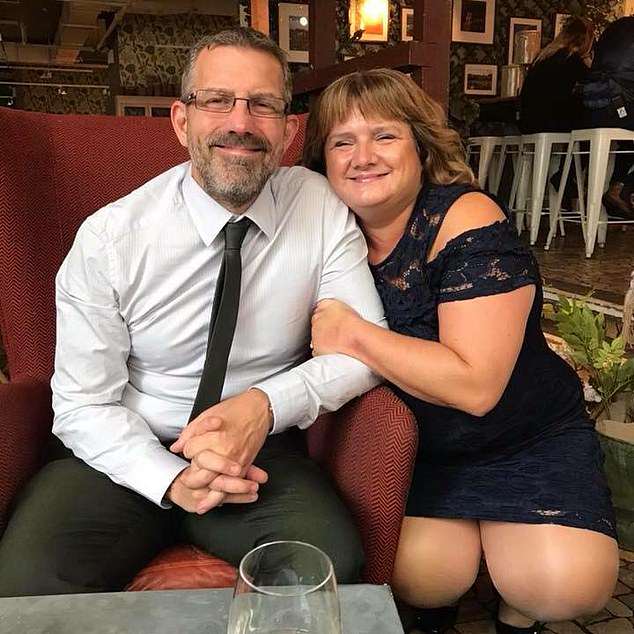 Prosecutor Andrew Peet said: ‘Because the money had been run down to such an extent, there was a time where her mother’s place at the care home was in jeopardy.’

Rice, of Wellingborough, Northants, plead guilty at an earlier hearing to fraud by abuse of position and theft.

She wept in the dock as she was jailed for two years at Northampton Crown Court on Wednesday.

Sentencing His Honour Judge Michael Fowler said: ‘The fact that some of the money went towards your son’s university debts is something that was chosen by you.

‘But it seems to me that the expenditure on what are clearly expensive and luxury items is something that cannot be ignored.’

Prosecutor Andrew Peet said Rice was entrusted by her siblings due to her experience at work. 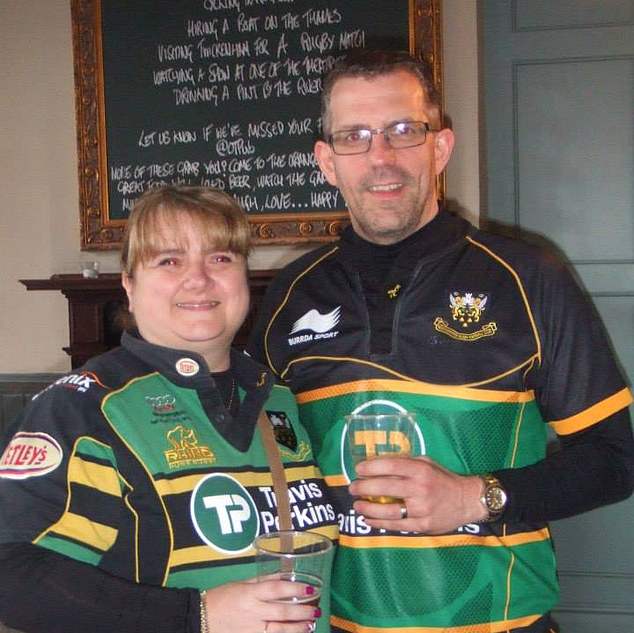 The bank worker also purchased Northampton Saints Rugby Club season tickets, costing in excess of £3,000, as well as a brand new car for her husband John (pictured in rugby shirts)

He said: ‘Her siblings must have thought she was good with money. She told the probation officer she did not expect to be caught until her mum died.’

Mr Peet read out in court impact statements by two of her brothers.

One read: ‘Mum is a decent lady. I cannot believe she has done this to her.’ He added that their father would be turning in his grave.

Another brother said: ‘The worst thing is that we all trusted Alison.’

James Smith-Wilds, defending, said his client had made a repayment of £5,400 and regretted her actions.

‘It would be fair to use her own words in that she is devastated by how she has behaved and deeply ashamed.’