REVEALED: David Beckham ‘has frustrated Qatar World Cup organizers by refusing to speak to media in his $150MILLION ambassadorial role’ – amid fierce criticism for promoting the country due to its human rights record

The day will come when David Beckham is asked why he took $150million to become an ambassador of the Qatar World Cup but if the former England captain has his way, it won’t be any time soon.

Beckham has been an extremely visible presence throughout the tournament in Qatar, pictured in stadiums to watch a number of games while his picture is on billboards all around the country.

But Beckham has yet to front up and speak about his decision to align himself with a country where migrant workers died building the new World Cup stadiums and homosexuality’s is outlawed.

According to the New York Times, Beckham’s silence has left the World Cup host frustrated with him. 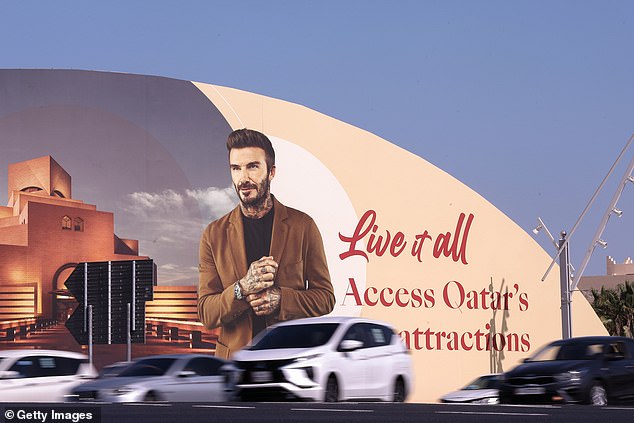 The Times details a number of reported incidents during the World Cup where Beckham has apparently tried to lessen the publicity around his involvement in promotional events in Qatar.

It also claims that Beckham ‘balked’ at the chance to discuss his deal with Qatar when he filmed an episode of ‘The Overlap’ – a YouTube show hosted by his former Manchester United and England teammate Gary Neville in June.

Furthermore, there are claims that fellow former players who are Qatar ambassadors have been frustrated at Beckham’s influence and claim he has received special treatment.

The 47-year-old Beckham is believed to receive $150m for his overall ambassadorial role in Qatar, with $10m for his work around the World Cup.

Beckham has received widespread criticism back in Britain for his involvement with the Qatar World Cup, with comedian Joe Lycett appearing to shred 10,000 pounds ($12,000) as a stunt to pressure Beckham into cancelling his deal with Qatar.

Australian soccer hero Craig Foster, who has worked as a human rights ambassador for Amnesty in life after the sport, said Beckham’s reputation has been dented beyond repair.

‘What we picture David Beckham has irreparably been damaged,’ Foster said to Australia’s Channel 10. ‘He was seen as a gay icon and that became part of his brand and now, rightly, the LGBTIQ community around the world are feeling as though perhaps that was just part of his branding and it wasn’t authentic. 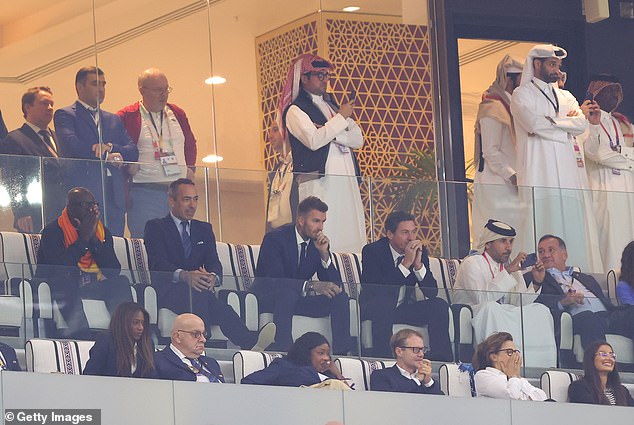 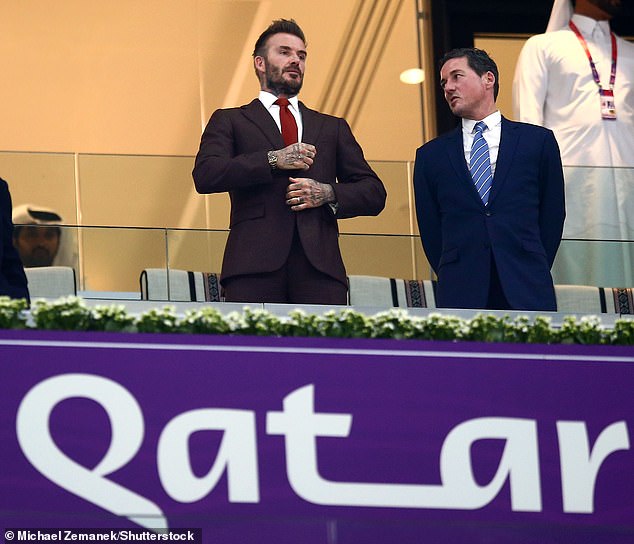 ‘Because to now be able to promote Qatar and say outwardly that it’s a fantastic place to come without mentioning the criminalization and the oppression of the LBGTIQ community, that’s clearly contrary to all the statements he’s made in the last 20 years.’

The Times quoted a spokesperson for Beckham as saying: ‘David has been involved in a number of World Cups and other major international tournaments both as a player and an ambassador and he has always believed that sport has the power to be a force for good in the world.

‘We understand that there are different and strongly held views about engagement in the Middle East but see it as positive that debate about the key issues has been stimulated directly by the first World Cup being held in the region.

‘We hope that these conversations will lead to greater understanding and empathy toward all people and that progress will be achieved.’