It seems that football legend David Beckham can’t get enough of fish sperm.

On what is believed to be his third trip to his favourite Japanese restaurant in Singapore, David, 42, happily charted his evening meal on his Instagram stories, showing off the various dishes of aquatic ejaculation he got to try.

He posted one snap, proudly declaring that he was about to taste some sea bream sperm, showing the bonne bouche served with some lettuce. 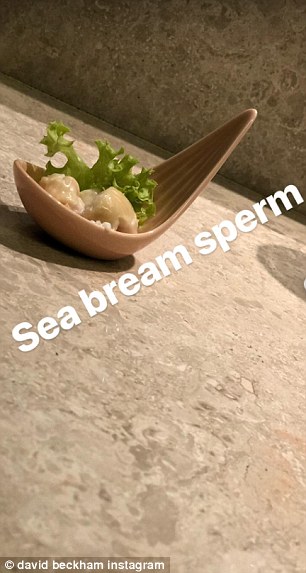 Return of the sperm! David Beckham headed back to his favourite Japanese restaurant to taste more delicacies involving fish semen on Saturday

After this, another image came up, this time in a bigger portion, captioned ‘more sea bream sperm’ by the former Manchester United star.

And it seemed the athlete just didn’t no when to say no to the plethora of semen coming his way, as a third image saw the chef serving yet another plate of food, with David captioning this: ‘More more more!’

Peppering this foray into fine Asian dining with various other shots of deep fried shrimp and meat with mushrooms, the dad-of-four added a final shot with a proud-looking head chef, in front of a framed snap of one of his past visits.

At the end of 2017, David was at the same eatery – Kuriya Dining – this time sampling cod sperm. 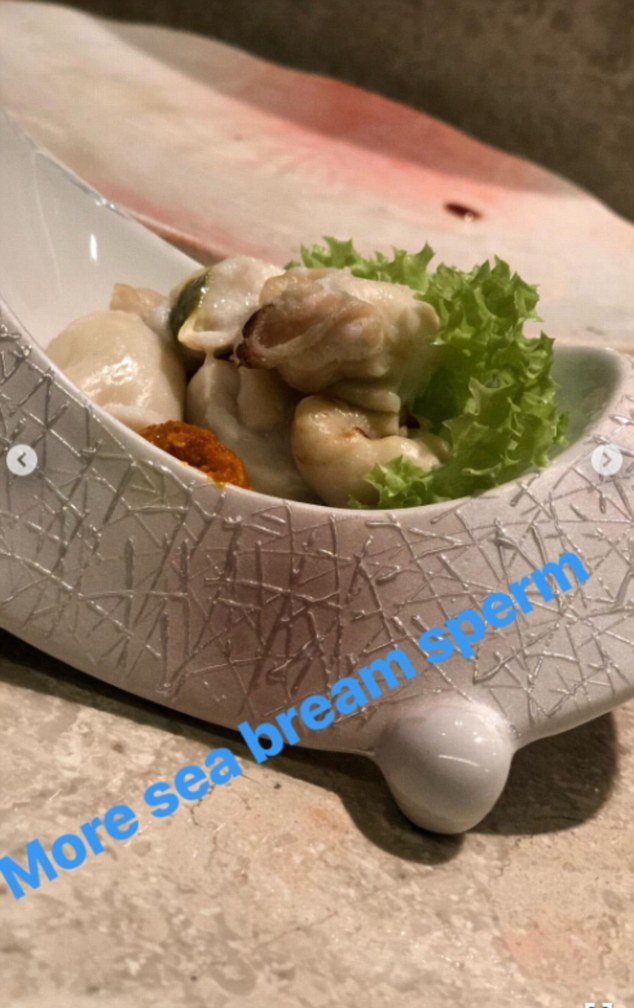 Guilty pleasure? After this, another image came up, this time in a bigger portion, captioned ‘more sea bream sperm’ by the former Manchester United star 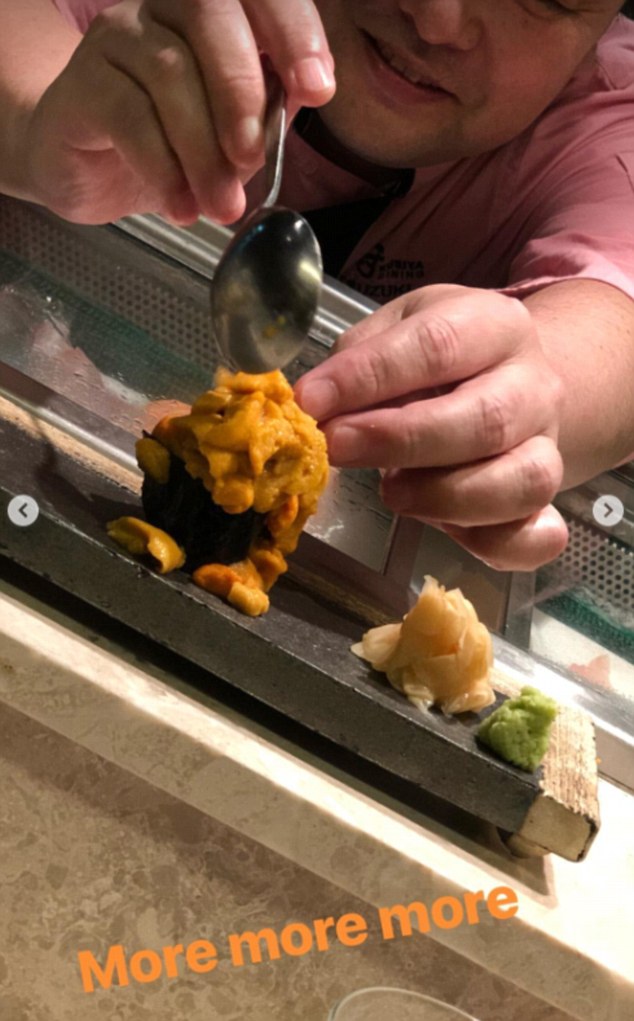 Gimme gimme more: The fish sperm was certainly a-flowin’ at the Japanese eatery

The former  England midfielder posted an image of the Japanese delicacy – commonly referred to as ‘milt’ – as he prepared to tuck into his dinner.

He was also there in November 2014, chowing down on even more seminal fluid from the Oceans of the East.

‘Incredible meal as always at one of my favourite restaurants in Singapore, Kuriya Dining @ Great World City,’ he gushed at the time, posting about his visit to his Facebook page.

Frequently compared to pork brains, fish milt has a soft, creamy texture, while its taste is said to be sweet, rather than salty. 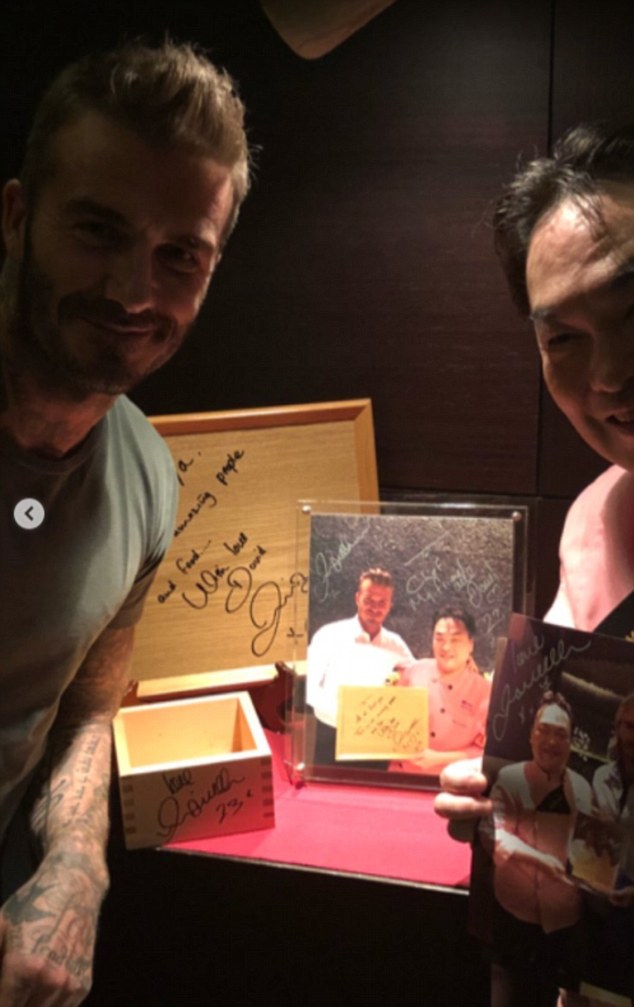 Can’t stay away! The dad-of-four added a final shot with a proud-looking head chef, in front of a framed snap of one of his past visits 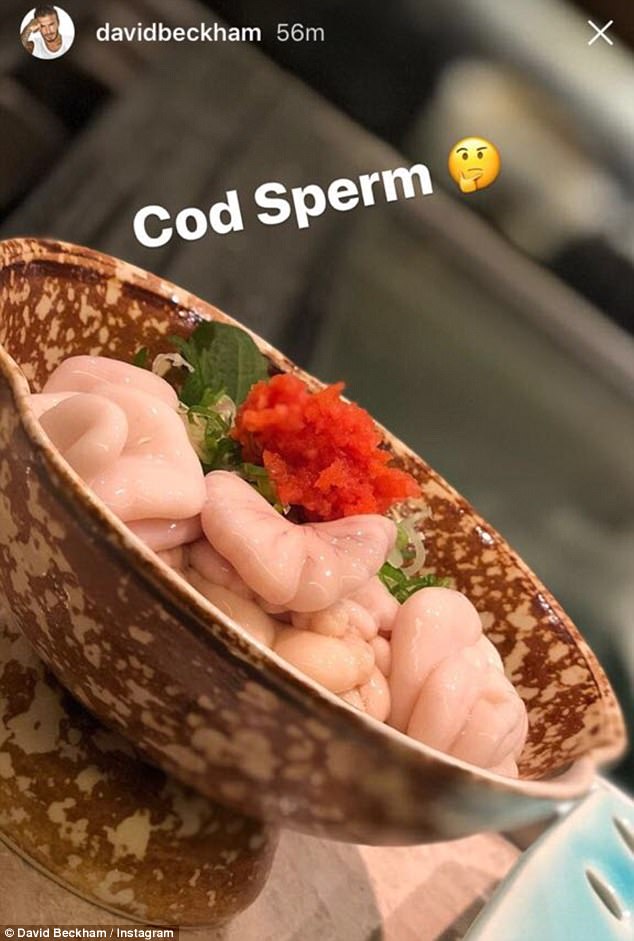 The jury’s out: He’s used to sampling the finer things in life, but David Beckham appeared to step out of his comfort zone on Sunday evening by sampling the dubious delights of cod sperm 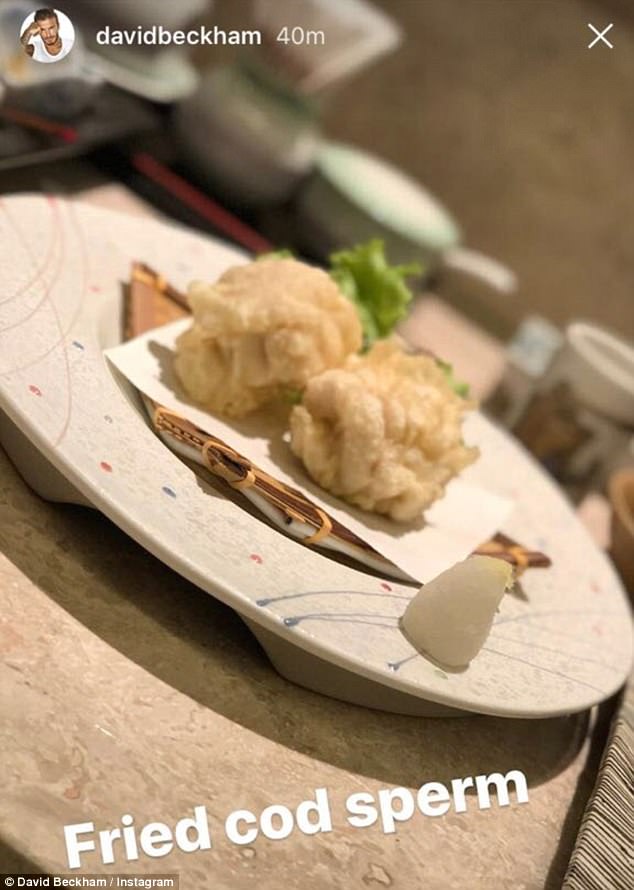 Tucking in: In the first, Beckham, 42, posted an image of the Japanese delicacy – commonly referred to as ‘milt’ – as he prepared to tuck into his dinner at a London restaurant

Meanwhile, David’s eldest son Brooklyn, 19, took to his own Instagram at the end of the week to post an image of his mother, Victoria, 43, and tell her how much he misses her.

No stranger to worldwide travel, the photography student is currently spending much time away from the rest of the Beckham clan, studying at New York’s Parsons School of Design.

But Brooklyn – who recently spent some time at home in London with his parents and younger siblings Romeo, 15, Cruz, 13 and Harper, six – appeared to struggle with being apart from his mum. 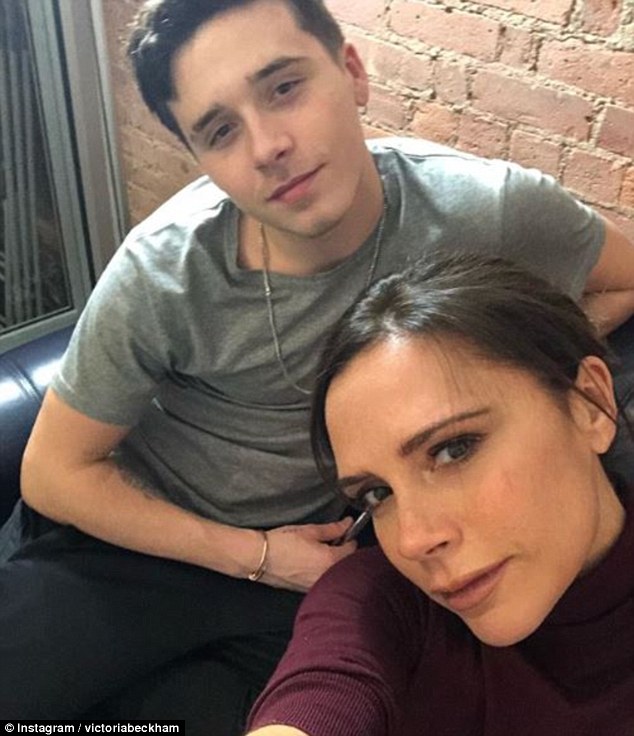 Independent: Brooklyn is the eldest of the Beckham brood and the first to fly the nest to pursue a photography course at New York’s Parsons School of Design 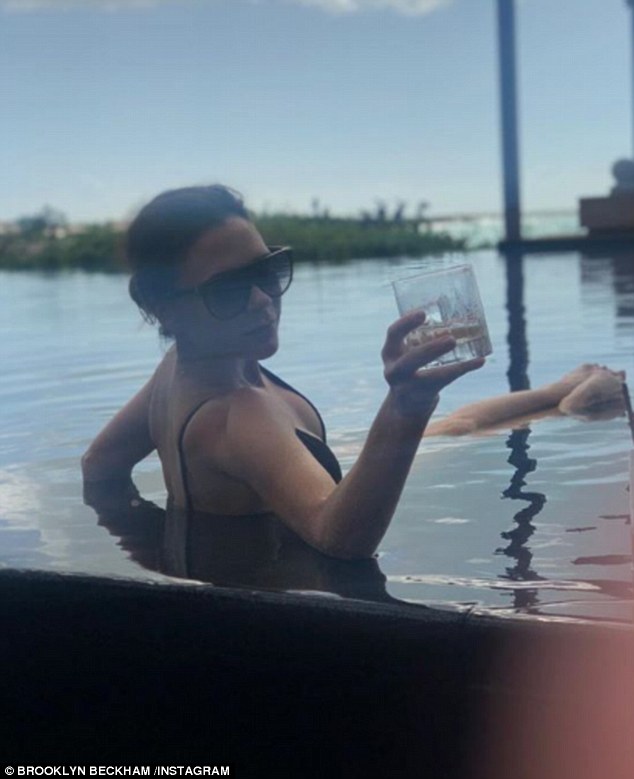 ‘Miss you: Brooklyn Beckham, who recently spent some time home in London, appeared to struggle with being apart from his mum Victoria, 43, as he uploaded a swimwear snap of her

‘Miss you @victoriabeckham’, he captioned the image which saw Victoria in a swimming pool, holding a beverage in one hand, looking over her shoulder as she poses for the camera.

Brooklyn was back in London earlier this month and to spend Mother’s Day with Victoria and the rest of the family.

But despite congregating as a six-piece for the annual holiday, the family have dispersed once more, with Brooklyn back in the US, Victoria filming for Sport Relief in Kenya and David back in Asia, tasting the culinary delights of the sea.