Her company Victoria Beckham Holdings Limited has just filed accounts for last year which show she has failed to turn round the troubled fashion empire.

It has now made losses for every year since 2013.

This comes as profits from her husband David’s company DB Ventures reportedly halved over the span of a year, from £23.2million in 2017 to £11.5million in 2018.

David, 44, is thought to have lent his wife Victoria, 45, some £600,000 for her business, after he bailed out his wife’s company with a £23 million cash injection in January.

The couple were ranked 372 on this year’s Sunday Times Rich List, with a combined wealth of some £355million and were named among Britain’s 50 biggest taxpayers in The Sunday Times Tax List.

David has endorsement arrangements with brands including Pepsi, Samsung, H&M, Haig whisky and Adidas which give him a cut of rising sales.

David, 44, is thought to have lent his wife Victoria, 45, £600,000 for her business. The couple are pictured here in London in March this year 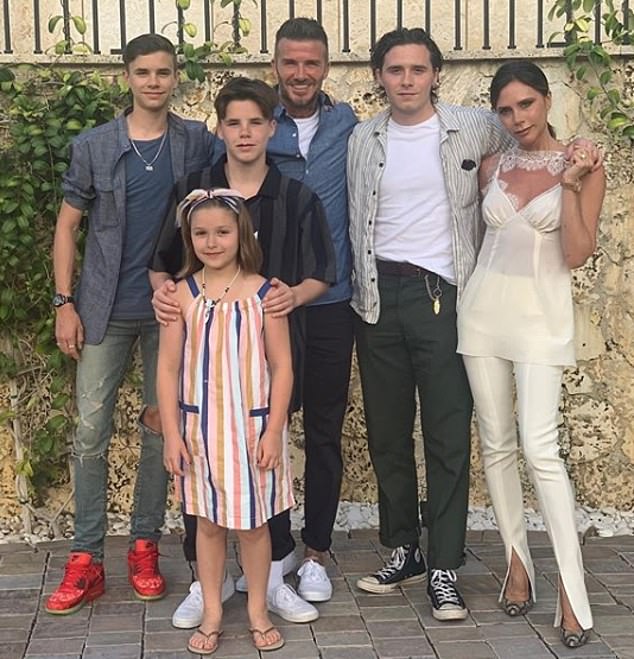 David’s company saw a vast drop in profits over the span of a year, after he set up the firm to boost profits from the Beckham brand.

Revenue for Victoria’s company went down from £42.5 million in 2017 to £35.8 million last year as the company was restructured.

Overall losses for the company have risen from £23.5 million to £36 million.

Documents also reveal that the company breached the terms of a £10 million HSBC bank loan ‘several times’ but for the time being ‘HSBC have remained supportive by allowing time to explore the options available to the group and shareholders’.

Despite the devastating figures the report insisted that changes were being made to turn the company round and make it more in line with Victoria Beckham’s ‘aesthetics and values’.

The accounts said: ‘Whilst revenues and profits were down in 2018, the business performed in line with shareholders’ expectations by cutting costs, focussing on its digital channels and refining its product to more closely reflect Victoria Beckham’s aesthetics and values.’

It also said that the company had £30 million in new investment which had been ploughed into the appointment of a ‘world class leadership team’.

The documents said the investment was targeted at digital marketing and other strategies to enable the company to distribute to over 120 companies.

It said the strategy was paying off and sales were increasing in 2019 in ‘certain segments’ as well as a a reduction in losses. 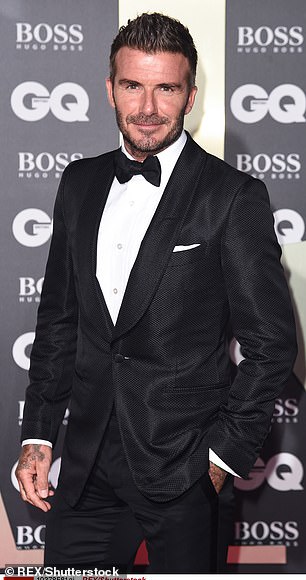 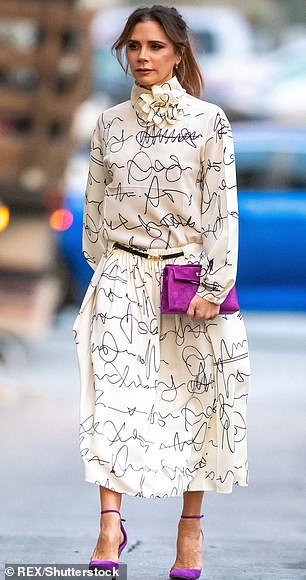 Buy and sell: It was also reported that David lent his wife Victoria (pictured last week) £600,000 for her fashion business Victoria Beckham Limited 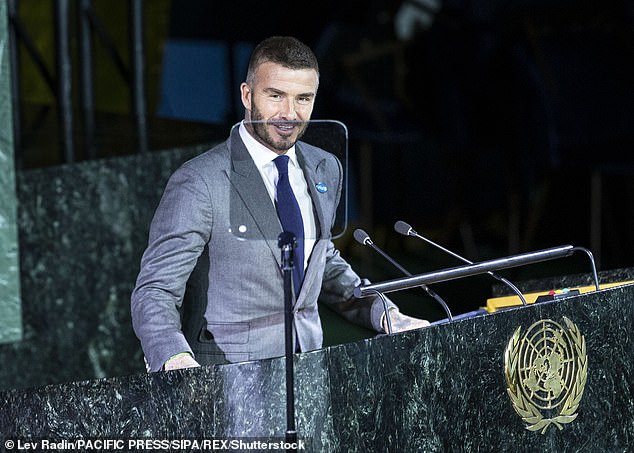 A financial expert told The Sun: ‘This will be hugely embarrassing for the Beckhams, as it indicates they don’t quite have the same pulling power as they once did.

‘If a regular company saw its profits more than halve, it would be a major crisis. But David is unlikely to be struggling to make ends meet.’

The publication also claims that David paid £11.1million from his profits in the family company Beckham Brand Holdings which he and Victoria co-own.

MailOnline has contacted representatives for David and Victoria Beckham for comment. 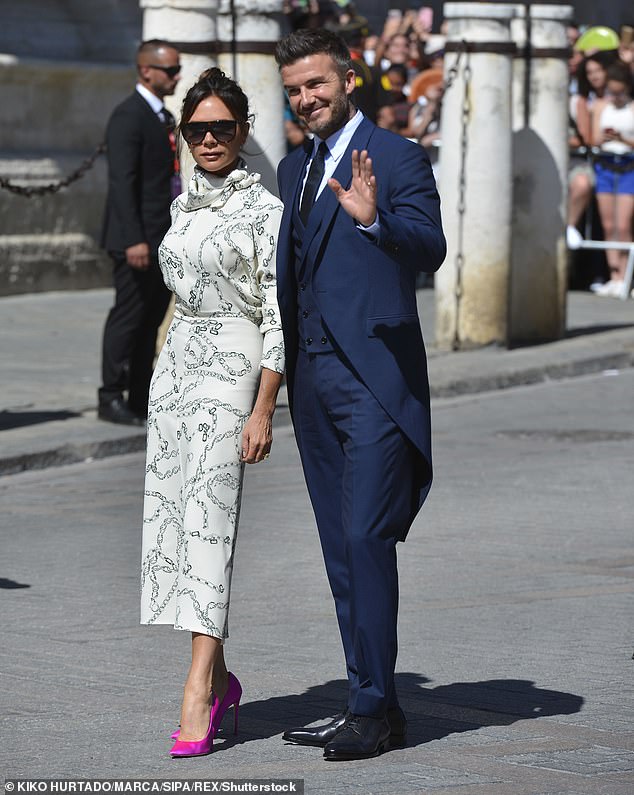 Mr and Mrs: It was also reported that David’s lendings to Victoria’s fashion company now total £16 million (pictured together in June) 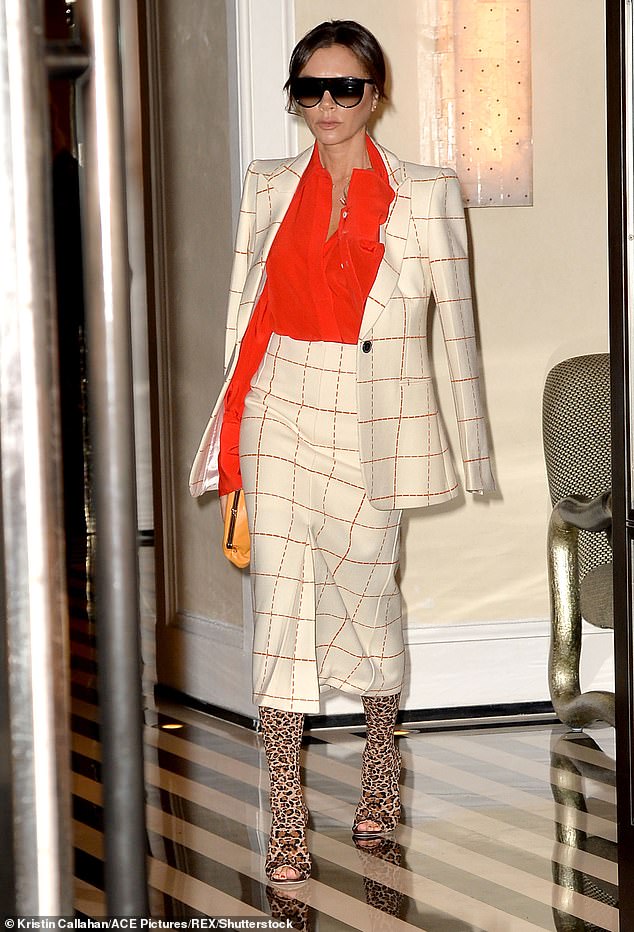 Helping hand: In January it was reported that David bailed out his wife’s fashion brand with a £23 million cash injection over the span of three years (pictured last month)

In January it was reported that David bailed out his wife’s fashion brand with a £23 million cash injection over the span of three years.

The former England captain, 44, gave Victoria’s company a £4 million loan as well as £6.6 million in cash in Spring 2016 in order to keep her business afloat.

Victoria’s losses were previously blamed on ‘design, marketing and sales’ spending by a spokesperson for the Victoria Beckham brand.

Victoria saw a boost in sales and cut her staffing by a third in April.

In contrast David, 43, who is one of the directors at DB Ventures Ltd, made a profit of £23.2million the same year and paid himself £18.75 million in dividends.

The ex-Spice Girl’s luxury clothing, glasses and accessories business recently celebrated its 10th anniversary – but losses had increased by £2 million over the previous 12 months.

The fashion label, which has a flagship store in Mayfair, London and sells items such as coats for up to £2,900 each, posted an £8.4million loss in 2016. 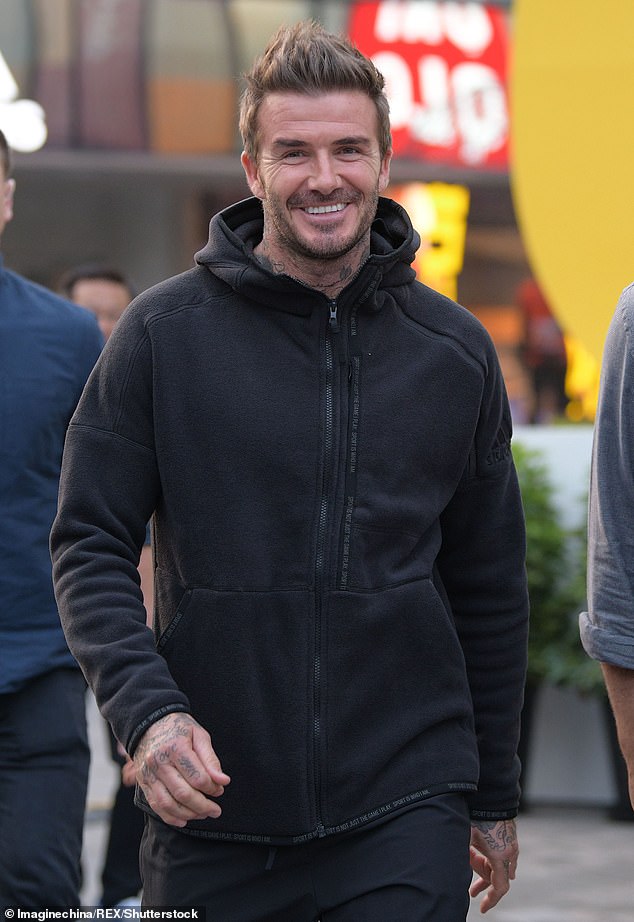 Better times: In contrast David who is one of the directors at DB Ventures Ltd, made a profit of £23.2million the same year and paid himself £18.75 million in dividends that year