David Beckham splashes out on a £1,300 bottle of red wine at romantic dinner with Victoria in Paris

He escaped a speeding conviction on Thursday, even though he admitted driving his £200,000 Bentley at 59mph in a 40mph zone earlier this year.

And David Beckham celebrated getting off the charge as he enjoyed a romantic dinner date with his wife Victoria in Paris later that evening.

The footballer, 43, splashed out on a £1,300 bottle of red wine as they dined at a lavish Parisian restaurant, with Victoria, 44, sharing a snap of the expensive drink on Instagram.

Splashing out: David Beckham celebrated getting off his speeding charge as he enjoyed a romantic dinner date with his wife Victoria in Paris on Thursday evening 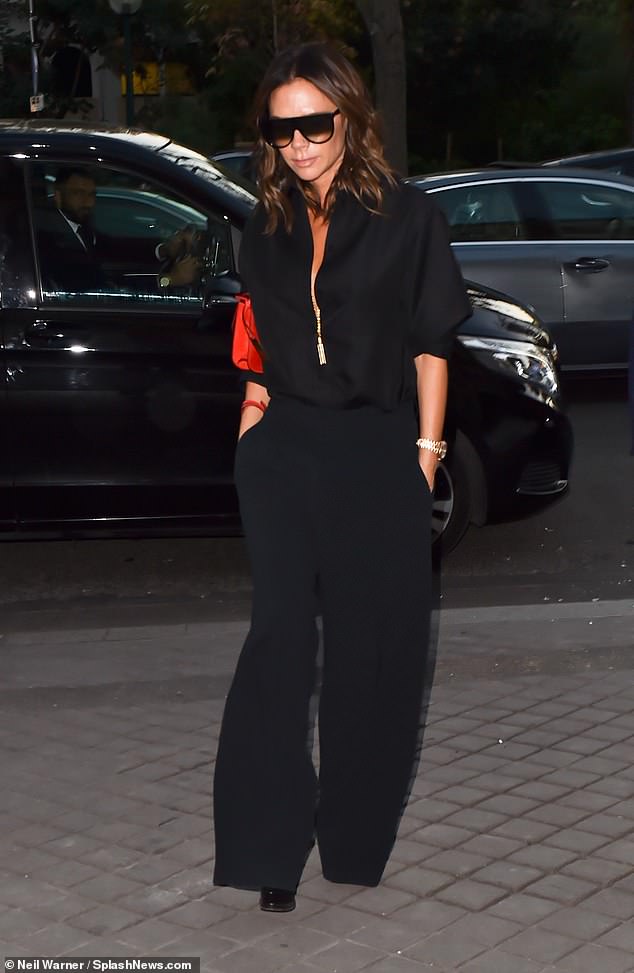 Expensive taste: The footballer, 43, splashed out on a £1,300 bottle of red wine, as they dined at a lavish Parisian restaurant, with Victoria, 44, sharing a snap of the expensive drink

The pair enjoyed a bottle of the French wine, Grands Echezeaux Grand Cru, Cote de Nuits, which retails for around £1,300.

Sharing a snap of the wine via her Instagram stories, Victoria captioned the post: ‘Date night last night in Paris.’

Meanwhile, David showed off his snail starter and mouthwatering steak after travelling to French capital earlier in the day, while his lawyer dubbed ‘My Loophole’ got the retired footballer off the speeding conviction on a technicality. 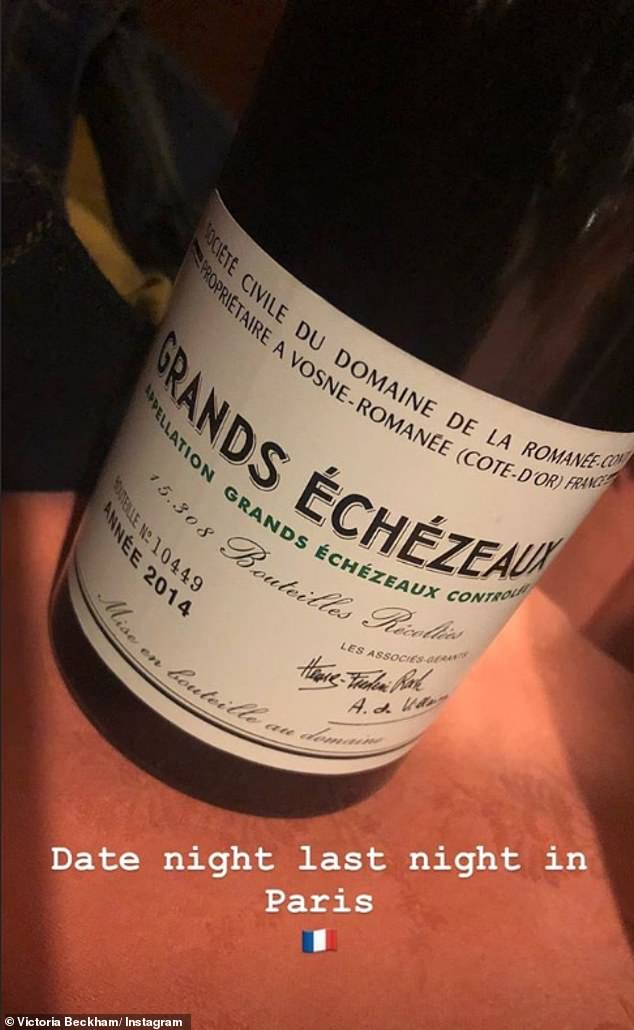 Finest wine: The pair enjoyed a bottle of the French wine, Grands Echezeaux Grand Cru, Cote de Nuits, which retails for around £1,300 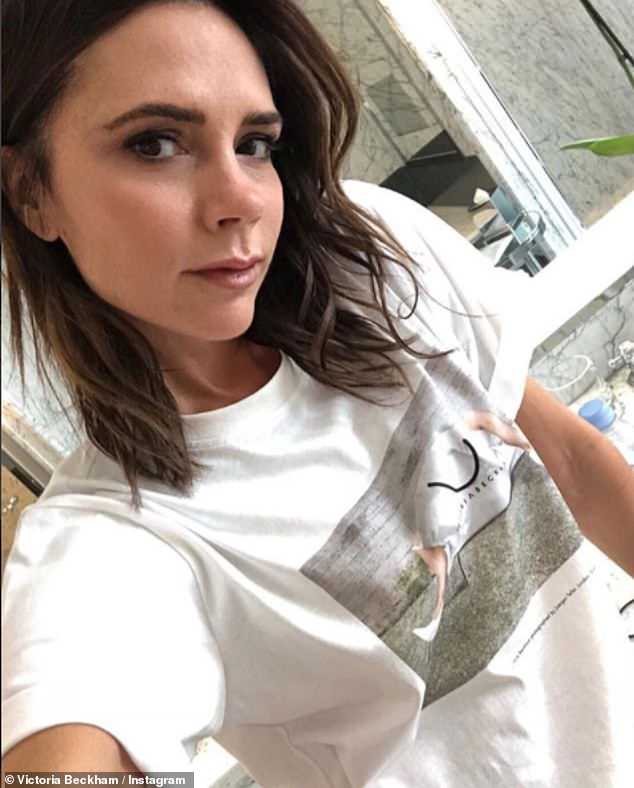 Fashion lover: Victoria has been in the capital for Paris Fashion Week and has been attending some of  designers shows 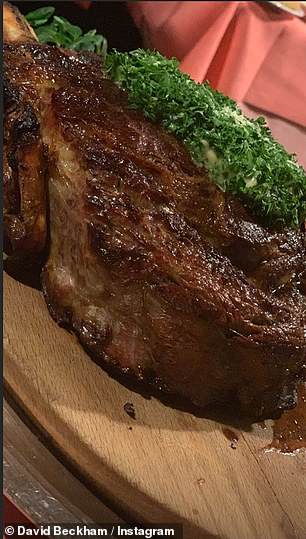 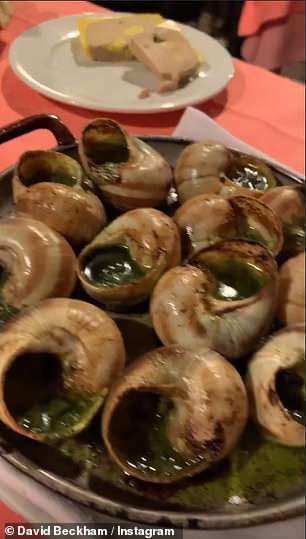 Delicious: Meanwhile, David showed off his snail starter and mouthwatering steak after travelling to French capital earlier in the day 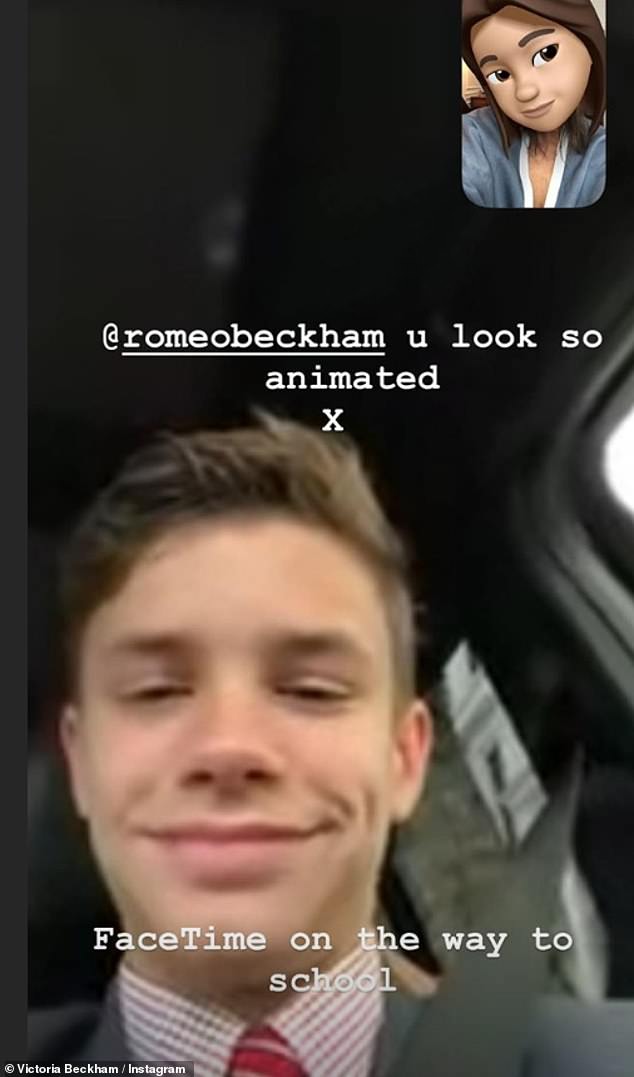 Doting mum: Victoria seemed to be missing her children as she shared a sweet post of her FaceTiming son Romeo

It comes as lawyer Nick Freeman said that ‘from a moral standpoint’ Beckham should not have been cleared of going almost 20mph over the limit in a £200,000 Bentley.

The former England football captain admitted he was behind the wheel of the car, but escaped punishment after legal papers were served a day too late.

While Beckham might have escaped legal punishment, social media users were far less forgiving, with some suggesting that he should be barred from a knighthood.

LIbby Kinson wrote: ‘What p****s me off Mr David Beckham is that this happened to my son but we made him own up and pay the penalty, to teach him a lesson.’ 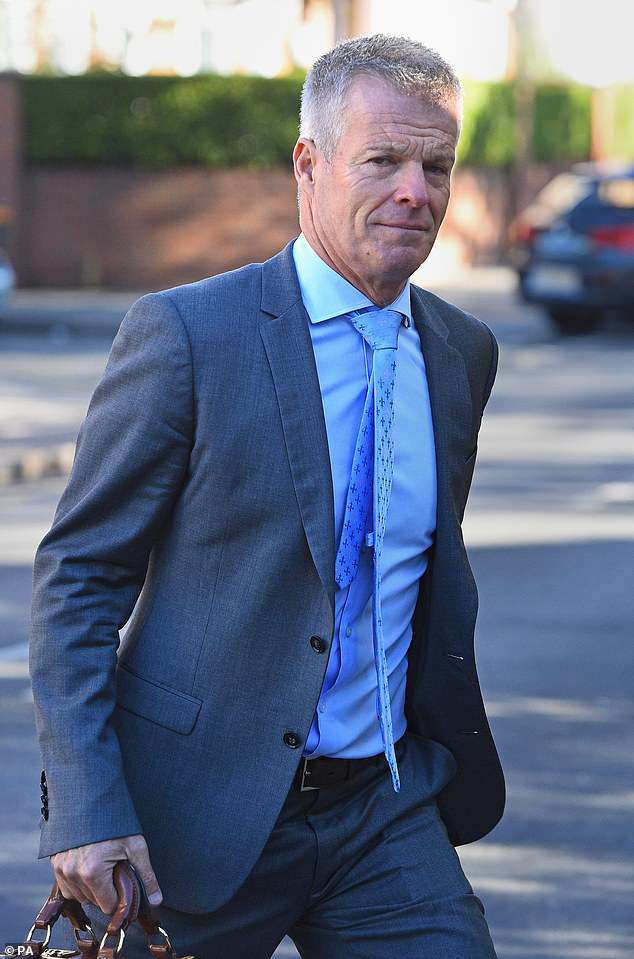 My loophole: The dinner date comes as lawyer Nick Freeman said  ‘from a moral standpoint’ Beckham should not have been cleared of going almost 20mph over the limit

Kay Pope added: ‘Well Mr Loophole may have got Beckham off on a technicality, but I think this may cost him his knightwood? Pick your battles!’

It emerged during the hearing that it was the second time in two days Beckham, represented in court by ‘Mr Loophole’ Nick Freeman, had been caught speeding.

The 43-year-old was not at court for the decision yesterday, but after the verdict he said: ‘I am very relieved and very happy with my legal team.’

He did, however, have time to post a picture of himself stuck in London traffic to his 51million Instagram followers.

A camera had caught the father-of-four doing 59mph in a 40mph zone on the A40 near Paddington, central London, on January 23 at around 5.40pm, the court heard.

However, the judge ruled Beckham was not guilty of the offence as he did not receive the fine within the 14 days as required by law. 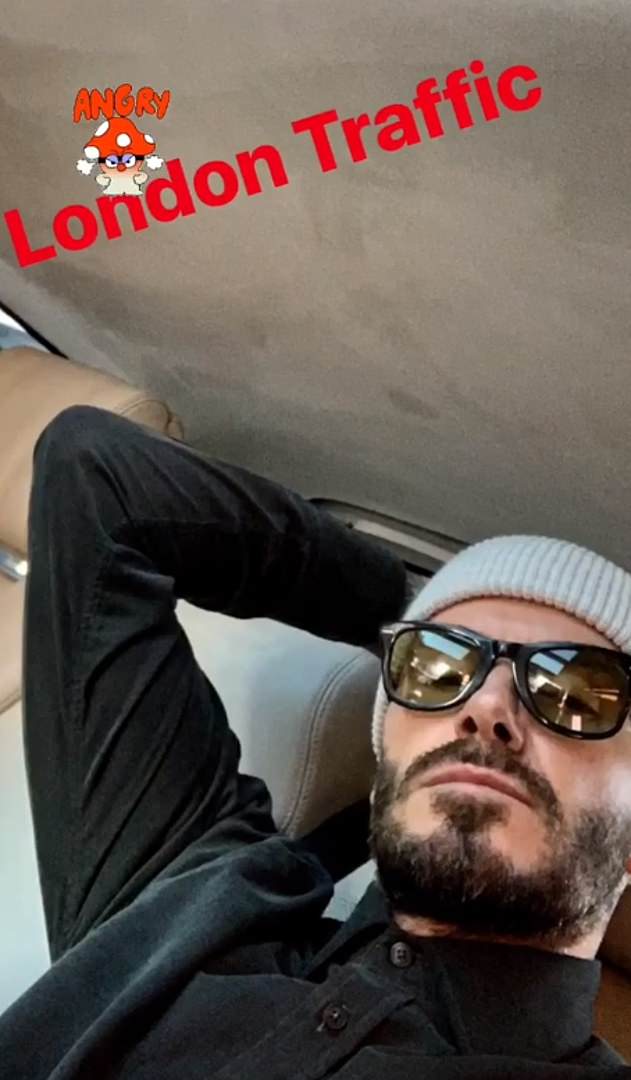 London traffic David Beckham posted this picture, which has since been deleted, of himself reclining in a car on Instagram after choosing not to attend his speeding trial 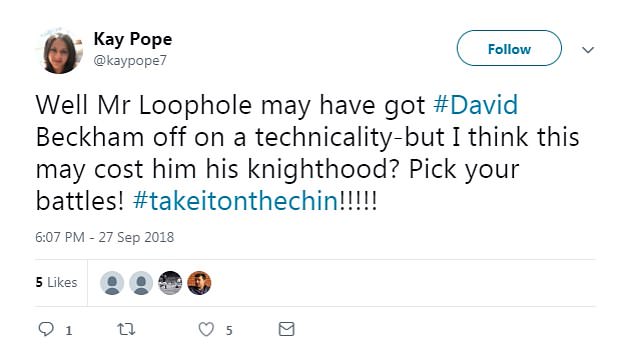 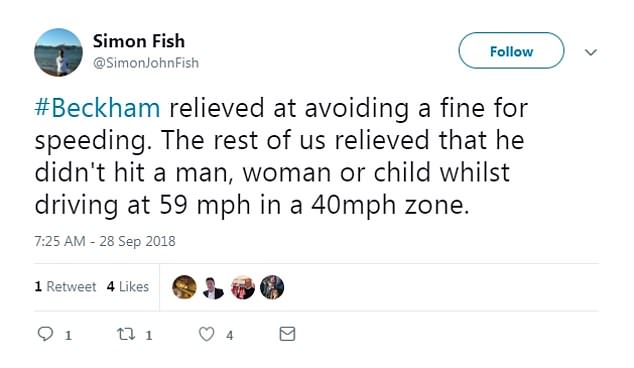 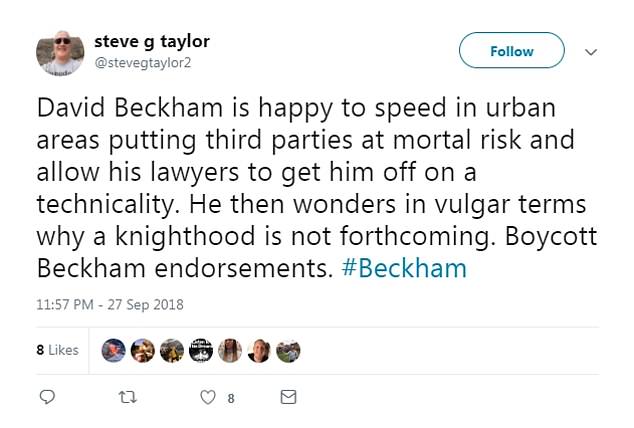 While Beckham might have escaped legal punishment, social media users were far less forgiving, with some suggesting that he should be barred from a knighthood

Mr Freeman told Wimbledon Magistrates’ Court that his client was failed by ‘the system’.

The lawyer said the so-called ‘notice of intended prosecution’ should have been received by February 6 at the latest because of the two-week statutory limit.

Prosecutors told the court that the document was sent by the Metropolitan Police on February 2, which should have allowed for it to have been received in time.

But workers at Bentley Motors Limited, the registered owners of the £200,000 vehicle loaned to Beckham, said it was not received by them until the following day.

THE LEGAL LOOPHOLE THAT GOT DAVID BECKHAM OFF SPEEDING CHARGE

He mounted a successful challenge on the basis the papers were served late.

Wimbledon Magistrates’ Court heard during the trial that Met Police administrators printed the notice of intended prosecution (NIP) and sent it on February 2.

The court heard the car was a ‘loan vehicle’ from Bentley so a notice of intended prosecution was sent to the manufacturer instead of Beckham after it was clocked speeding on January 23.

But a stamp recording its receipt at Bentley was marked February 7 and by law, the notices have to be served within 14 days.

Although Beckham’s solicitor ‘admitted’ the footballer was behind the wheel and broke the limit, a judge ruled that the notice was served out of time and he could therefore not be convicted.

Colette Hollies, a legal assistant at Bentley, said she was ‘100 per cent confident’ the letter arrived on February 7 when she stamped the date on the letter.

Mr Freeman said: ‘He [Mr Beckham] has accepted he was driving, he has accepted the speed – that is not in any way in dispute.

‘I realise that may cause some disquiet but that’s a matter for Parliament. This is a statutory issue. If the law needs to be changed, so be it.

‘It might simply be a fault of the system – we don’t know.’

Mr Freeman also revealed how a speed camera detected the same Bentley car travelling above the speed limit on January 22.

Bentley employees noted that Beckham was the driver of the car at the time and the letter from the Metropolitan Police setting out the offence was received on time.

Mr Freeman said he revealed details in order to prove that prosecution letters could be sent within the 14-day limit but would not reveal what action, if any, it had lead to.

But ruling on the January 23 case, District Judge Barbara Barnes said: ‘What I find is on the balance of probabilities it’s more likely than not that the notice was actually not served on the registered keeper within 14 days as required.’

After the ruling, Beckham boarded the Eurostar to Paris to meet up with wife Victoria for the French capital’s fashion week.

The star faced a backlash last night as road safety campaigners criticised the decision to hire an expensive lawyer to fight the charge.

Joshua Harris, from the road safety campaigners Brake, said: ‘It is hugely disappointing to see a role model like David Beckham shirking his responsibility and getting off a speeding prosecution on a mere technicality.’

Mr Freeman, who has trademarked the ‘Mr Loophole’ nickname, has represented a coterie of sporting stars.

‘Mr Loophole’ Nick Freeman: The celebrity lawyer with a reputation for helping stars escape conviction on a technicality

Celebrity lawyer Nick Freeman has a reputation for helping stars escape conviction on a technicality – earning him the nickname ‘Mr Loophole’.

He got David Beckham off a speeding charge by mounting a successful challenge on the basis that the papers for the case were served late.

But what other famous faces has the legal eagle got out of hot water? 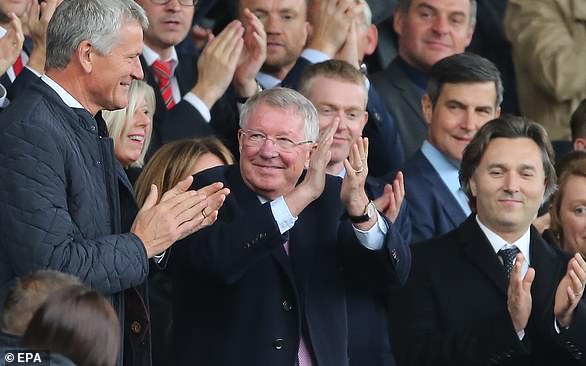 The former Manchester United manager was found not guilty of illegally driving on a motorway hard shoulder in Eccles, Greater Manchester, in 1999.

Magistrates heard he had been suffering from severe diarrhoea and was trying to get to a toilet.

In court, Freeman asked Ferguson: ‘Putting it bluntly, did you need to go to the toilet?’

Sir Alex replied: ‘That was very much the case. I had to go somewhere quickly.’ 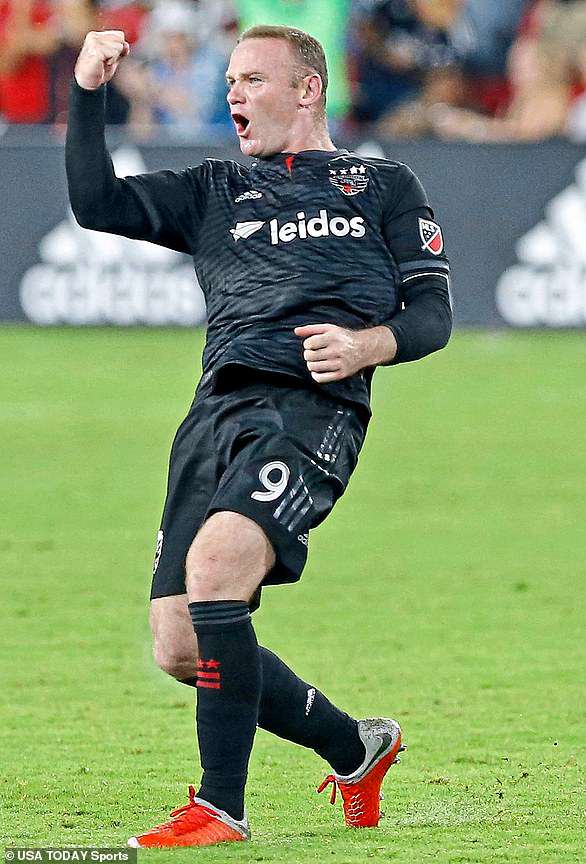 Police had pulled over his BMW in Liverpool in 2004.

But all three convictions were overturned due to an ‘administrative error’.

Freeman argued that his law firm had sent a fax requesting an adjournment of the original case but the court had not bundled it together with the papers in time for the original hearing. 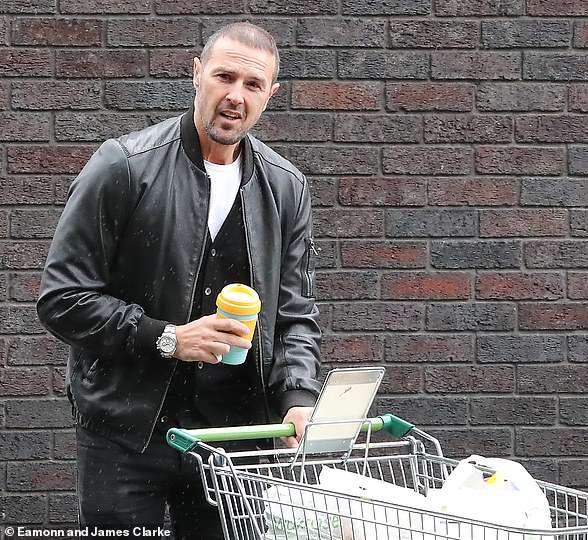 The TV comic escaped a driving ban in 2017 despite pleading guilty to a charge of failing to give information relating to the identification of a driver.

His Range Rover was caught speeding in August 2016 and a conviction would have earned him enough penalty points to be ordered off the road.

But between entering a plea and sentencing, he sought legal advice from  Freeman, who told him to withdraw the plea and go to trial.

Mr Freeman then argued that the CPS had made procedural mistakes with the case’s evidence and that McGuinness had not received a notice of intended prosecution or a reminder.

The case was dismissed at Manchester Magistrates’ Court. 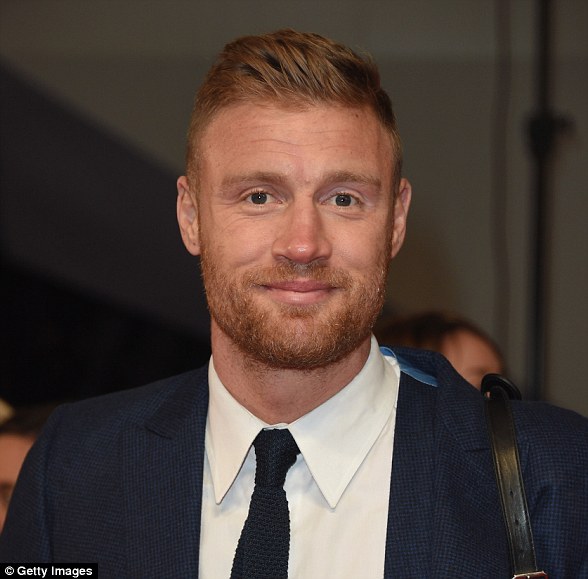 The England cricketer avoided a speeding conviction in 2008 after Freeman pointed out that the police had posted his prosecution notice two days late.

Flintoff’s case had been listed for trial.

But he was told the crown would offer no evidence and was acquitted. 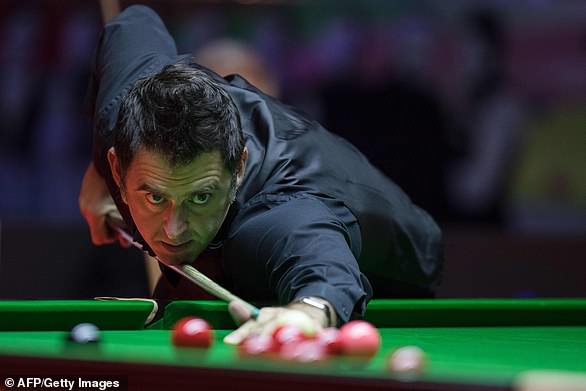 The snooker champion was accused of using his Porsche to race two women along Stratford High Street, east London, in 2001.

He failed three breath tests, refused a blood test (citing a needle phobia) and did not provide a urine sample.

But Freeman successfully argued that O’Sullivan had been unable to give a urine sample because his depression made him too stressed to urinate.