David Brooks can be Man United’s next Welsh wing wizard

Ole Gunnar Solskjaer waited until the 87th minute before finally surrendering and looking to his bench for some late magic against Sevilla in Cologne.

Manchester United were running out of puff and ideas as they let their early lead slip in the Europa League semi-final.

With his first-choice XI already struggling out on the pitch, Solskjaer was bereft as he looked for some inspiration from among his substitutes. 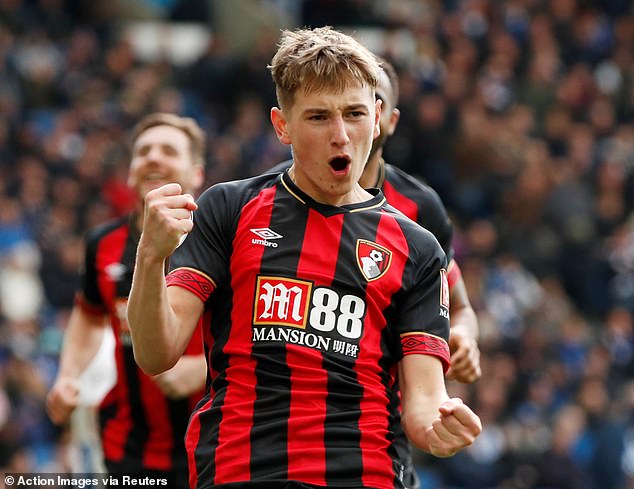 United’s lack of depth was exposed at the business end of the season yet again, just weeks after they fluffed their lines in the semi-finals of the FA Cup.

There is little doubt that Solskjaer’s first-choice side has the potential to mount a title challenge barring any injuries, but with such a lack of quality beyond it is hard to imagine that becoming a reality next season.

With the likes of Jesse Lingard and Andreas Pereira appearing to be surplus to requirements, the need to strengthen becomes increasingly clear.

The public pursuit of Jadon Sancho has been no secret. But at £108million, United face being priced out in this post-Covid 19 market.

Alternatives are beginning to emerge, with Sportsmail reporting this week that Bournemouth’s David Brooks is a £40m target for the Old Trafford club. 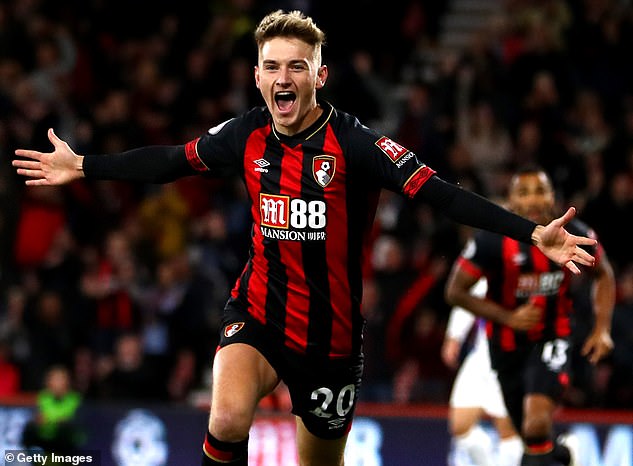 It may appear a steep amount for a 23-year-old who has just a season’s worth of Premier League football under his belt, but Brooks has shown huge promise in two years at Bournemouth.

The Cherries’ relegation could well have been avoided had Brooks’ second season not been decimated by a troublesome ankle injury. He was initially ruled out for 12 weeks in pre-season last year, but his recovery was put back when he required a second operation before Christmas.

His return to action after nearly 12 months out came during Project Restart, and by the time he was back up to speed it was too little too late for Eddie Howe’s side.

But he showed enough in that encouraging first season that he has a big future. Brooks was something of a coup for Bournemouth when he arrived for £11.5m from Sheffield United in the summer of 2018. 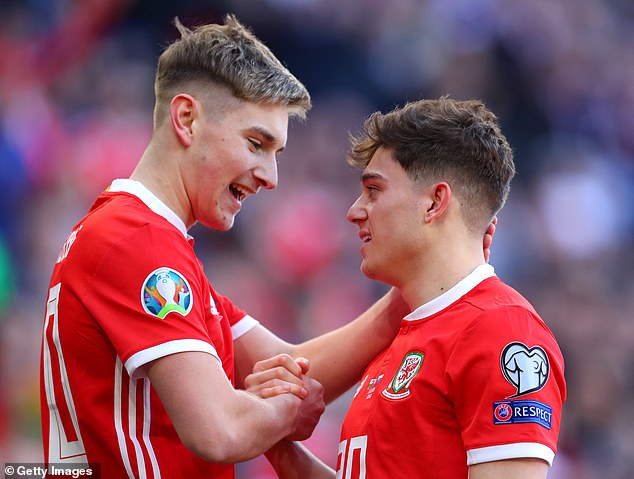 Eight goals and five assists in his 39 Premier League appearances for a bottom-half side hint that there is more to come with better team-mates around him. As a pacy and direct winger, Brooks certainly fits with what Solskjaer is aiming to build at Old Trafford.

His numbers certainly show that, even in a struggling side, he is effective in the final third. And when compared with his international team-mate, Daniel James, he could well overtake his Welsh compatriot in Solskjaer’s pecking order.

Brooks has created 1.2 chances per 90 minutes in the Premier League, a slightly better return than James’ total of one per 90. James gets more shots off, at 1.7 to 1.5, but the goals dried up for the 22-year-old after a lightning start and he began to take desperate pot shots.

Brooks even attempts and completes more dribbles per game than James, though James averages more touches in the opposition box. 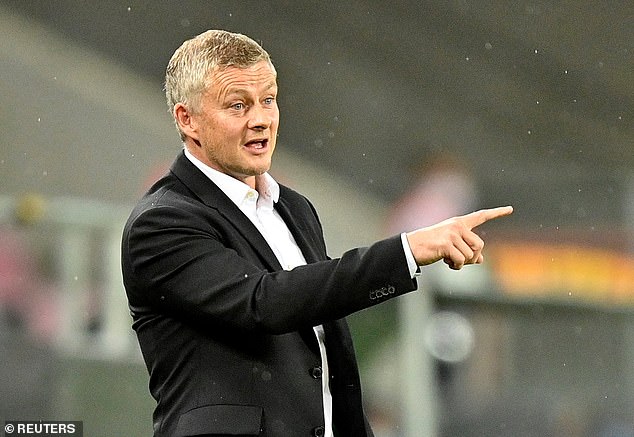 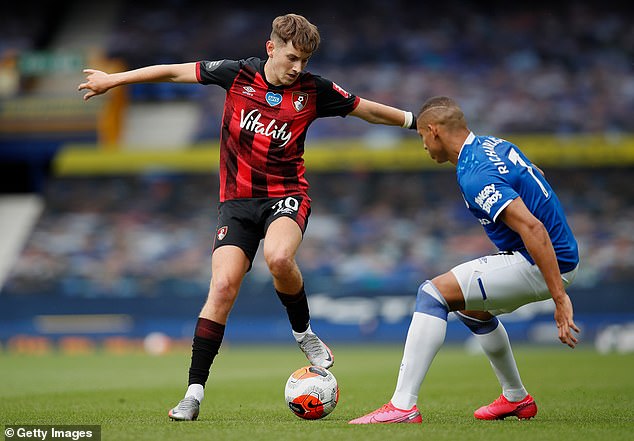 Where they most differ, though, is in the number of crosses they send in during open play. While Brooks has only crossed 36 times at an average of 1.2 per 90 minutes, James has sent in 91 at an average of 3.6.

This stark difference is perhaps reflected in the different approaches of the two sides. Bournemouth like to play a simple, passing game and often lack a target man to hit in the penalty area. Manchester United, meanwhile, have developed a style under Solskjaer that sees them play at pace and get the ball high up the pitch quickly.

James was a regular before the arrival of Bruno Fernandes and the breakthrough of Mason Greenwood prompted a change in personnel from Solskjaer. While both he and Brooks are nominally wingers, their styles differ. James likes to cut inside and unleash a shot when operating on the left, but he is also inclined to get chalk on his boots and hit the byline.

Brooks is a little cuter and looks to play inside more, and his future could well see him drift into central areas more often. He is further in his development than James and with the right tutelage could go to the very top of the game. 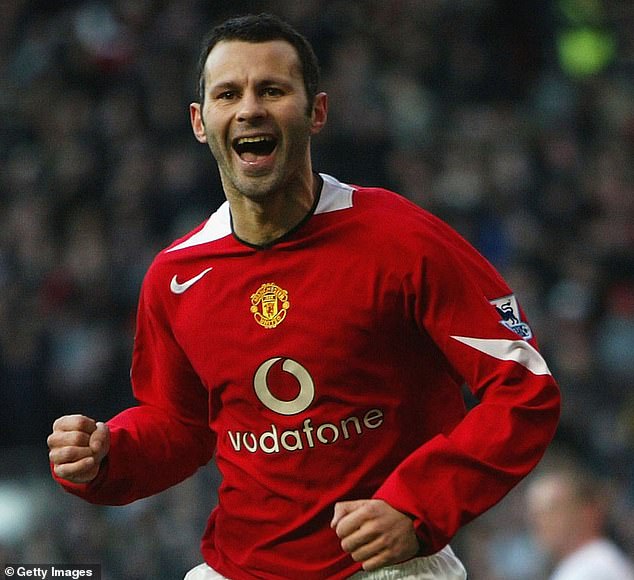 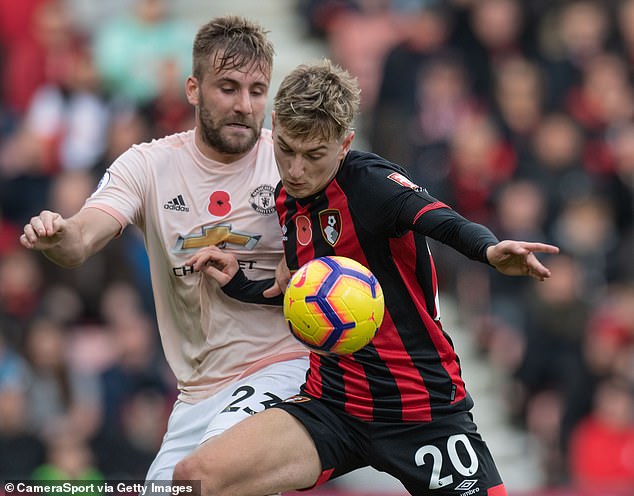 He has more strings to his bow, and he could even overtake James to be next in line to take Ryan Giggs’ crown as the Welsh wing wizard of Old Trafford.

Solskjaer may well prefer a different option as his first change off the bench, and question marks surround Brooks and how long it will take him to make a complete recovery from his troublesome ankle problems.

But, judged on potential, Brooks certainly has what it takes to make the next step up in his career and he deserves the chance to remain a Premier League player instead of dropping down to the Championship.