Former Milwaukee Sheriff David Clarke has suggested the teenager survivors of the Florida high shooting massacre are being influenced by Democratic billionaire George Soros as they push for gun control.

Clarke, a prominent supporter of President Trump, took to Twitter on Wednesday to insinuate that the recent rallies for gun reform are actually a political effort driven by Democrats.

‘The well ORGANIZED effort by Florida school students demanding gun control has GEORGE SOROS’ FINGERPRINTS all over it,’ Clarke tweeted.

‘It is similar to how he hijacked and exploited black people’s emotion regarding police use of force incidents into the COP HATING Black Lives Matter movement.’

Ex-Milwaukee Sheriff David Clarke, a prominent President Trump supporter, took to Twitter on Wednesday to insinuate recent rallies for gun reform was being driven by Democrats

Soros, a liberal billionaire philanthropist, has been vocal about his opposition to guns in the past and has donated thousands of dollars to campaigns for gun violence prevention following previous mass shootings.

Clarke resigned from his post as sheriff so he could join a political action committee that supports Trump.

His tweet comes after student survivors of the deadly Marjory Stoneman Douglas High shooting headed to the state Capitol on Tuesday to urge lawmakers to prevent another massacre.

The students also planned to hold a rally on Wednesday to put more pressure on the Legislature.

Marjory Stoneman students who have been vocal about gun control have been accused by some as being liberal pawns in the wake of the shooting. 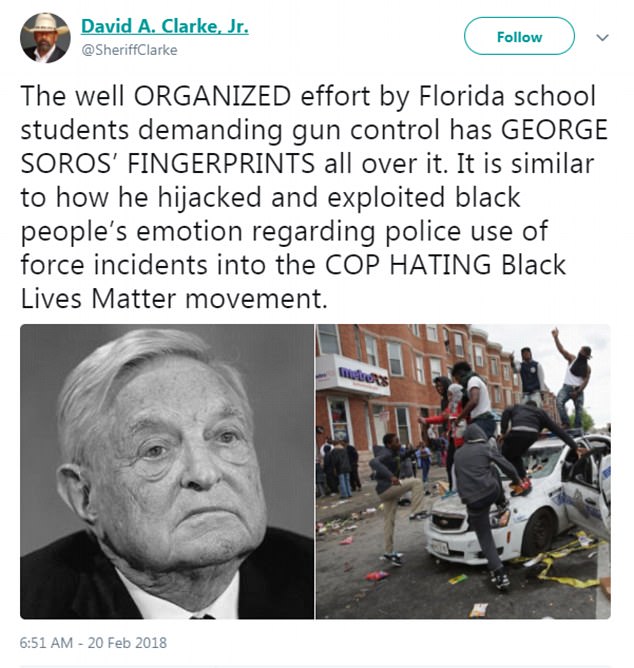 Clarke, a prominent President Trump supporter, took to Twitter on Wednesday to insinuate that the recent rallies for gun reform is actually a political effort driven by Democrats 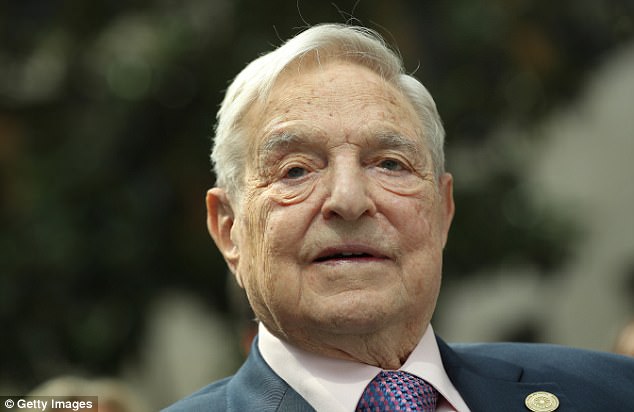 Soros, a liberal billionaire philanthropist, has been vocal about his opposition to guns in the past and has donated thousands of dollars to gun prevention campaigns

Some right-wing websites and others on social media have even claimed that students who survived the ordeal are actually actors working to push the Democratic agenda.

One district secretary working for Rep. Shawn Harrison was fired on Tuesday after he accused two survivors of the Parkland school shooting of being crisis actors.

Harrison tweeted on Tuesday that his aide, Benjamin Kelly, had been let go following the disparaging comments about students who escaped last week’s massacre alive.

‘Tonight Mr Kelly was terminated from his position as my District Secretary. I am appalled at and strongly denounce his comments about the Parkland students,’ he wrote.

‘I am again sorry for any pain this has caused the grieving families of this tragedy.

The Republican aide came under fire for telling a Tampa Bay Times reporter that two students – Emma Gonzalez and David Hogg – were ‘actors’ who ‘travel to various crisis when they happen’. 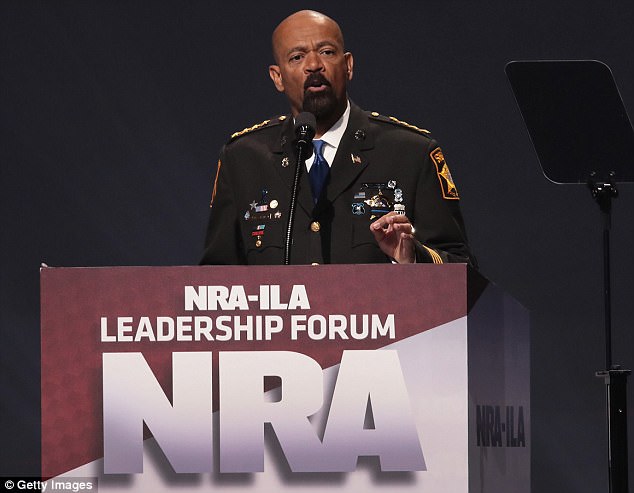 Clarke resigned from his post as sheriff so he could join a political action committee that supports Trump. He is pictured above in April last year at a National Rifle Association event 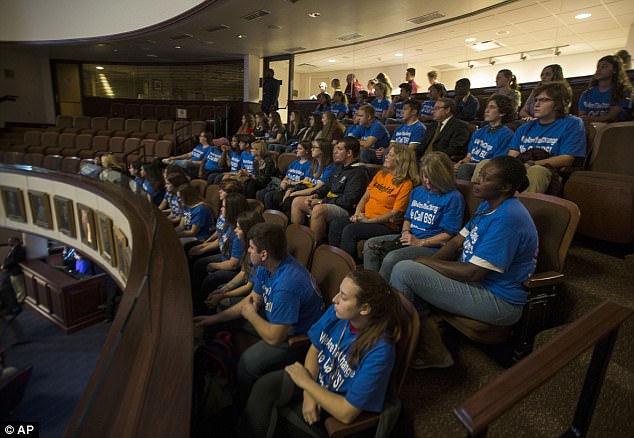 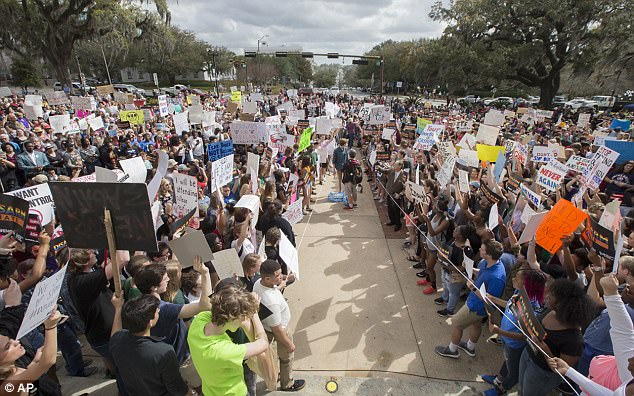 ‘Both kids in the picture are not students,’ Kelly said in an email, referencing a screenshot of Gonzalez and Hogg doing an interview with CNN about stricter gun laws.

To back his absurd claims, Kelly linked to a YouTube video of Hogg in a news clip from California over a dispute with a lifeguard about a boogie board. Many people commented on the video wondering why Hogg was in California labeling him as a ‘crisis actor’.

As the grieving Florida students continued to demand action on guns, Trump on Tuesday directed the Justice Department to move to ban devices like bump stocks, which turn legal firearms into machine guns, and were used in last year’s Las Vegas massacre.

It was a small sign of movement on the gun violence issue that has long tied Washington in knots.

‘We must do more to protect our children,’ said Trump, who ran for president as a vocal supporter of Second Amendment rights.

Trump later tweeted, ‘Whether we are Republican or Democrat, we must now focus on strengthening Background Checks!’