The midfielder arrived at Old Trafford from Bayern Munich in 2015 and went from playing with one international goalkeeper to another, swapping Neuer for De Gea.

And, now Schweinsteiger has revealed that the Spaniard was eager to discover how he compared to the German World Cup winner between the posts.

‘When I first came to Manchester United De Gea said “tell me, am I better than Neuer?’ I was like ‘no, you’re not. It is a different level”,’ Schweinsteiger told BBC 5Live.

‘He was angry, but I explained why. Whenever he had a great game he would ask me again, I would still say he wasn’t on that level.’

Schweinsteiger opened up on his dressing room relationship with De Gea as the goalkeeper prepared to face Liverpool in a crunch league clash on Sunday. 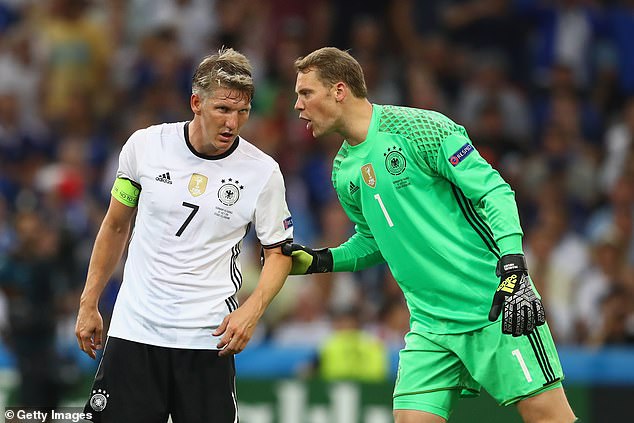 The former German international only played in one league game between the two fierce rivals when United emerged victorious with a 3-1 win in his first season at Old Trafford.

But Schweinsteiger is not convinced Ole Gunnar Solskjaer’s side can replicate the success this term.

‘It is the way that you play, what is your strategy,’ he asked.

‘If you have Cristiano Ronaldo and he takes his breaks from defending, but if he scores you goals in the box, that’s what he does and what you have to know,’ Schweinsteiger added. 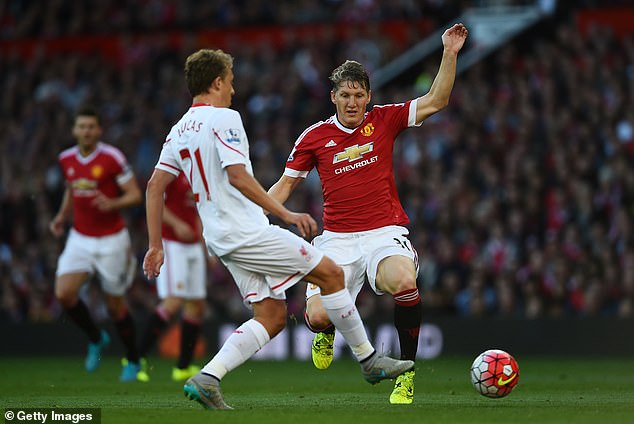 ‘If you have centre backs that can’t create quality passes like Leonardo Bonucci or David Alaba. Everything is more or less clear.

‘Manchester United are still in progress. Ole Gunnar Solskjaer keeps mentioning that. It takes too long though for me in my eyes.

‘If you look at Manchester City or Chelsea and the impact that Thomas Tuchel had on them – it was unbelievable.

‘He knew exactly what the players needed to perform and they have a strategy and a DNA. They have more in their game.

‘The experience of Cristiano Ronaldo and Raphael Varane will definitely help the team, but the question is how much are they involved in the tactics of the team. 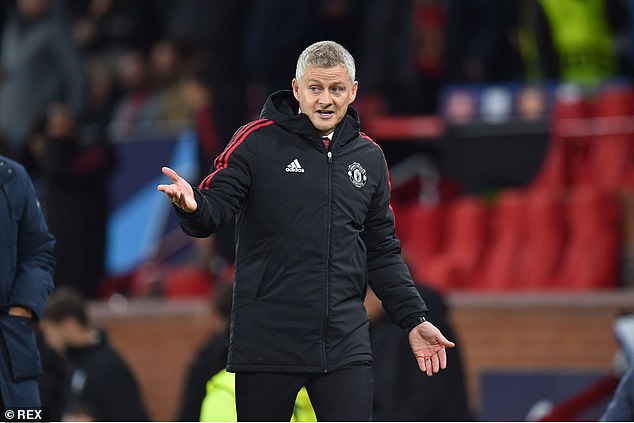 ‘It is still not 100 per cent clear to me if Manchester United are going to be successful or not. They have great names like Paul Pogba and Cristiano Ronaldo, and I think that Marcus Rashford will help them a lot in the future because he has been injured. It has not been easy for them.

‘But if you compare their football to other teams like Chelsea, Manchester City, Liverpool or even like Bayern Munich it is not on the same level at the moment. United can always hurt you in one game, that is clear to me, especially at Old Trafford.’

United are sixth in the table going into Sunday’s action with four wins, two draws and two defeats from eight games.

A win for the Red Devils at home is vital as it could see them move into the top four within one point of their Merseyside rivals.

Solskjaer’s side only have one point from their last three games and, if they are to stay in the title race, they must find some form quickly.