David Howard: Truck driver charged after dad found dead on the side of a Hume Highway

A truck driver has been charged two months after a young dad was found dead on the side of a busy highway.

David Howard, 30, was found on the side of the Hume Highway near Campbelltown, in Sydney’s south-west, on October 12 by police searching the scene after being alerted to a possible fatality.

The truck driver had allegedly contacted them after checking his dash camera footage and realising the animal he thought he hit on the road may have actually have been a person.

The driver attended Albury Police Station on Wednesday and was arrested and charged in relation to the incident.

‘It will be alleged the Wirlinga man was the driver of a prime mover that collided with a 30-year-old man on the roadway and failed to stop,’ NSW Police said.

‘The man was charged with fail to stop and assist after vehicle impact causing death and drive manner dangerous.’

He has been granted conditional bail to appear at Campbelltown Local Court on January 17, 2023.

Jacqui Burgin, who shared two sons, aged eight and six, with Mr Howard, previously told Daily Mail Australia he was a doting father and the family are ‘heartbroken’ as they try to navigate their way through the loss.

‘He truly was the light of his kids’ lives and his smile or voice would change their whole day and mood,’ she said.

‘He would do absolutely anything to see them happy and smile and it breaks me that they only get to have that memory and can’t experience it again.’

Mr Howard, who also has a four-year-old daughter from another relationship, filled his Facebook page with pictures and posts doting about his three children. 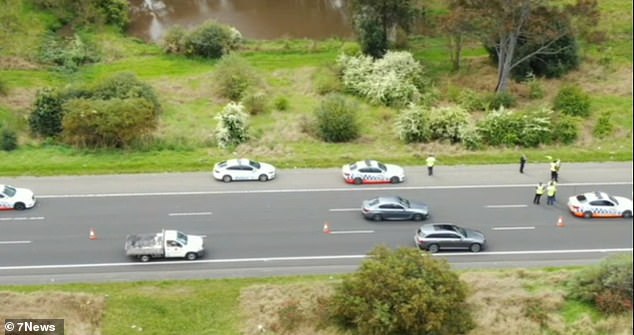 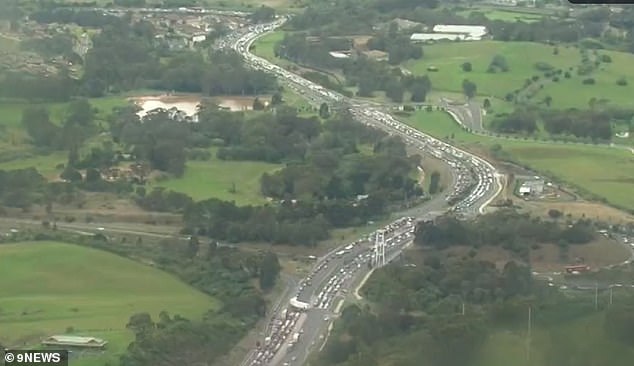 Friends and family who flocked online to pay tribute to Mr Howard described him as ‘one of the good ones’.

‘We’re all going to miss you, the family is trying to hold it together but we (are) all crushed,’ his cousin, Robbie Gordon, wrote on Facebook.

‘I keep asking why do the good ones go early, but you will always be with us my cuz. We will meet again one day but until then we have to hold the rest of the family together.’

The search for Mr Howard sparked traffic delays along the Hume Highway as vehicles slowed to a crawl for several hours, with cars at some points queueing up to five kilometres.

All northbound lanes and the northbound on-ramps from Narellan Road were closed due to the operation.

At the time, detectives said they were investigating all avenues, including the possibility Mr Howard’s death was a self-harm incident.