Billionaire businessman David Koch and his wife Julia have snapped up a luxurious seven-story New York townhouse for $40million, it has been reported.

The Republican donor, who made enemies of Donald Trump during the election, bought the property on a whim after viewing it and deciding he ‘had to have it’, the New York Post says.

Koch and his wife, who are New York’s richest couple with an estimated net worth of $50.2billion, allegedly paid for the entire thing in cash. 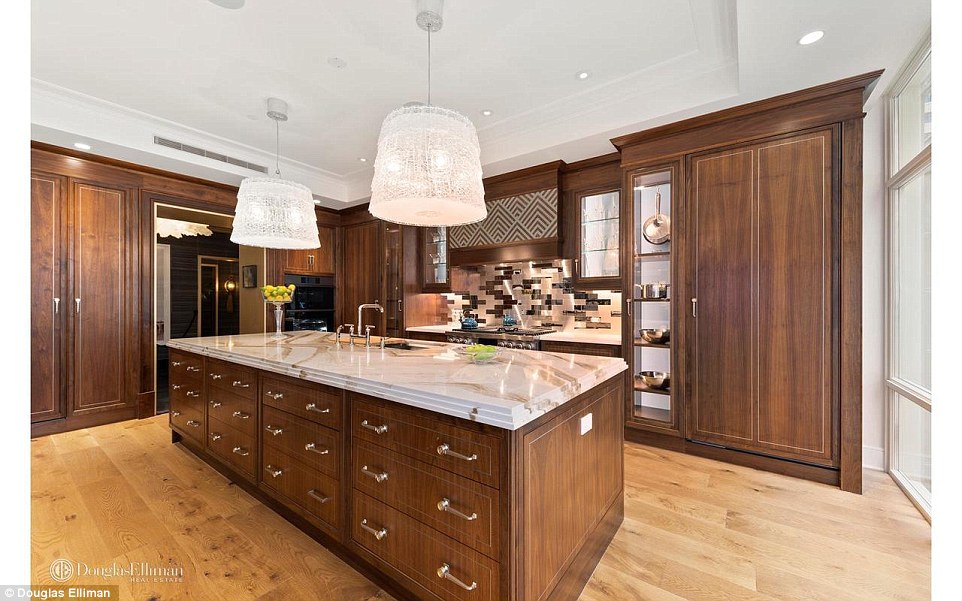 The property was listed for $51million after being developed by real-estate mogul Joseph Chetrit, but reportedly sold for $40.25million after Koch agreed to pay in cash 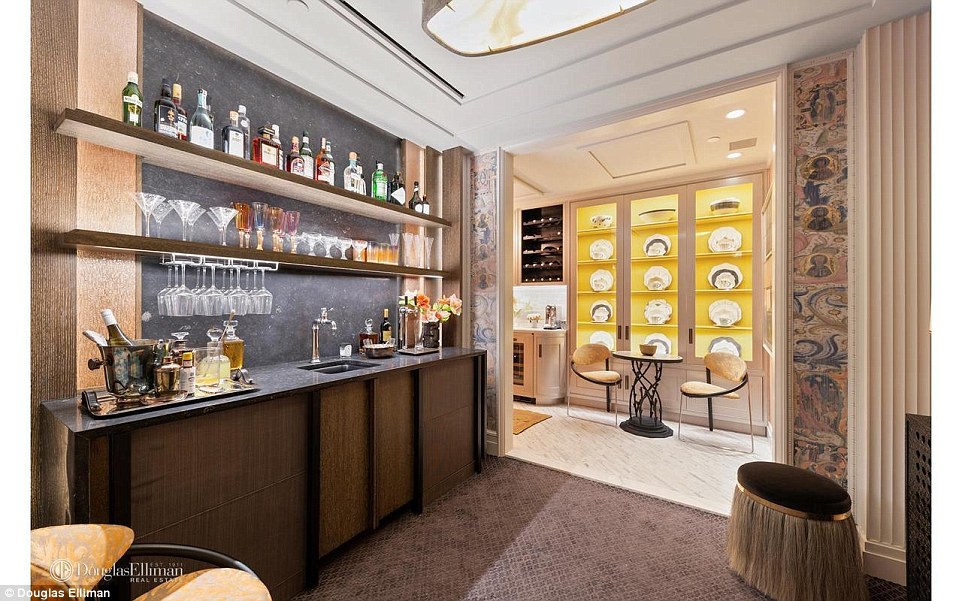 The property features eight bedrooms, 10 bathrooms, four half-baths, and plenty of entertaining space, including this bar area located on one of its seven floors 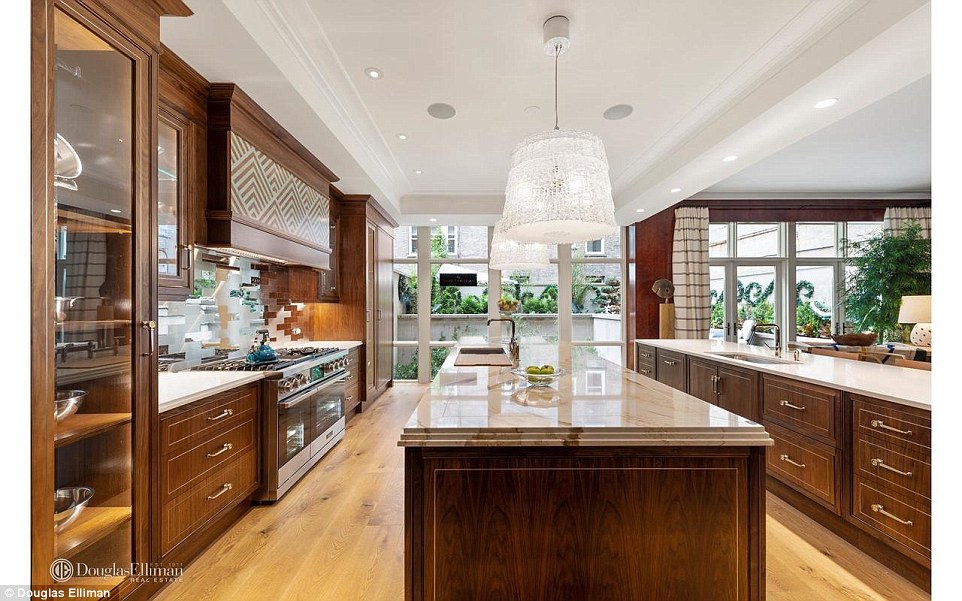 Downstairs is a chef’s kitchen which backs on to a wall of glass, overlooking the landscaped courtyard 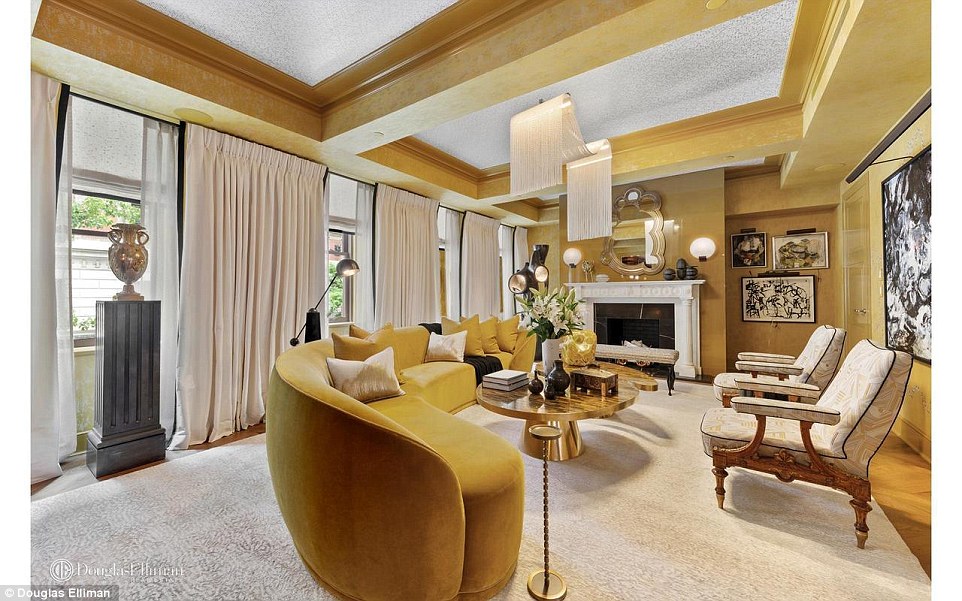 One of the home’s family spaces, located on the ground floor, which also features a marble entryway and sweeping staircase 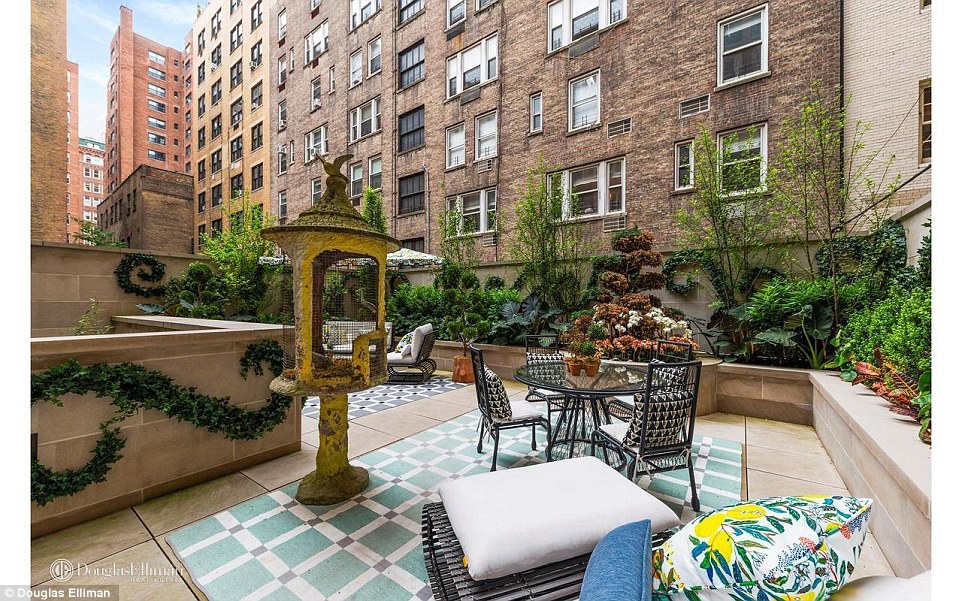 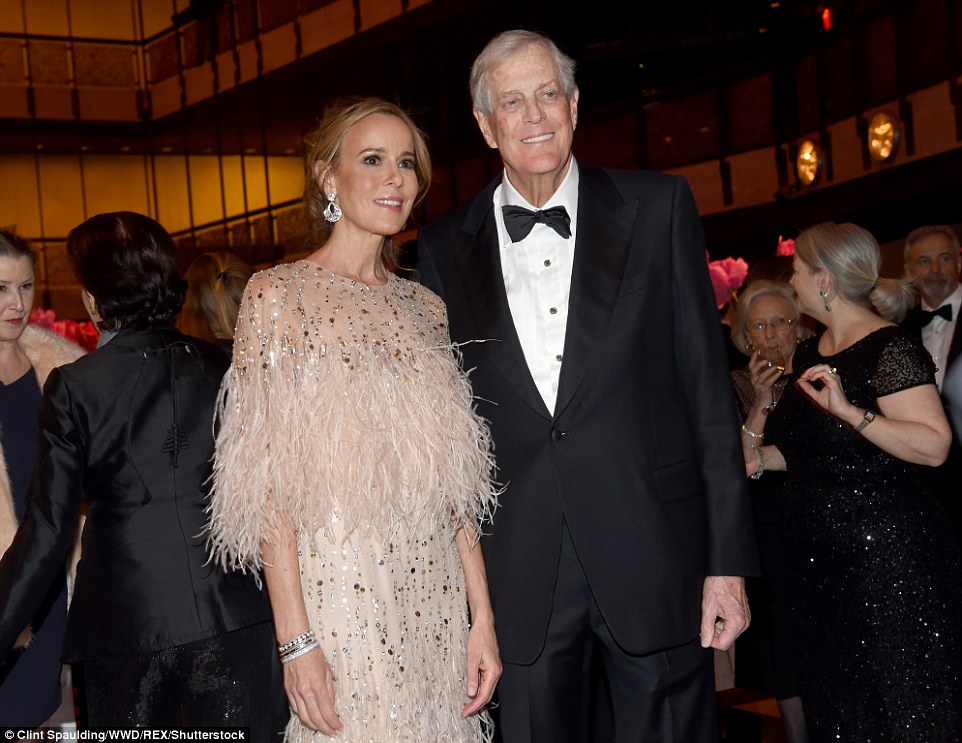 Koch and Juila, who met on a blind date and married in 1996, reportedly fell in love with the property after a viewing and decided they ‘just had to have it’

The home features eight bedrooms, ten bathrooms, four half bathrooms, and is located on Manhattan’s Upper East Side – just off Park Avenue and two blocks away from Central Park.

On the ground floor is a marble entrance, a sweeping grand staircase, a chef’s kitchen and family room. The rear wall is made of glass and overlooks a limestone-clad and landscaped garden to the rear.

The master suite is bigger than most New York apartments on its own, spanning 1,500sq ft with its own separate sitting room, fireplace and double baths.

Elsewhere is a separate service entry, a security room and a staff suite – along with a gym and a roof terrace.

The property was developed by real-estate mogul Joseph Chetrit who bought it as part of a package deal for six 19th-century row houses in 2007 for a combined $26million.

Chetrit gutted the properties and turned them into three double-wide homes. Koch bought the largest of the trio, which had initially been listed for $51million.

Even at the reduced price, Koch’s purchase is one of the most valuable on the New York market this year.

The second property is currently on the market for $39million and the third has yet to be listed, making a sound investment for Chetrit.

David and Julia met on a blind date, have been married since 1996 and have three children together. 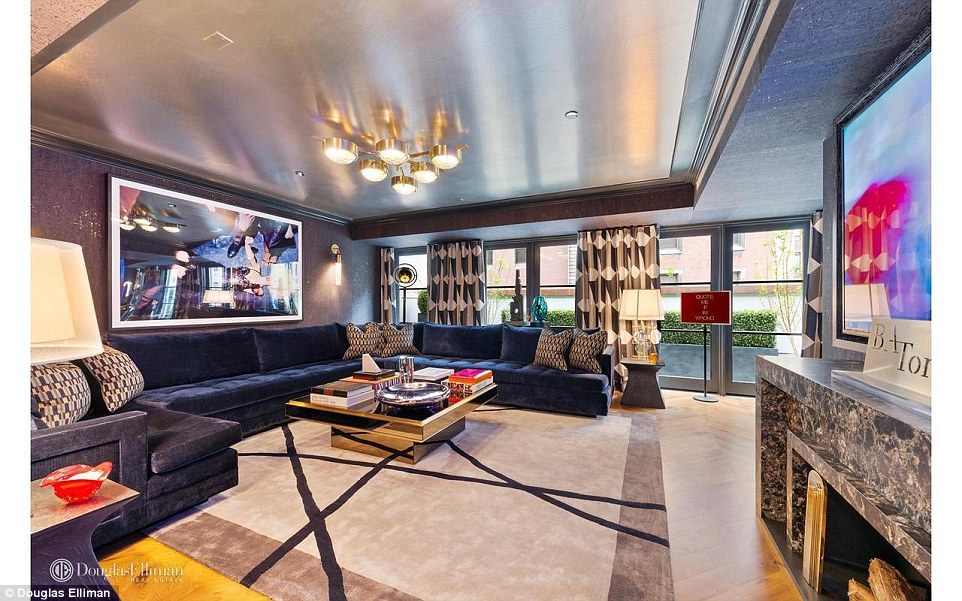 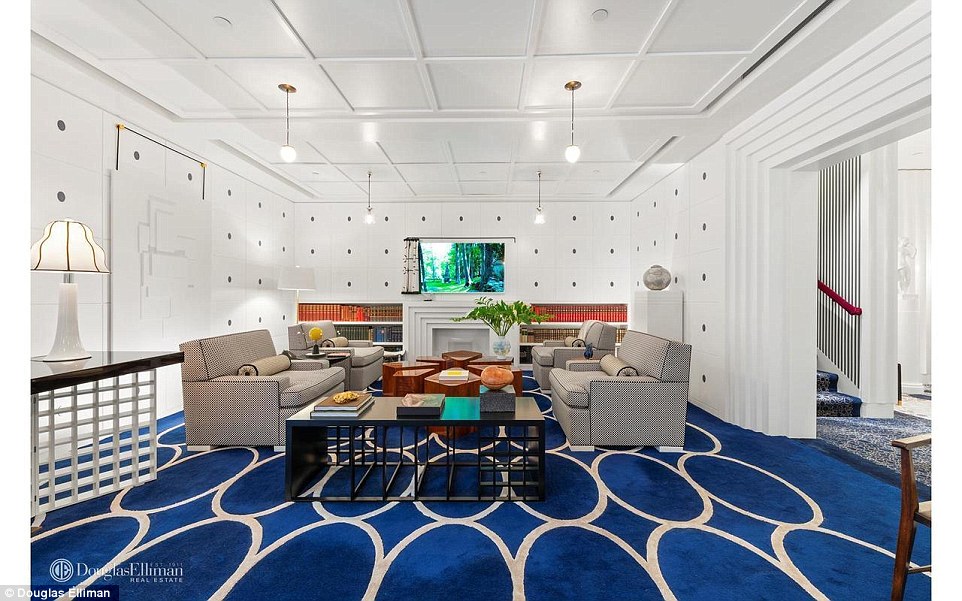 Agents initially listed the property for $51million, but even at the reduced price of $40million it is one of the most expensive deals done in New York so far this year 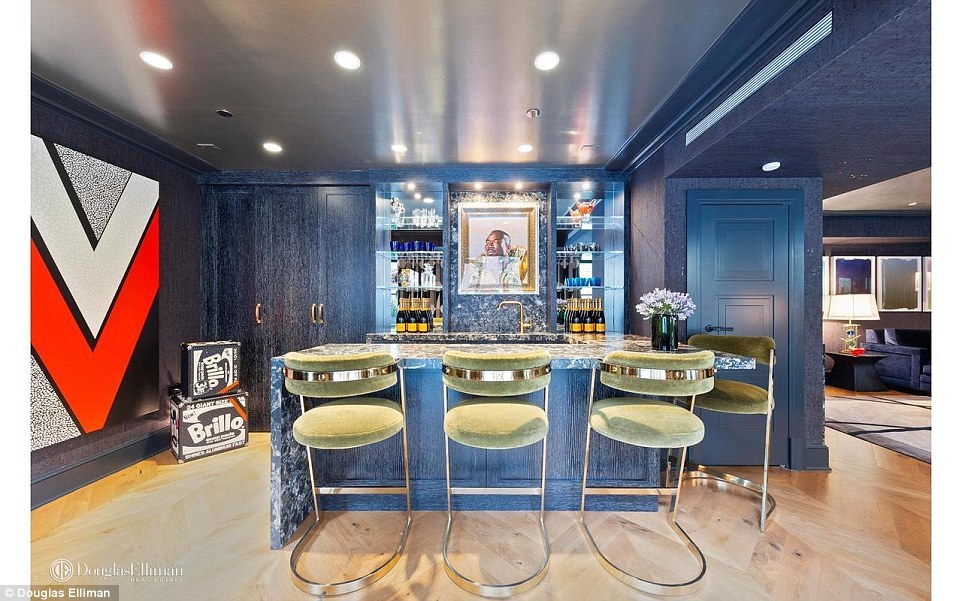 Another of the home’s many entertaining spaces, which includes a spacious roof terrace for the summer months 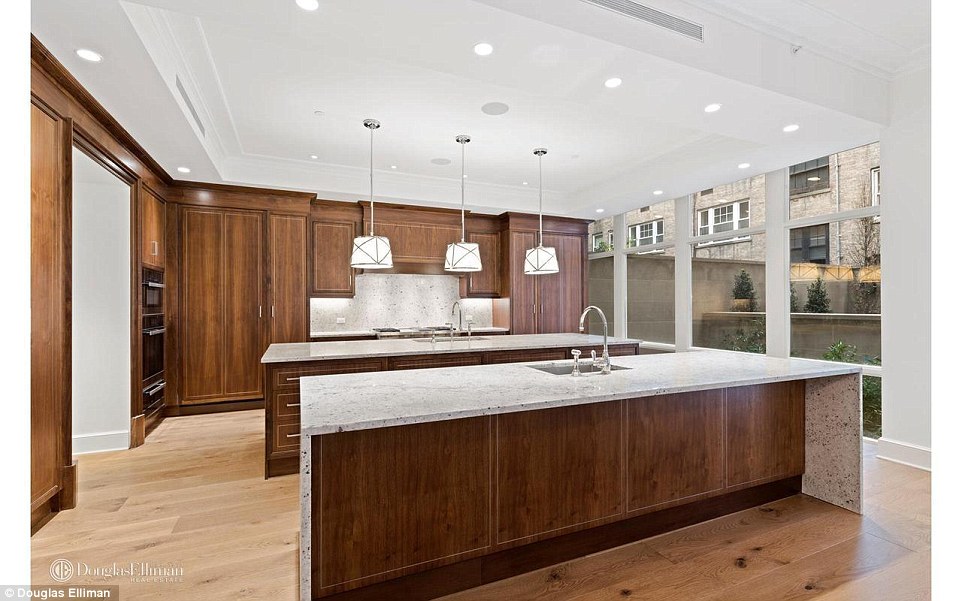 Another view of the first-floor kitchen, which is large enough for entertaining. The home also includes staff quarters, should Koch decide to employ a chef 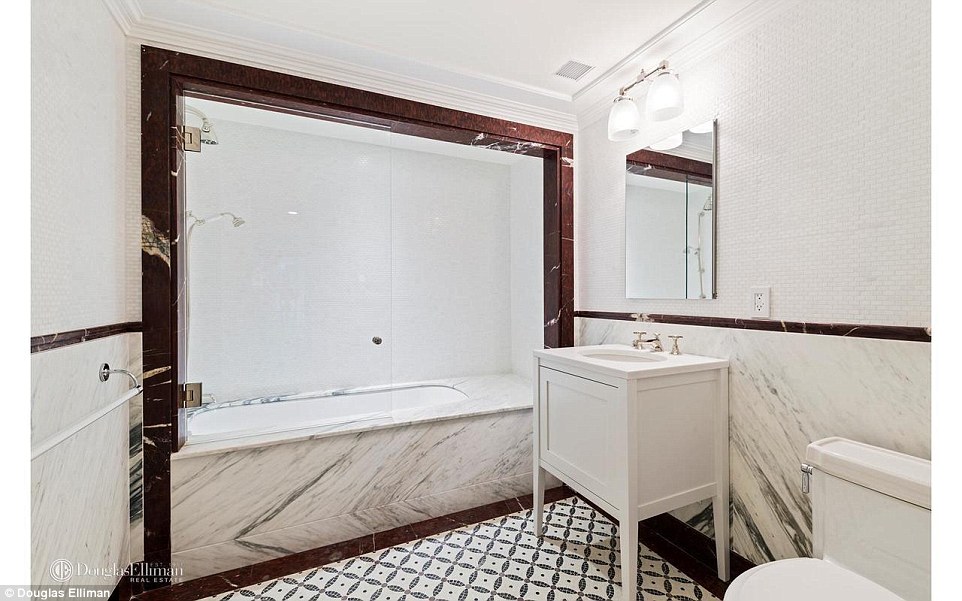 One of the home’s 10 bathrooms. The bathroom located off the master suite is far larger than the one pictured here, and has double bathtubs for Koch and his wife to relax in 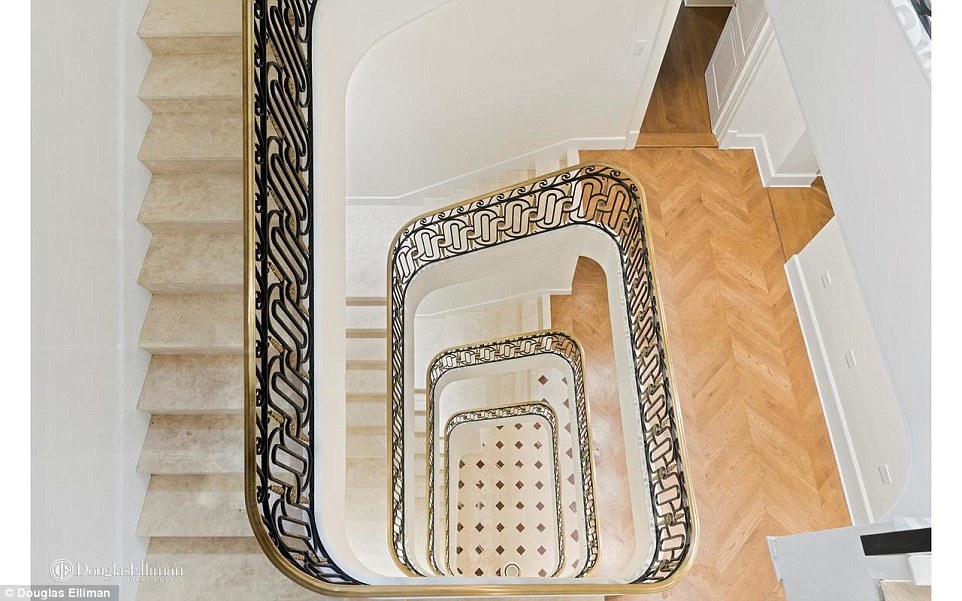 The home’s grand staircase is one of its most stunning features, but it also features an elevator with access to all seven floors in case the stairs feel like too much effort 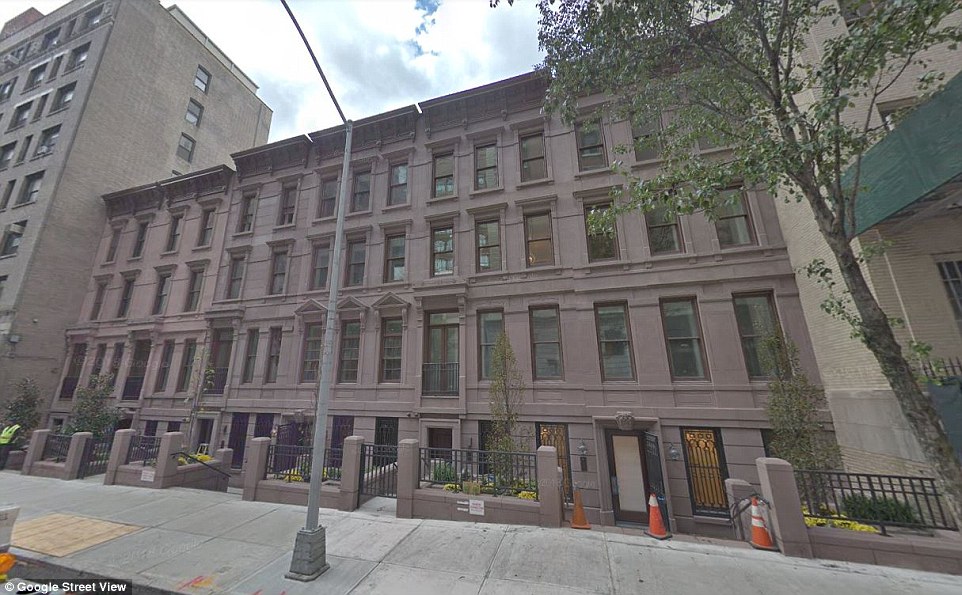 Koch’s new home (far right) is one of three double-wide properties created by Chetrit who managed to scoop up the originals for $29million. The second home is now on the market for $39million, while the third has yet to be listed