The BBC is one of the world’s most over-managed organisations. So at times of crisis, the cry goes up from the upper echelons of Broadcasting House, ‘Assistant Heads must roll!’ That surely won’t be enough this time.

The row over the Last Night Of The Proms calls in to question the BBC’s ability to make political, patriotic and even musical decisions. And this time, they have been wrong on every count.

It seems the BBC employs executives who have total contempt for the public they serve because they so readily confuse internet huff and puff with the will of the British people.

For ordinary Brits, patriotism matters, and Land Of Hope And Glory and Rule, Britannia are a core part of our national musical history. The BBC really do need to ask themselves a hard question: why couldn’t they find within their ranks anyone who really understands licence fee-payers values?

Patriotism matters, and Land Of Hope And Glory and Rule, Britannia are a core part of our national musical history. Pictured, audience enjoying BBC’s Last Night of the Proms in 2014

In a poll published on Friday, only five per cent agreed with the decision to scrap the words and to play only an orchestral version of the songs.

Sadly though, that five per cent seems to include every senior BBC figure who played a part in this fiasco.

As things stand, it’s not just Tories queuing up to denounce the BBC, but Labour as well, led by Sir Keir Starmer. Quite a coup for Proms Director David Pickard and Radio 3 chief Alan Davey to unite Boris Johnson and Sir Keir against them.

What price the licence fee now, anxious people at Broadcasting House must be asking? Nice one, boys.

I was the Minister responsible for broadcasting on four separate occasions and each time I was a stout defender of the BBC. When Margaret Thatcher privately denounced the Corporation, as she regularly did, I spoke up for the Beeb which, at its best, has been a tremendous force for civilisation and unity.

Today my view is very different. And were I still a Minister, I’m sorry to say I could no longer support the licence fee, so deaf has the Corporation become to the true wishes and needs of its audience.

And I welcome the news that other media groups are planning to launch a television news service to rival the BBC and Sky.

The competition is badly needed, as even a cursory look at the past decade of BBC blunders and betrayals makes clear.

Take the case of Tory peer Lord McAlpine, falsely implicated in child abuse by BBC2’s Newsnight. In 2012, the BBC was forced to settle his subsequent libel claim.

Two years later the BBC saw fit to fly a helicopter over the home of Sir Cliff Richard and broadcast live footage during a police raid as part of an investigation into historical child sex allegations.

Sir Cliff was never even arrested, let alone charged. Like Lord McAlpine, he was entirely innocent and was eventually awarded damages totalling £2 million.

In 2016, a review by Dame Janet Smith concluded that the BBC missed opportunities to stop ‘monstrous’ abuse by Jimmy Savile and presenter Stuart Hall. BBC culture ‘was deeply deferential’, she said. 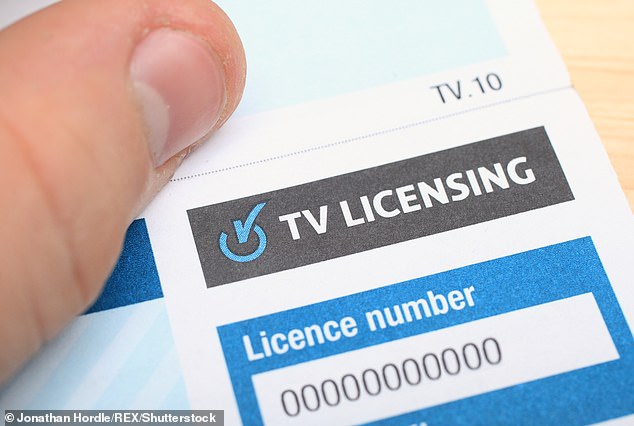 The BBC really do need to ask themselves a hard question: why couldn’t they find within their ranks anyone who really understands licence fee-payers values? (file photo)

But perhaps most significant was the blindness, not to an individual, but to a whole population. This was an organisation that failed to understand or reflect the fact that millions of its core viewers were Brexit supporters, a stance clearly seen as undesirable by the BBC’s generally metropolitan – and Remain supporting – executives.

So I’m not alone in thinking that the Corporation – cumbersome, deferential, institutionally stupid – has completely lost its way.

Farcical as it might seem, the Proms debacle tells you much of what you need to know about the BBC today, where incompetence is blended with presumption and a near-obsessive wish to placate the twin gods of Yoof and Inclusion.

This isn’t the first time the patriotic content of the Last Night has been challenged by politically-motivated agitators. A previous Proms head, John Drummond, was put under enormous pressure to change the Last Night music because the conductor didn’t want to play ‘jingoistic’ music at the time of the Gulf War.

Drummond refused, commenting he ‘had work to do’ and sacked the conductor. He was well aware what huge disruption an unnecessary row would have caused.

That’s called the smack of firm government. Something that was needed in abundance these last few weeks, but was not forthcoming.

If the BBC is to re-establish its relationship with the British people – as opposed to internet agitators – the axe must surely fall on the Proms Director, David Pickard, and the head of Radio 3 (who has particular responsibility for the Promenade Concerts).

Pickard used to head up Glyndebourne and was woefully under-qualified for running the Proms. He just blundered on into the biggest, and most richly deserved, public humiliation for the BBC in years. A well-placed colleague describes him as a ‘reed shaken by the wind’ – increasingly like the Corporation itself.

The only one at the BBC who seems to understand the viewers is the incoming Director-General Tim Davie. But he has arrived too late to help.

So much for the politics and the patriotism. But I believe the musical judgments the BBC have made are totally wrong, too.

Conducting the Last Night Of The Proms is an honour generally only afforded to distinguished conductors. And some never get asked. 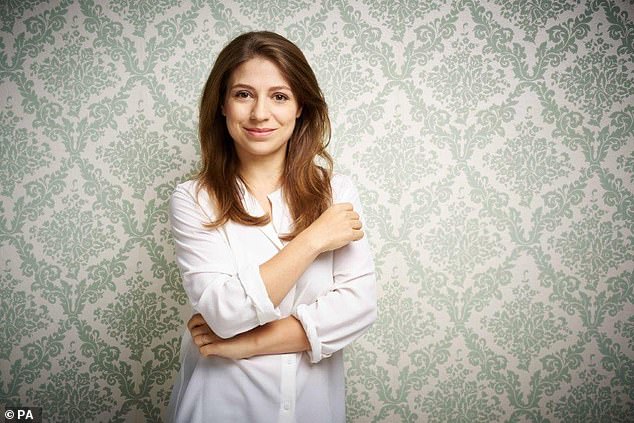 Conducting the Last Night Of The Proms is an honour only generally afforded to distinguished conductors. So who is Dalia Stasevska (above), this year’s conductor?

So who is Dalia Stasevska, this year’s conductor? In truth, the 36-year-old Finn is a mere beginner, almost totally unknown in this country. She was Davey’s tokenistic choice – based on only one previous concert with the orchestra – to become the BBC Symphony’s Principal Guest Conductor.

Talk about being thrown in at the deep end. So she miscalculated by uttering a lot of woke nonsense about Black Lives Matter, when she should have kept her mouth shut, and merely waved her baton at the appropriate time.

Now she’s deeply upset about the reaction she got and blames the BBC. Well, since everyone else blames the BBC for this sorry farce, I guess that at least is understandable.

They should take a leaf out of John Drummond’s book and release her. Because one thing is certain: if this sorry shambles continues, it can only get worse for her.

The person I feel most sorry for is Edward Elgar, who set the music to Land Of Hope And Glory. Because his life suggests that he could be called a trailblazer for the Black Lives Matter campaign.

Elgar mentored another composer, Samuel Coleridge-Taylor, who was the son of a British mother and a black doctor from Sierra Leone. Elgar did his best to promote his exceptional talent.

As it happens, Elgar much preferred the orchestral version of the big tune in Land Of Hope And Glory – formally, his Pomp And Circumstance March No 1 – to the choral version. But the BBC can’t even get that right.

They are not planning to play Elgar’s brilliantly orchestrated March (without the words) but, in another piece of tiresome tokenism, they have asked an obscure woman composer to re-orchestrate it. What a mess.

As for this shoddy behind-closed-doors performance of the Last Night, it should surely be dumped right now before more damage is done to the BBC’s flagging reputation.