David Warner has verbal tirade at Jonny Bairstow after 100

Australian batsman David Warner launched a tirade of foul-mouthed abuse at England wicket-keeper Jonny Bairstow after being reprieved on 99 by a no-ball before reaching his century on the first day of the fourth Ashes Test.

Bairstow had joined in with other England players, led by debutant Tom Curran, in informing Warner at just how lucky he had been to reach three figures at the MCG on Boxing Day.

Curran had had Warner caught off a miscued pull shot when on 99 only for umpire Kumar Dharmasena  to call a no-ball – an agonising way to miss out on your first Test wicket. 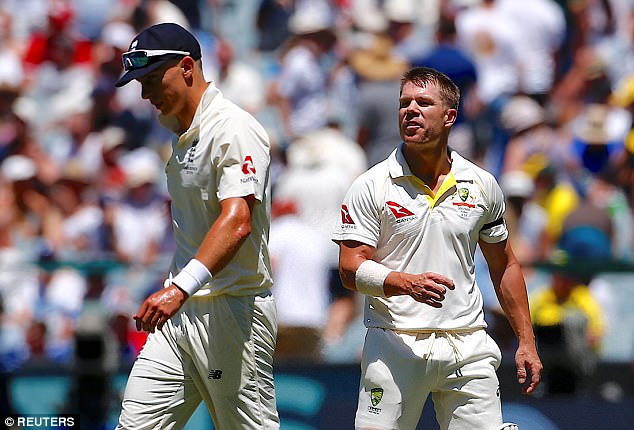 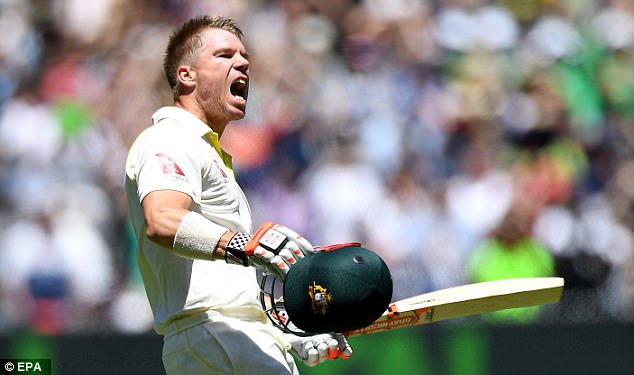 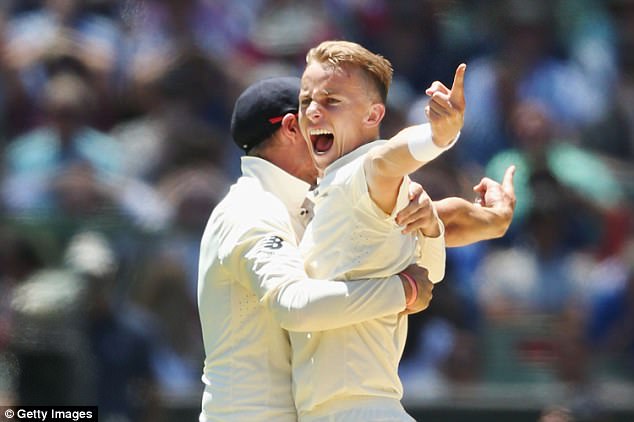 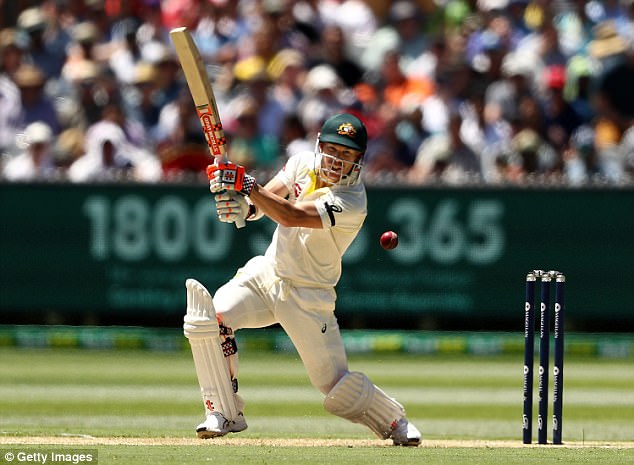 Warner, who celebrated his hundred the next ball in an exaggerated style including his trademark leap in the air, responded to the England comments by mouthing a volley of four-letter obscenities at Bairstow in particular .

Bairstow had also been the victim of over-the-top Aussie sledging during the Tests in Brisbane and Adelaide saying afterwards he wouldn’t complain unless the barbs continued.

Both camps played down the ugly flashpoint after Australia finished the first day on 244 for three watched by an MCG crowd off 88,172 -the fourth highest cricket crowd on record there. 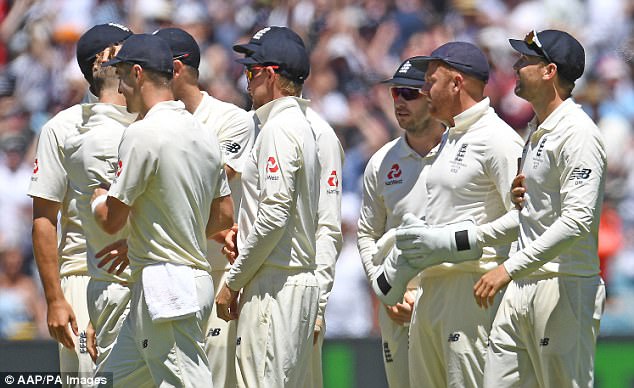 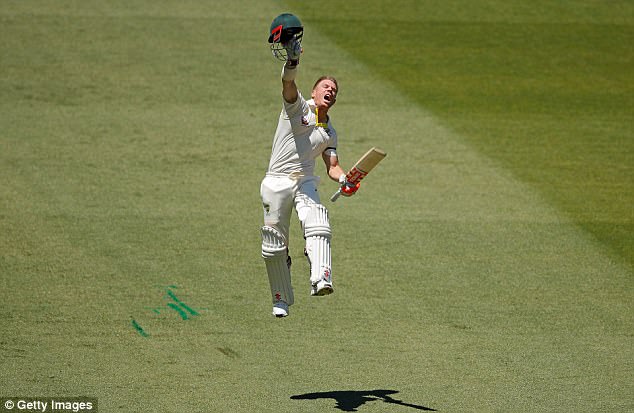 HOW THE SEQUENCE OF EVENTS UNFOLDED

Warner said: ‘It’s an Ashes series. There is always going to be niggle and banter when you’re out there but everything seems very mellow out there.

‘It was just one of those things where the bowler’s going to be annoyed that he overstepped the mark. He muttered something and I didn’t let go. I obviously had to bite back as I normally do.

‘We always talk about not crossing the line and I think it’s being played in the right spirit . There’s maybe one occasion this series when it’s went too far – obviously around all the stuff that happened off the field.’

Warner said about his differing emotions on walking off after making 99 before being recalled: ‘I played a c*** shot. I was disappointed with the way I played that shot. I was quite annoyed , but then getting recalled was fantastic. It was a bit of a rollercoaster of emotions between those two deliveries.

‘The way I celebrated was more to myself to give myself an upper cut for the shot before. I live by the sword, die by the sword.’ 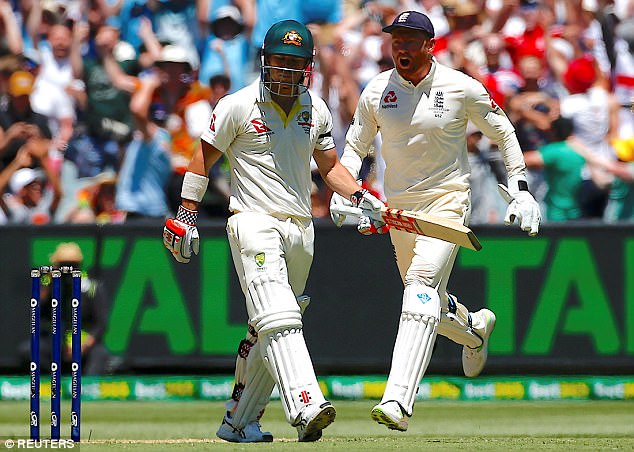 Anderson, who denied he had complained to the umpire about Warner’s outburst at Bairstow, said afterwards: ‘Nothing much was said to be honest. Nothing went on untoward. Warner’s trudging off the pitch having got out and the very next ball he gets a hundred. I think his jubilation was even more after seeing Tom celebrate his first wicket.’

Anderson added about Curran’s ecstasy turning to agony : ‘I was gutted for Tom. It was hard to watch, really, seeing the elation in his face and then watch it drain from his face a few seconds later when the big screen came up. It’s one of the things you learn the hard way, on Boxing Day at the MCG.

‘It’s difficult, you want to be behind the line as much as possible, but with the adrenalin and Tom wanting to impress in his first Test match, he just put in a bit of extra effort.’

Curran said: ‘It was horrible, the worst feeling I’ve had, but looking at the positives, I get to get my first wicket twice. It was tough work today. It’s a good wicket with not a lot of pace. We kept trying our best, on another day things might have gone slightly differently.’

Anderson was critical of the MCG pitch saying: ‘ You’d think the near 90,000 that turned up don’t want to see 244 for three. People want to see entertaining cricket, especially in an iconic Test match like the Boxing Day Test at the MCG.