It’s been a torrid 24 hours for David Warner, with the opener unable to banish his off-field woes with an underwhelming knock against the West Indies.

Fresh from an explosive statement in which he withdrew his appeal against his lifetime captaincy ban, Warner arrived at the Adelaide Oval with a point to prove.

The 36-year-old revealed that the Review Panel wished to conduct a full inquest into his role in the sandpaper scandal which rocked Australian sport, accusing authorities of seeking a ‘public lynching’.

But instead of silencing his critics with a sumptuous knock, Warner went out with a whimper against the tourists on Thursday, being dismissed for 21 runs as the Australians looked to win their two-match Test series.

Biting at a Alzarri Joseph delivery wide of off stump, the opener failed to get a clean hit on the ball, which clipped the edge of his bat and sailed into Joshua Da Silva’s hands.

As he trudged off the pitch, Warner was seen ripping his gloves off in fury, angered by the nature of his cheap dismissal amid a turbulent past few hours. 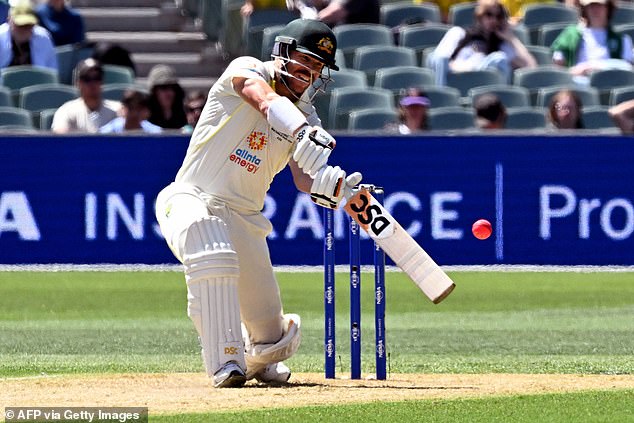 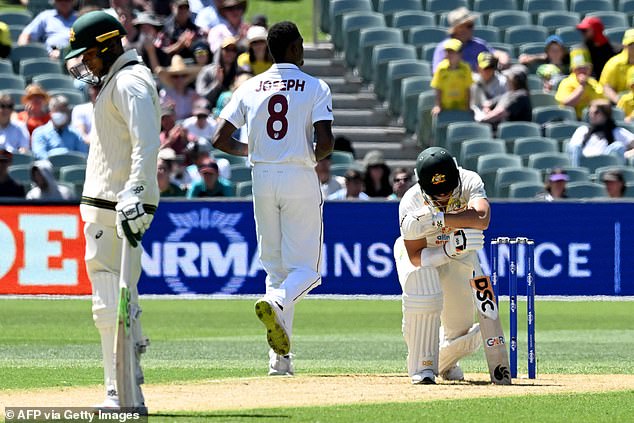 He claimed the shocking development occurred after the Aussies suffered a heavy loss to South Africa in a Test match in Hobart in 2016.

Erskine alleged the officials were ‘berating the team for losing against South Africa’ after the Test.

At no stage did Erskine state the officials allegedly involved were from Cricket Australia.

The manager also slammed the governing body’s handling of the scandal when it first broke, alleging the investigation was rushed and his client was made a scapegoat for the affair. 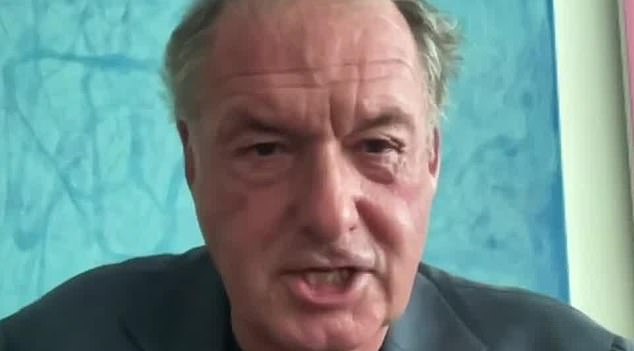 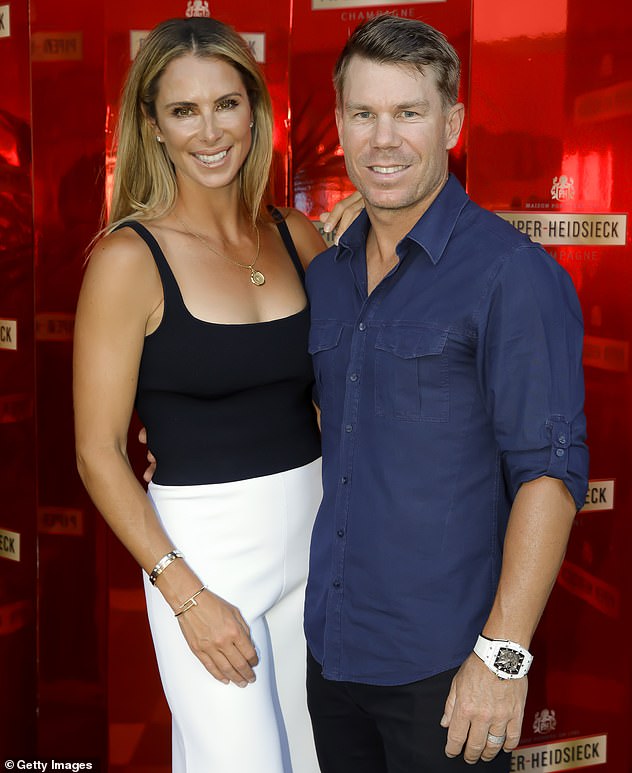 ‘Cricket Australia had the whole process, the [Iain] Roy report was done in four days.

‘You’d have to be a blind black labrador, there was far more than three people involved in this thing. They all got a caning and David Warner was completely villainised.’

Under the belief Cricket Australia’s review would centre more on his own growth since the 2018 ball-tampering saga, Warner said he was dismayed to be told the review would include a cross-examination on the issue.

Cricket Australia has since confirmed they supported the 36-year-old’s push to have that process changed, but both were on Wednesday told by the independent panel of code-of-conduct commissioners they were holding firm on the matter.

Warner’s wife Candice broke down crying on live radio on Thursday as she revealed the toll the Sandpapergate saga and lifetime leadership ban has taken on their family.

‘We live it day to day, that pain doesn’t go away. It’s still raw,’ she said on Triple M’s Summer Breakfast Show.