Dead baby is found abandoned in a plane toilet

A dead baby was found abandoned inside a plane toilet shortly before the flight landed in India.

The body of the infant was found aboard an AirAsia India flight that landed in New Delhi on Wednesday, police and the airline said.

Police suspect the baby was stillborn and the airline said a medical examination conducted at New Delhi airport confirmed the infant was delivered aboard the flight, India Today reports.

A woman who was on the flight and is suspected to have given birth onboard has been held by police for questioning, an officer at the airport police station said.

The woman delivered a ‘premature dead foetus,’ he told the newspaper.

He added the plane was flying in from the eastern city of Guwahati, and declined to give further details immediately.

AirAsia India said the newborn was found lifeless by staff onboard as they were preparing for landing. 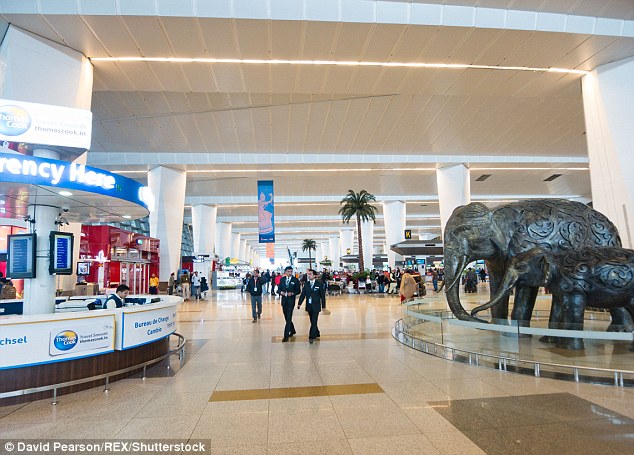 ‘A suspect has been held back by police for further investigation,’ the airline said in a statement to India Today.

‘The suspect was identified on questioning of all female passengers onboard.’

The airline said it had informed the country’s aviation authority, the Directorate General of Civil Aviation, about the incident.

‘We will be assisting in the investigation and cooperating with all concerned agencies,’ it added.