This year marks 30 years since a 5.6 magnitude earthquake devastated the city of Newcastle, 160 kilometres north of Sydney.

Thirteen people were killed while another 160 were hospitalised on December 28, 1989 in what remains one of Australia’s most serious natural disasters.

Another deadly earthquake like the 1989 Newcastle disaster (pictured) could happen again. Pictured is Newcastle Workers Club, where nine of the 13 fatalities were killed

The warning of another deadly disaster comes as 7.2 magnitude earthquake in the Banda Sea was felt 700 kilometres away in Darwin on Monday, sparking widespread evacuations across the city.

The Newcastle disaster was an intraplate earthquake, which occurs within the interior of a tectonic plate.

They are relatively rare compared to the more common boundary-located interplate earthquakes like the one that was felt in Darwin on Monday. 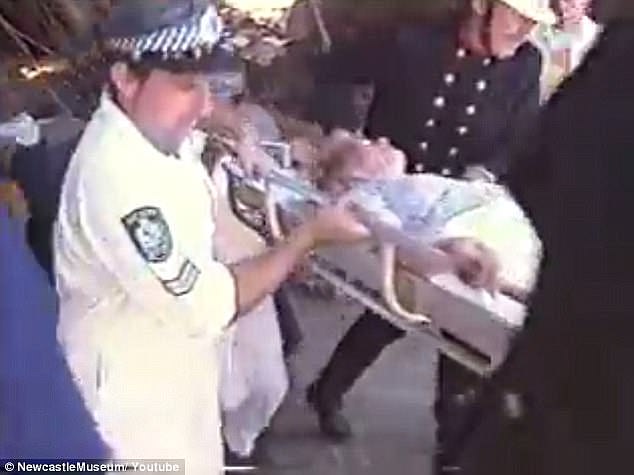 Thirteen people were killed and another 160 were rushed to hospital on December 29, 1989

The city was rocked by a 5.6 magnitude earthquake on the morning of December 28, 1989

13 people were killed while 160 were rushed to hospital

The worst affected was Newcastle Workers Club, where nine were killed

‘You get stress built up in the plate along local fault lines like in Newcastle,’ Dr Bathgate told The Daily Telegraph.

‘We can’t predict earthquakes but having seen earthquakes in the past, it’s certainly something that’s possible that could occur.’

No injuries or damage were reported in Darwin on Monday, the second earthquake to hit Australia’s Top End within four weeks.

Central Australia was rocked by a 5.4 magnitude earthquake that could be felt from 350 kilometres away on May 30. 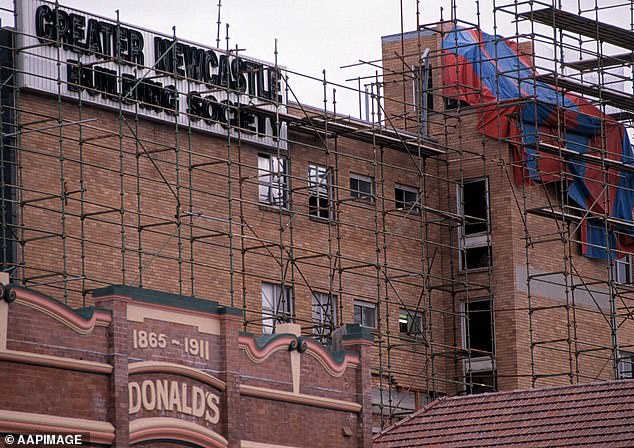 While earthquake activity in NSW is ‘generally small’, devastating damage similar to the havoc caused in Newcastle 30 years ago (pictured) could happen again 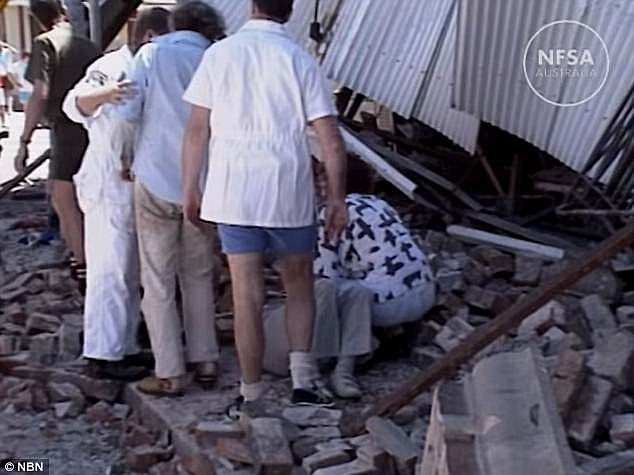 Newcastle residents struggled to free those trapped in the devastating damage

The 1989 Newcastle earthquake caused an estimated $4 billion worth of damage and was felt in other parts of NSW up to 800 kilometres away.

Among the worst affected areas was Beaumont Street in the inner-city suburb of Hamilton, where three pedestrians were crushed to death when awnings above them crashed to the ground.

But the worst hit was Newcastle Workers Club, where nine of 13 fatalities occurred.

The death toll would have much higher had the earthquake struck later than night, when Crowded House were scheduled to perform there. 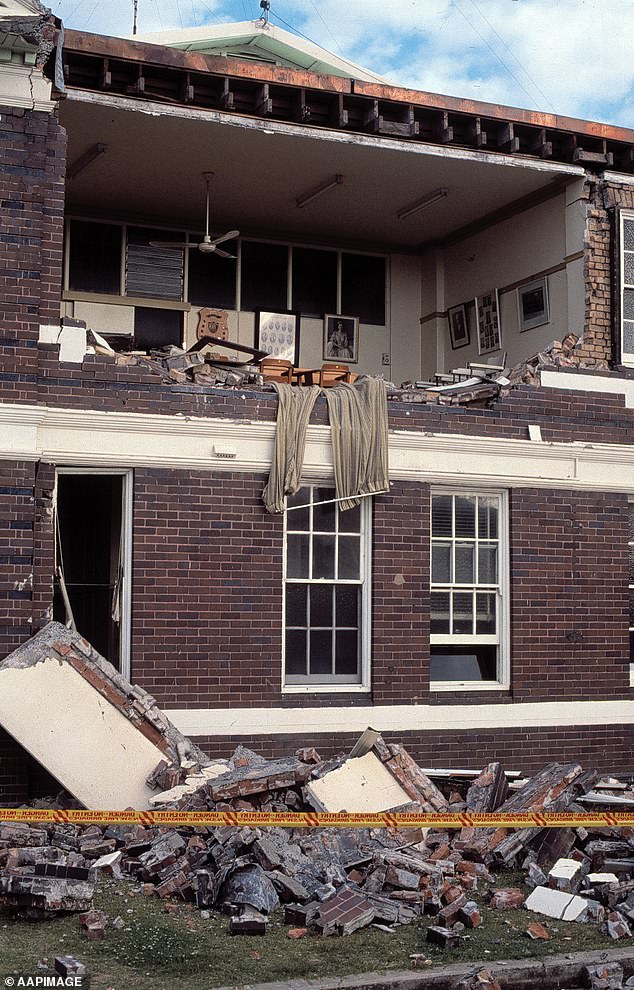 Of the 50,000 buildings damaged in the 1989 Newcastle earthquake,80 per cent were homes