Dean Henderson is back at Carrington as he steps up his attempts to dislodge David de Gea as Manchester United’s No 1 goalkeeper.

After two impressive years on loan at Sheffield United, Henderson said farewell to those at Bramall Lane this week and returned to Old Trafford.

The 23-year-old Henderson played 36 times for the Blades last season and was a key component of Chris Wilder’s impressive side that secured a ninth-placed finish in their first campaign back in the Premier League. 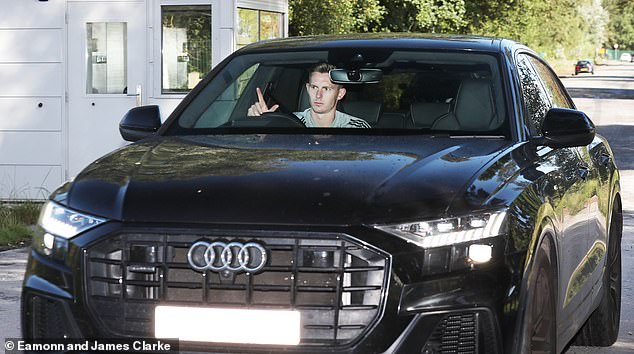 His form has also seen him mooted as England’s new goalkeeper, with the current incumbent Jordan Pickford enduring an inconsistent run of form with Everton.

After announcing his plan to return to United, Henderson wrote on Twitter: ‘I would like to take this opportunity to thank everyone at Sheffield United for the last two years.

‘Winning promotion to the Premier League with my brothers and having the season we had this season is something I will never forget.

‘I would like to thank the manager, my teammates, the backroom staff and of course, the fans, who have been unbelievable towards to me.

‘I will look back at the last two years as an important chapter in my career and more than anything I’m grateful to have had the opportunity to learn and develop with such a class group of lads.’ 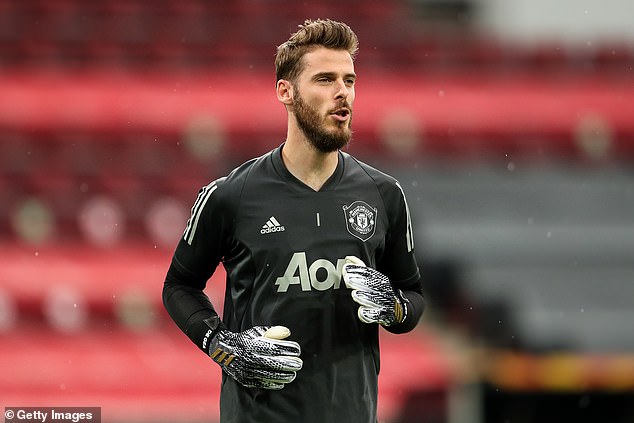 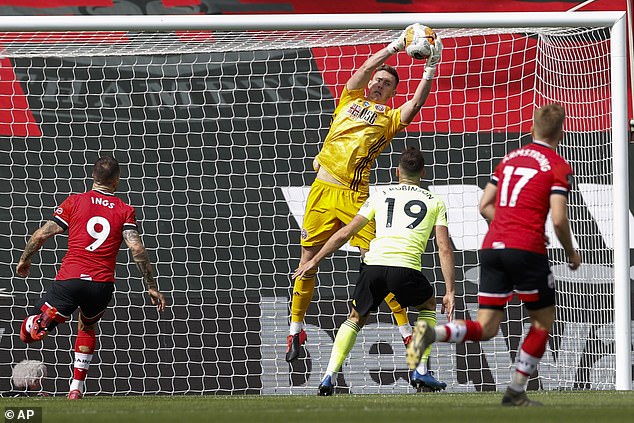 Furthermore, The Sun reported earlier this week that Henderson is on the brink of signing a new United deal lasting until 2024, worth £100,000-a-week.

De Gea, meanwhile, has been bullish on the impending threat of Henderson despite enduring an underwhelming season by his usual sky-high standards.

‘I trust in myself,’ he said. ‘I showed my qualities all the years, so I just keep available for the manager. I’m always ready to play and try to help the team as always.’