All four members of a well-known Polish death metal band have been arrested on suspicion of kidnapping a woman after a US concert.

The four musicians, all Polish citizens, were arrested early Saturday while on tour in California, on accusations that they kidnapped the woman after their August 31 concert in Spokane, Washington.

Police said the woman attended that concert, at the The Pin concert venue in downtown Spokane, where the band was touring as part of their ‘Double Homicide’ tour of the US.

Following the concert, at around 2am on September 1, the woman contacted police saying she had been held against her will, cops said. 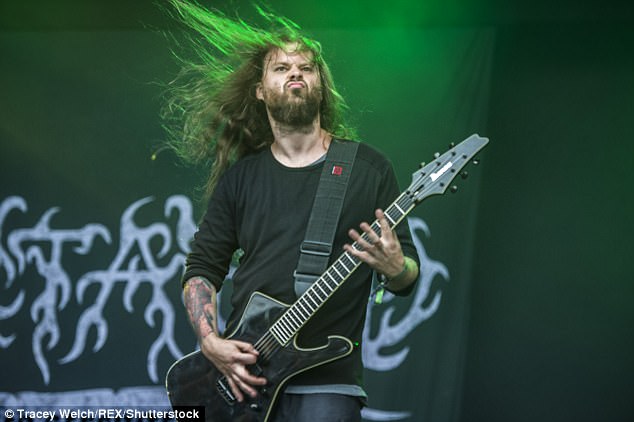 The case was referred to the Special Victims Unit for further investigation, and police believed they had the evidence to move forward with an arrest.

Spokane cops contacted their counterparts in Los Angeles County, and the band members were arrested right after a concert in Santa Ana, California at 2am Saturday.

WHAT IS DEATH METAL?

Death metal is a subgenre of heavy metal music with heavily distorted guitars, low growling vocals, and machine-gun like drumming.

Lyrics of death metal often deal with mythology, the occult, and stylized violence in the vein of slasher or horror films.

Death metal emerged in the 1980s and has remained an influential niche genre in the metal scene.

Cops said the musicians were taken into custody without incident.

‘After they finished playing, they were kind of hanging out,’ Santa Ana police Sgt. Javier Aceves told the Orange County Register on Saturday. ‘There was nothing dramatic.’

They are being held in the Los Angeles County Jail and will face extradition to Spokane, Fuller said.

Steve Graham, the band’s Spokane-based defense attorney, said that the band members are innocent of the accusations.

‘There is another side to this,’ he told the Spokesman-Review.

‘We have witnesses that can testify to the fact that the accuser came to visit (the) band of her own free will and left on good terms.’ 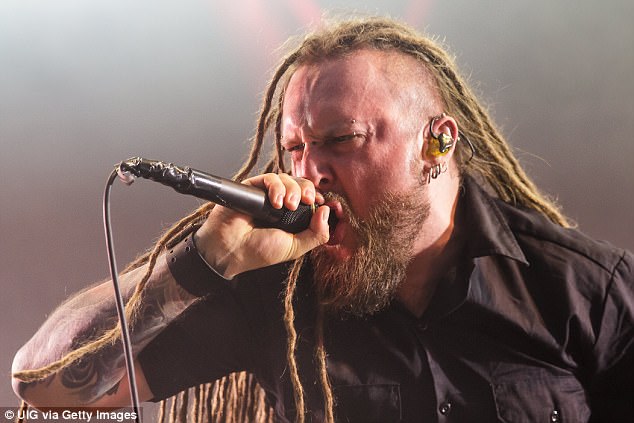 Cops said the musicians were taken into custody without incident, and their lawyer said they’d previously volunteered to surrender. Pictured: Rafal ‘Rasta’ Piotrowski at a 2016 concert 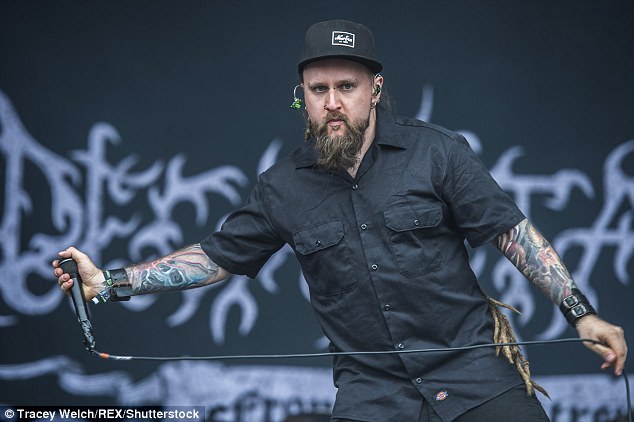 Decapitated, founded in Poland in 1996, has won critical acclaim for its albums among fans of death metal. The rest of the North American ‘Double Homicide’ tour is now cast into doubt

Graham said he told police that the band members had offered to surrender but never heard anything back.

‘I made it clear that I could get the guys up here ASAP and they would cooperate,’ he said.

The attorney said he fears the band members will spend weeks languishing in the Los Angeles County Jail before being returned to Spokane.

But Graham said that the four will not fight extradition and will return to Spokane willingly.

The band, founded in Poland in 1996, has won critical acclaim for its albums among fans of death metal, a subgenre of heavy metal characterized by heavily distorted guitars and low, growling vocals.

Decapitated had been scheduled to play an additional 14 concerts through the end of the month in their North American tour in support of the newly released album Anticult, but the arrest casts doubt on whether the tour will proceed.