Tourist, 45, trying to take photos on Thailand’s notorious Death Railway dies after falling off the train and plunging 10metres into a cave below

A New Zealand tourist has tragically died after falling while taking pictures from a train travelling on Thailand’s notorious ‘Death Railway’.

Horrified onlookers attempted to save the tourist, identified as 45-year-old Patrick Ward, after he fell around 10m from the train just before 12pm on December 27.

Originally called the Thailand-Burma Railway, it earned the nickname ‘Death Railway’ because more than 100,000 labourers died during its construction between 1942 and 1943 in World War II.

Witnesses said Mr Ward was reportedly leaning out of the door of the 75-year-old passenger train to take pictures of the view when he slipped on the steps and fell. 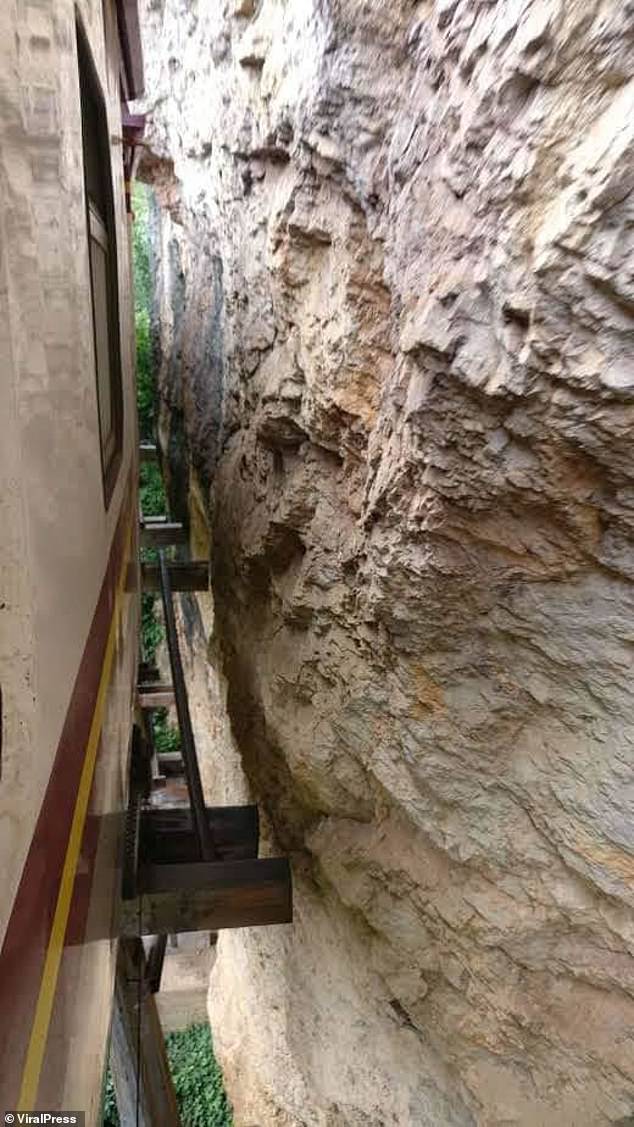 New Zealand man Patrick Ward, 45, had reportedly leaned out of a door on the passenger train to take pictures but then slipped on the steps and fell to his death in Krasae Cave (pictured) in the Sai Yok district

Police said Mr Ward had broken his right arm and neck in the fall and was barely breathing when rescuers spotted him.

Paramedics desperately tried to resuscitate Mr Ward for around half an hour but could not save him.

Rescuers reportedly had to create a makeshift pulley system to lower themselves down to retrieve the body as there was no ladder they could use to climb down into the area.

A tourist nearby captured the fatal accident on video showing the victim falling on his back and out of the train. 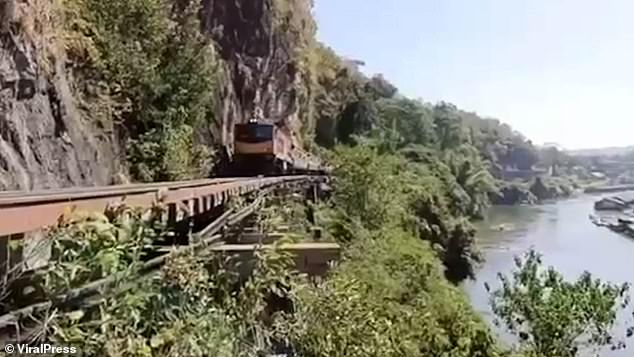 Originally called the Thailand-Burma Railway, it earned the nickname ‘Death Railway’ because more than 100,000 labourers died in the course of its 16 month construction during World War II

Mr Ward had been traveling alone on the famous rail line, which inspired the iconic 1957 film Bridge Over The River Kwai.

He had reportedly been to the toilet before opening a door to take in the view and photograph himself as it passed along cliffs above the picturesque Krasae Cave.

The cave is considered to be the most beautiful and most dangerous point of the ‘Death Railway’.

An estimated 180,000 to 250,000 Southeast Asian civilians and more than 60,000 prisoners of war were subjected to forced labour during the construction of the rail line which was designed to supply troops and weapons for Japan’s Burma campaign in World War II.

Sai Yok Police said it would contact the New Zealand embassy in Bangkok to take custody of the body for the funeral.