The hottest temperature on Earth ever recorded may have been reached on Sunday afternoon, as the mercury in California’s Death Valley hit 130 degrees.

The temperature was reached at 3.41pm Pacific time on Sunday, according to the National Weather Service.

‘Everything I’ve seen so far indicates that is a legitimate observation,’ said Randy Cerveny, who leads the World Meteorological Organization’s weather and climate extremes team. 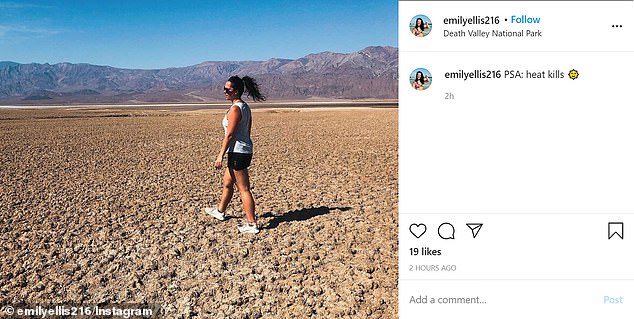 Death Valley is famed for being the hottest place on Earth, and on Sunday did not disappoint

In an email to The Washington Post, he wrote: ‘I am recommending that the World Meteorological Organization preliminarily accept the observation.

‘In the upcoming weeks, we will, of course, be examining it in detail, along with the U.S. National Climate Extremes Committee, using one of our international evaluation teams.’

Death Valley currently holds the record for the hottest temperature ever recorded on Earth – a record set on July 10, 1913, of 134 degrees.

Yet experts for years have believed that the reading was not accurate.

An extensive analysis of that record conducted in 2016 by Christopher Burt, an expert on extreme weather data, concluded it was ‘essentially not possible from a meteorological perspective.’ 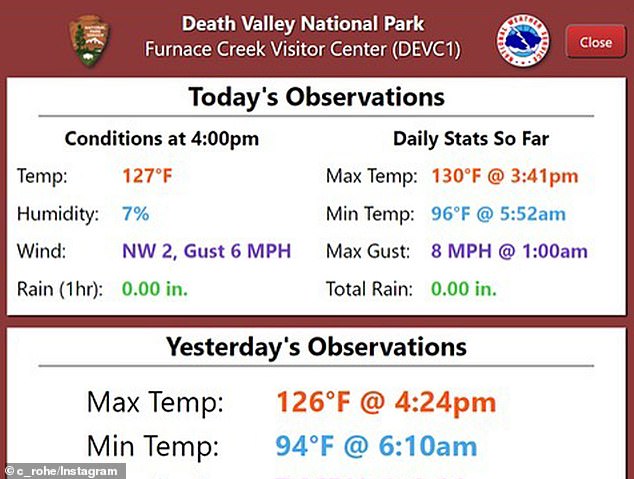 A 131F reading from Kebili, Tunisia, set on July 7, 1931, also has ‘serious credibility issues,’ according to Burt.

Many believe that a 129F readings recorded in Death Valley on June 30, 2013, and in Kuwait and Pakistan in 2016 and 2017, were the highest ever reliably measured on the planet.

If only those readings are considered, then Sunday’s 130-degree temperature would unseat them as the highest measured.

Death Valley is the lowest, driest and hottest location in the United States.

Furnace Creek, where its temperature is measured, sits at 190 feet below sea level in the Mojave Desert of southeastern California.

In July 2018, its average temperature of 108.1F represented the hottest month ever measured on the planet. During that month, it hit at least 120 degrees on 21 days. 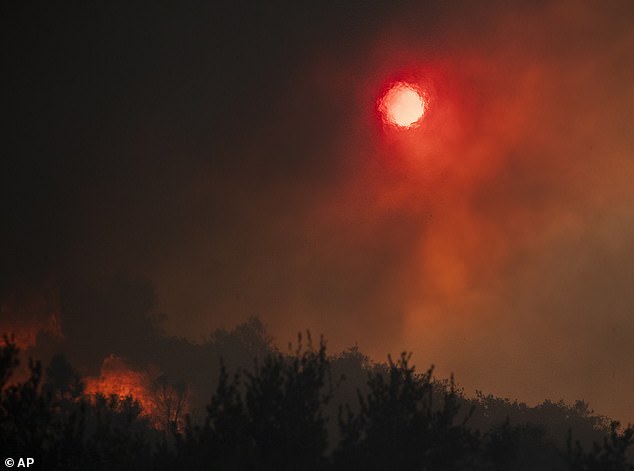 Heavy smoke near Salinas, California, blotted out the sun on Sunday as wildfires raged 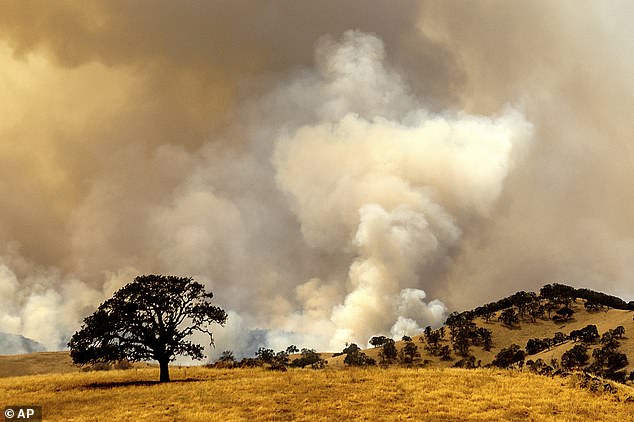 Wildfires swept across Contra Costa County in California on Sunday, sparked by lightning 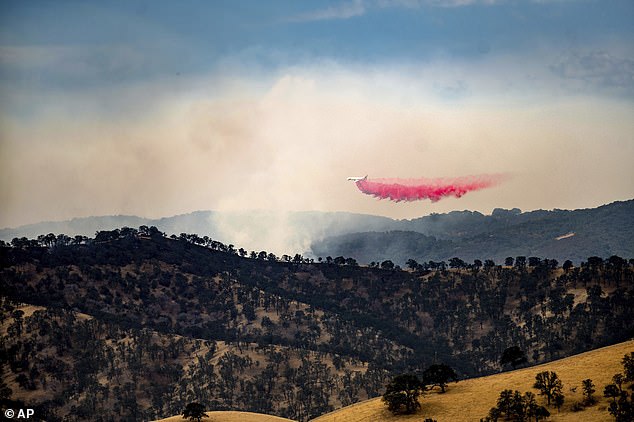 Firefighters battled to put out the blazes on Sunday, inland from San Francisco 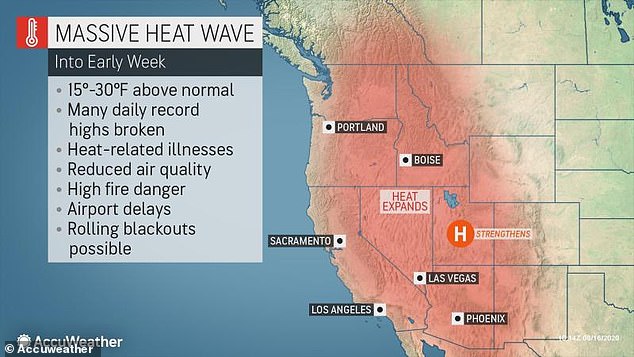 The roasting temperature came as a heat wave continues to grip much of the western United States.

More than 80 million people were under heat alerts Friday from the Central and Southern Plains as well as for nearly the entire West Coast.

Oakland, California, on Friday hit 100F for the first time on record in August, while Phoenix tied its highest temperature for the month: 117F.

Power outages made life a misery for 300,000 customers throughout California from Friday, as the state’s power grid became overwhelmed by energy demands.

A Stage 3 emergency alert was declared around 6.30pm by the California Independent System Operator, which runs the state’s power grid.

The agency has not declared a statewide emergency of this kind since 2001.

By 10pm power had been restored statewide. 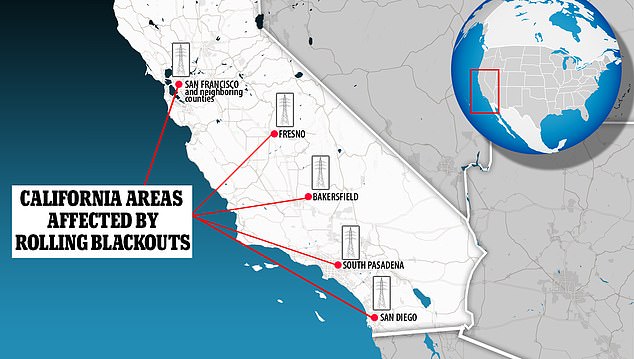 Blackouts hit a large swathe of California on Friday evening from 6.30-10pm 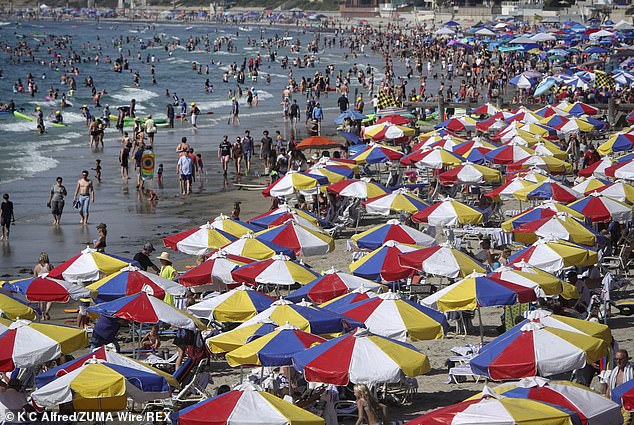 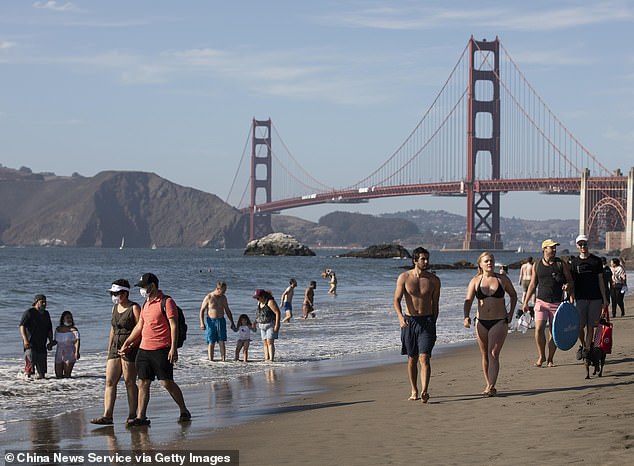 On Saturday, Needles, in California’s southeastern desert, soared to 123 degrees, its highest August temperature on record.

The intense heat has been accompanied by fires.

A blaze in northeastern California, between Redding and Reno, Nevada, spawned a swarm of fire tornadoes – prompting on Saturday what is believed to be the first-ever issued fire tornado warning by the National Weather Service.

Scientists have found that the intensity, duration and frequency of heat waves worldwide are increasing due to human-caused climate change.

A 2019 study found the planet has entered a ‘new climate regime’ with ‘extraordinary’ heat waves that global warming is worsening.

For the West, an excessive heat warning is in effect until Wednesday for parts of Arizona, California and Nevada, with high temperatures expected to reach 110-125 degrees. 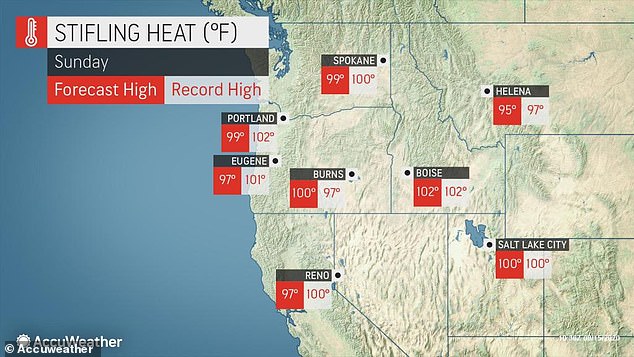 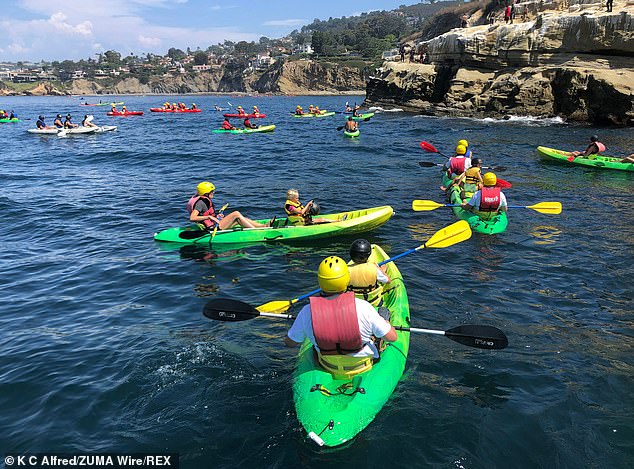 Kayakers in La Jolla hoped to cool off on Saturday amid searing, record-breaking heat