Debate swirls as power of US tech giants grows

With a handful of US technology giants growing more powerful and dominant, debate is intensifying on whether big tech’s growth is healthy or not.

Over the past few years, Apple, Google parent Alphabet, Facebook and Amazon have become among the world’s most valuable companies.

Along with stalwarts like Microsoft and rising stars like Netflix, the tech firms exercise enormous control over what people see and how they live.

Increasingly, policymakers and others have begun to consider breaking up or regulating the biggest technology companies, although imminent action appears unlikely.

While many consumers welcome innovation from the tech sector, critics have complained about the power of “gatekeepers” of information and other content.

Google’s Android and Apple’s iOS power the overwhelming majority of mobile devices. Amazon accounts for nearly half of US online sales and is expanding into new sectors.

Barry Lynn, executive director of the Open Markets Institute, said three firms — Google, Facebook and Amazon — “have more power than any previous monopolies we’ve dealt with in the past century.”

“We have to be incredibly concerned about the power of Facebook, Google and Amazon,” said Lynn, who launched his research center last month after his team was ousted from the Google-funded New America Foundation.

“They have their hands on the flow of news, the flow of books and they are manipulating that flow in a conscious way to promote their interests.”

Even though the idea of taking on the tech giants appears extreme, the upheaval in US politics over the past year has brought together allies from across the spectrum worried about their concentration of economic power. The recently formed “New Center” political alliance that includes leaders from the traditional right and left has placed “challenging big tech” on its agenda.

Bill Galston, a former White House advisor under Bill Clinton and co-founder of New Center, argued that tech monopolies are hurting wages, entrepreneurship and could be distorting the political landscape.

“The big tech firms have almost unlimited funds they can throw into lobbying, and they have been ramping this up steeply,” Galston said. “Is that a good thing for democracy?”

Lou Kerner, partner at the investment firm Flight Ventures, said this monopoly power is more concentrated than any in recent history, and expressed concern it will “strangle innovation” and increase income inequality.

But Kerner said he opposes heavy-handed regulation or breakup of the tech giants.

“By their nature regulators move slowly and by the time they address the problems they are no longer problems,” Kerner said.

“Historically the market has been much better at addressing monopoly powers in technology.”

Ed Black, president of the Computer & Communications Industry Association, which represents firms including Google, Facebook and Microsoft, said breaking up the tech giants could have a “chilling effect on innovation.”

European regulators have taken a more aggressive approach, imposing a hefty fine on Google after concluding the search giant illegally favored its own shopping services, one of three antitrust investigations into the company. 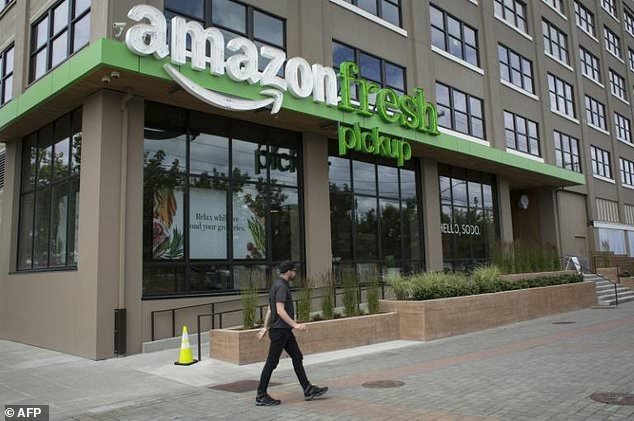 In Washington, the rise of Donald Trump suggests a possible shift in US policy after years in which Silicon Valley was seen as close to the White House.

Former White House strategist Steve Bannon said recently he was leading an effort within the administration to turn Facebook and Google into “public utilities.”

But Federal Trade Commission chief Maureen Ohlhausen, who would lead any US antitrust action, signaled any effort to break up tech firms is remote.

“Given the clear consumer benefits of technology-driven innovation, I am concerned about the push to adopt an approach that will disregard consumer benefits in the pursuit of other perhaps even conflicting goals,” Ohlhausen said in a speech at Georgetown University.

She said some tech critics want “to rewrite the modern rules” of antitrust enforcement to “pursue a wide variety of goals other than consumer welfare.”