Deborah Knigh only changes her sheets every three weeks

Washing linen is one of the most loathed household chores for many people.

And on the Today show on Friday, co-host Deborah Knight admitted she also wasn’t a big fan of the activity.

On the Channel Nine breakfast show, the 45-year-old confessed she only swapped her dirty sheets for clean ones once every three weeks and sometimes avoided it for an even longer period.

‘I confess, I don’t do it once a week’: On the Today show on Friday,  Deborah Knight (left) admitted she only changes her bed sheets once every THREE WEEKS

‘I confess, I don’t do it once a week, it’s probably once every three weeks or maybe even longer at my place,’ Deborah told an expert on the subject.

Doubling down on her decision, she explained:  ‘Making the bed is boring, it’s such a boring job.’

Deb’s confession comes after a leading expert in the field of microbes – which include bacteria, fungi and viruses – has claimed we should be doing our laundry ‘at least’ once a week to stave off dead skin cells, unwanted bacteria and dust mites. 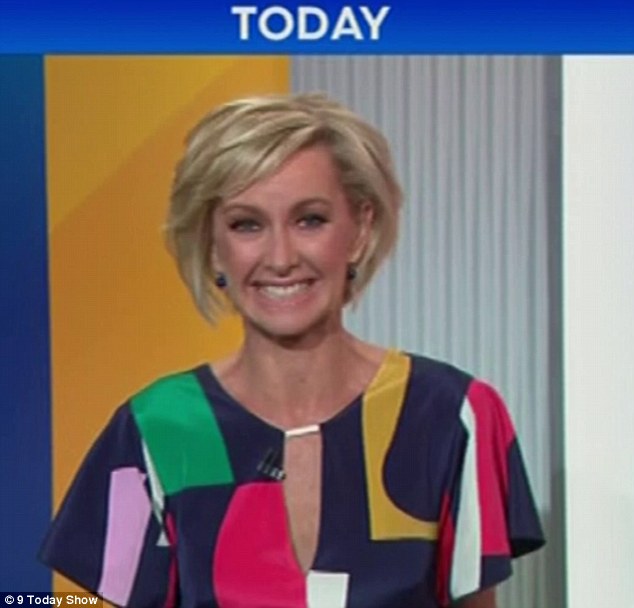 Questionable laundry habits: The confession comes after a UK report recommended people should wash their sheets ‘at least’ once a week

Paul Morris, who has 20 years of experience specialising in household protection against the spread of microbes, said: ‘It is extremely important to wash bed sheets on a regular basis as the build up of dead skin cells can lead to dust mites, unwanted bacteria and unpleasant odours.

‘I would recommend washing sheets at least once a week. The key to keeping bacteria away is the quality of the wash.’ 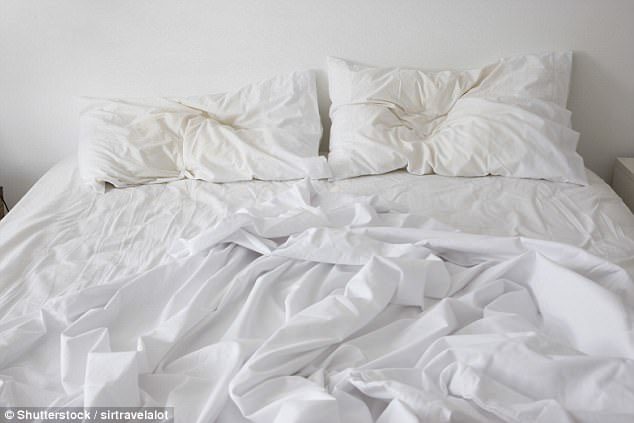 How often do you wash your sheets? Paul Morris claims we should be doing our laundry ‘at least’ once a week to avoid dead skin cells, unwanted bacteria, dust mites and odour

Moss, who is the CEO of antibacterial additives firm Addmaster, added: ‘By law, hospitals have to wash laundry above 70°C to effectively kill bacteria.

He added that homeowners should aim to wash more frequently, either using high temperatures or ‘more economically’ using an antibacterial fluid.

Paul’s comments come as new research reveals less than a third (28 per cent) of UK households change their sheets once a week. 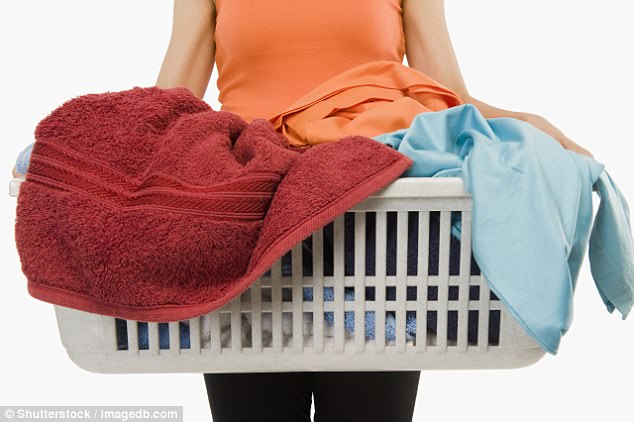 The expert claims that Brits should aim to wash more frequently, either using high temperatures or ‘more economically’ using an antibacterial fluid

The research, from Time 4 Sleep, also revealed that 40 per cent of Brits change their bed sheets once every two weeks, while almost a quarter (24 per cent) wash them just once every three to four weeks.

It found that many people were unaware of how unhygienic leaving sheets unwashed for weeks on end can be.

Jonathan Warren, director at Time 4 Sleep, added: ‘It was really interesting to find out about the UK’s sheet changing habits and how we feel about this particular task.

‘Changing the bed is definitely one of the more annoying domestic duties but we’re hoping that our competition will inspire people to share unusual and interesting tips and techniques, to make the task a bit more fun for everyone.’ 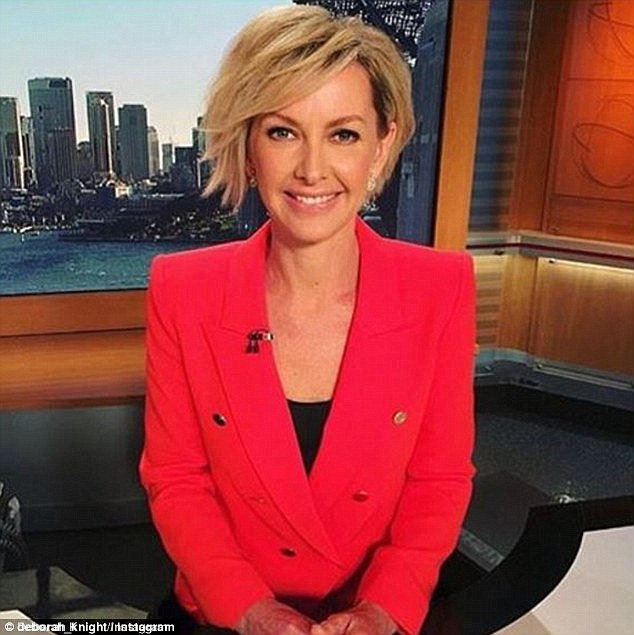 ‘Making the bed is boring, it’s such a boring job’: Deborah admitted she didn’t love the household chore of washing linen