Baptiste is the latest thriller from Jack and Harry Williams, the brothers who wrote The Missing and, less successfully, Liar. It is a standalone series for Julien Baptiste (Tchéky Karyo), the French detective from The Missing who, we now know, survived his brain tumour surgery but is not the man he was. ‘I am not the man I was,’ he said on at least three occasions. So there was no room for doubt there.

Baptiste is wistful and melancholic, now living in Amsterdam with a limp, and is drawn into a case that, if this were Crime Drama Bingo, would have you shouting ‘House!’ in no time at all. Sex workers? Check. Missing young woman? Check. Sex-trafficking? Check. Wistful, melancholic detective? Check. Bad Eastern Europeans? Check. On the other hand, I suppose, if this featured a jolly detective who only encountered pleasant Romanians (or Albanians; always Romanians or Albanians) and prostitutes who were happy in their work and not given to suddenly disappearing, it might be a bit lame storywise. I do get that. 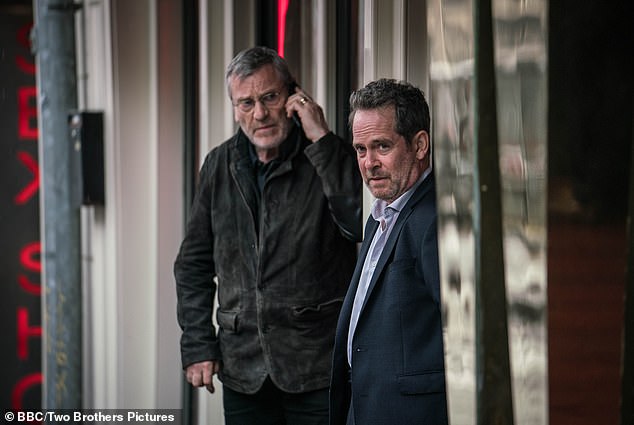 Tchéky Karyo and Tom Hollander in Baptiste. This is the latest thriller from Jack and Harry Williams, the brothers who wrote The Missing and, less successfully, Liar

And the ennui of the first 50 minutes was, surely, offset by the final ten minutes and a brilliant twist that I did not see coming at all. They know how to pull it out of the bag, those Williams boys. Or keep it in the bag, I suppose. If you saw those closing minutes, you will definitely know of what I speak. And it’s still giving me the heebie-jeebies, even now.

The deal here is that Baptiste is quietly getting on with his wistful, melancholic, limping life when an old flame, a Dutch police commissioner, asks him to assist on a case. (Former detective lured back into action because only he can solve this crime… check!) He is introduced to Edward Stratton (a wonderfully stressed and sweaty Tom Hollander), the Englishman who is searching for his missing niece, a florist. I’m joshing you. She’s a sex worker. And drug addict. (Check!) Potential plotlines were here, there and everywhere. There’s a decapitation with a chainsaw. There’s a German Shepherd digging for something in a tulip field. There is a basement filled with unhappy young women. There’s the bad Romanian fella who may still be bad but is now a woman. However, the through line is the relationship between Baptiste and Edward. Foolishly, we take Edward at face value, as does Baptiste, but he does have an excuse. Indeed, as he may have pointed out for even a fourth time: ‘I am not the man I was.’ 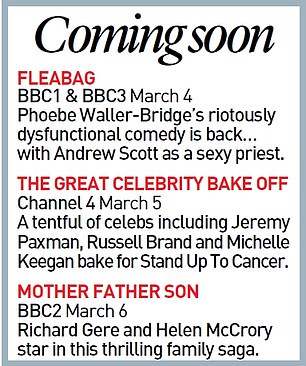 He does talk in plaintive platitudes, does Baptiste. ‘She believed she was taking drugs but they were taking her.’ Or: ‘Human feeling is a mystery’ – even if Freud might think otherwise. This cop is now not much cop – in the sense that the character is too familiar and too familiarly crumpled to be interesting – plus, aside from one unlikely chase scene, it was dramatically slow. But an opening episode is always about putting ducks in a row. I also get that. (I’m not stupid!) And the ending ramped it up magnificently. What is Edward’s game, and when will Baptiste be onto him? Or would he be onto him already? If only he was the man he once was.

Curfew is billed as ‘a street racing drama’ – still no real idea what that is – and offers a bigname cast: Sean Bean, Adrian Lester, Adam Brody and Miranda Richardson. At this point it is usual to say what it’s about – nope, no real idea, and I’m not stupid, as we have already established – and where it works and where it doesn’t and what it is trying to achieve but, in truth, you only need to know one thing: it is profoundly terrible. I didn’t even know Adrian Lester had a bad performance in him. Not stupid, but I can be naive sometimes, for sure.

This is set in the present, but an alternative, dystopian one where a government curfew means everyone must be back in their own homes at the end of the day. It may have something to do with a virus on the loose, but why a curfew would protect you from that, I haven’t a clue. All I can tell you is that there are also scary, flesh-eating creatures around and about, and the only means of escaping all this is by winning an illegal car race as it would allow you to live on ‘an island’ that is beautiful and safe. If that’s the premise (hard to know with any certainty – narrative clarity does not feature strongly here), it is as bonkers as it is unbelievable. Plus this is violent – very – and while the car racing might be a highlight for some, did it have to be so obviously CGI? Meanwhile, for those still playing TV Tropes Bingo, what you’ll most wish to know is whether a car chase results in one car coming off the road and upturning a fruit stall, sending watermelons all over the place. Does it, does it, does it? Yes… Check!