DEBORAH ROSS: ‘Old people up for an adventure’

The Real Marigold On Tour

This has proved a tremendous week for ‘fast forward TV’ – FFTV™ – with the return of The Great British Sewing Bee, MasterChef and Portrait Artist Of The Year. See who the people are, see what they create, whoosh past everything in between. We whoosh past at x30 in this house – Joan Bakewell goes at quite a lick – but the speed is a matter of personal choice, obviously. I would say that I’ve been so busy with FFTV™, I’ve had no time for anything else but I so have, as that’s the joy of it. I even got my car MOT’d. So if it weren’t for FFTV™, I would be illegal on the road. That’s why I thank God for it every single day. 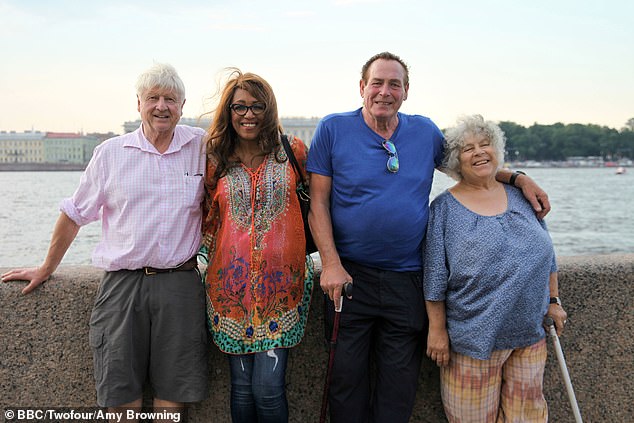 On to The Real Marigold On Tour, which may now be a candidate for FFTV™ itself. It has had some terrific moments down the years. The celebrities are meant to be exploring retirement in whatever country they’ve been shipped to but, in reality, it’s just old people up for an adventure, which is fine. I’m pro old people having adventures. If you were to ask me to sign a petition for or against, I would be firmly for. And in its way, the show has said a great deal about age and loneliness and friendship and Miriam Margolyes. But it has started to drift into cosiness.

This time out, it was in Russia, featuring celebrities (Stanley Johnson, Sheila Ferguson, Bobby George, Margolyes) who have all been along for the ride before, while so much of the joy has always been in getting to know the new people. St Petersburg looked stunning, admittedly, but otherwise it was the usual outings and Miriam turning it into The Miriam Show, which we like, but not so much we need to see it over and over. However, that said, there is one priceless moment which, if you do wish to give the show the FFTV™ treatment, means whooshing to the 20-minute mark, exactly. You’ll see a Russian trying to queue-jump Miriam at a ticket booth for the metro, and her reaction is extraordinary. You may even wish to freezeframe the look on her face at 20:19. I have freeze-framed that moment for several people now, and we always scream with laughter, even if we are a bit terrified. It is the best 19 seconds you’ll ever spend, seriously. 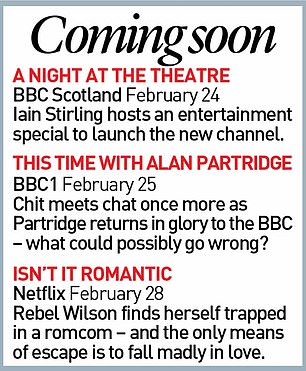 Also, this is a bumper time for what is known as ‘warm bath’ television. That is, the ‘closed end’ detective series that are soothing rather than demanding and have never been known to frighten the horses. So we have Vera and Endeavour and Death In Paradise and Shetland, while Midsomer Murders returns next month (special guest: Elaine Paige). Shamingly, I’ve yet to watch Shetland, even though we’re into the fifth series, and thought I should correct that. So here we are.

It is, judging from the first episode of six, a sort of Sheltie-noir, featuring a bleakly beautiful landscape where the rain always looks as if it might roll in. The main character is DI Jimmy Perez (played by the lovely Douglas Henshall), who doesn’t appear to be troubled or disturbed or a misogynist, which is a relief. He seems thoughtful and kind and is slightly dreary, which is attractive. (Some of my best friends are slightly dreary; I’m just drawn to slight dreariness.) His sidekick is Tosh (Alison O’Donnell), a young woman who is shaping up nicely in her own right even if she does have to say lines like, ‘There is something you really need to see, sir.’ Look, I know the show is beloved, and I know it has been sold all over the world, but the fact is: they are terrible detectives. Hopeless. Quite the worst.

Their new case kicks off with severed body parts found in a holdall on the beach. The victim, it turns out, is Nigerian, and they are able to track some of his previous movements on the island via CCTV footage. But why aren’t they also asking around? Number of people of African descent living on Shetland? Nought per cent, according to the latest census. (I looked it up.) So people would have noticed him, right? Also, the shifty fella from the scrapyard and his truck, which had a Confederate flag sticker in its windscreen and another along the side. No one picked up on that, even though it’s the flag most commonly associated with the white supremacy movement? (Even I’m a better detective than they are!) And the van and the car that drove Perez off the road so that his car was hanging perilously on a cliff edge? They’re not searching for that van and car? Why?

I’m sorry. And maybe I failed it rather than the other way around. Maybe I’m just a Killing Eve, Line Of Duty kind of person, rather than a ‘warm bath’ one. At least Perez doesn’t do all that staring out to sea business, like Vera. Only kidding. It’s at 26:50, if you want to FFTV™ straight there.