DEBORAH ROSS: The Woman In White is not feminist enough!

The Woman In White

The BBC’s adaptation of the Wilkie Collins classic psychological thriller The Woman In White has been criticised in some quarters for being ‘too modern’. This criticism has been particularly aimed at the character of Marian Halcombe (Jessie Buckley), who wears culottes and plays billiards and manspreads and says things like, ‘How is it men crush women time and time again and go unpunished?’ She is ‘too feminist’, it has been said, but I wonder if such complaints only originate from those who fear feminism generally, and how widespread it has become, which is not a fear to be downplayed, admittedly. I’d check your shoes before putting them on if I were you, just in case there is some feminism lurking in there. And also under the bed before you go to sleep at night. Always a wise precaution. 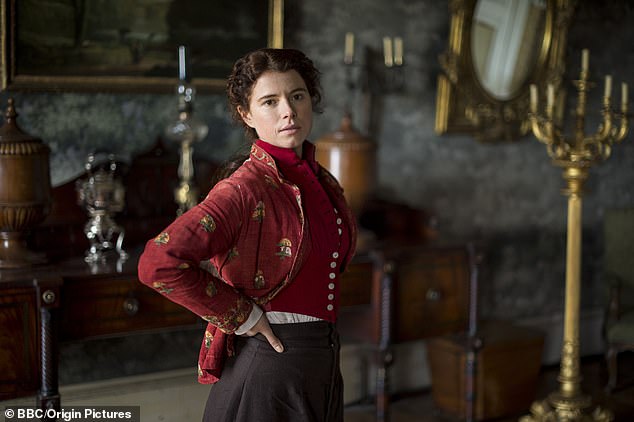 The BBC’s adaptation of the Wilkie Collins classic psychological thriller The Woman In White, starring Jessie Buckley, has been criticised in some quarters for being ‘too modern’

Now, the plot thus far: Walter Hartright (Ben Hardy), who is a good man (the clue is in the name), lives in London and has a creepy encounter with a woman in white just off Hampstead Heath. (For those who would find this as interesting as I do, the exact spot is on Finchley Road, where the Swiss Cottage Odeon now stands.) He then makes for Cumberland, where he has been hired by Mr Fairlie (Charles Dance, in fine Charles Dance form) to teach his nieces painting. His nieces are Marian and also her half-sister, Laura (Olivia Vinall), who is childlike and wears nighties and badly mimes playing the piano. Walter is startled to find that Laura bears a strong resemblance to the woman he encountered, who then turns up in Cumberland, loitering in graveyards and also wearing a nightie, but teamed with a head cap. Weird. What is going on?

We’ll get to the drama of it but, for now, Marian. She wouldn’t have worn any form of trousers in 1859, it’s true, but she did defy expectations of feminine propriety and is generally regarded as a proto-feminist, so I can’t get too worked up about culottes, beyond saying they’ve never been a good look on anybody. I am more disappointed by the fact Marian is meant to have a huge jaw and also a moustache – ‘The lady is ugly!’ Walter says in the book, when he first meets her – but no casting director ever has the courage for that. (Diana Quick played her in the 1997 television adaptation.) You could even say that by casting a pretty actress such as Buckley, you are catering to  particular notions of female attractiveness. In this regard, can I stick my neck out and state this adaptation isn’t, in fact, feminist enough? 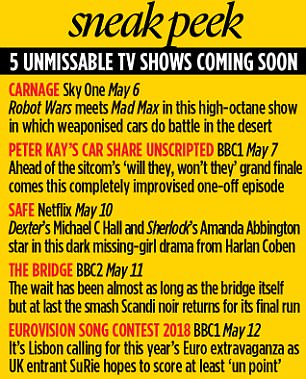 As for the drama, it wasn’t especially exciting or suspenseful or pacy. Mood-wise, most of the heavy lifting was done by the music, but otherwise it was flat and rather lifeless. However, it’s the first of five episode and has to lay out the groundwork, so is bound to be slow. And even the book doesn’t get going until Laura marries Sir Percival Glyde, some 200 pages in. So I am hopeful, and am particularly hopeful that when we meet Count Fosco, as we will next week, he will have a very, very big bottom, as Collins most explicitly described.

The writer Abi Morgan can be a bit hit (The Iron Lady and Suffragette for cinema) and miss (the detective series River) but her latest drama The Split is plain hateful. It’s about a family of high-flying London divorce lawyers, with Deborah Findlay as the matriarch, Nicola Walker as oldest daughter Hannah, who has left the family firm to work for a rival, and Annabel Scholey as Nina, the second daughter who is still with the family firm. There is a surfeit of plot. This divorce, that divorce. This jealousy, that jealousy. There’s the stealing of each other’s clients and the old flame who actually asks Hannah, ‘What happened to us?’ There’s also the reappearance of Hannah and Nina’s long lost dad. (He first locks eyes with Hannah across a London square in a scene that was so overplayed I laughed out loud.)

I could go on and on there was so much happening, but it was all at the expense of character exploration. As a result, everyone is one-dimensional, as well as self-serving and awful. The only exception may be Hannah’s husband (Stephen Mangan), who thus far seems decent, but as I’ve washed my hands of them all, that doesn’t much matter now.

Lastly, Fatberg Autopsy, which may have introduced a new genre, Gag Reflex TV – not that it’s likely to take off. This fatberg, retrieved from the sewers under London’s South Bank, was ‘a fetid mass of fat’ (gag reflex) containing condoms and needles and listeria and E. coli (gag reflex), alongside worms and sweetcorn and mountains of wet wipes (gag reflex). Yet it was also fascinating, and if we learned anything, it was don’t send wet wipes down the loo or, better still, just use dampened cotton wool instead. But check the wool for feminism first. There could be some hiding in there.