A decorated barrister suing a Nine News program over reports she stole an Instagram-famous cavoodle has told a court she was threatened by it’s owner, who told her ‘to keep the f**king dog’ before the pair underwent a custody battle.

Prized pooch Oscar is at the centre of a bitter defamation case between Gina Edwards and the Nine Network’s A Current Affair.

Ms Edwards’ lawyers have claimed in court the program told a ‘bald-faced lie’ in its reporting of a dispute between Ms Edwards and the dog’s owner, Mark Gillespie.

Ms Edwards is also suing journalist Steve Marshall over the two 2021 broadcasts and an article.

While Mr Gillespie bought Oscar and registered his microchip with the local council, Ms Edwards said she and her husband Ken Flavell were known as ‘Oscar’s parents’.

Ms Edwards told a court about the details of their arrangement with Mr Gillespie, who worked as a cruise ship director and spent time away from Oscar. 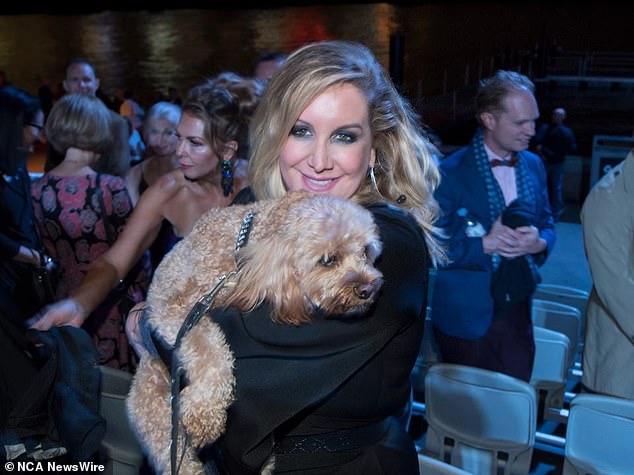 Prized pooch Oscar is at the centre of a bitter defamation case between Gina Edwards (pictured with Oscar) and the Nine Network’s A Current Affair over its reporting of a custody dispute between Ms Edwards and the dog’s owner and ‘co-parent’, Mark Gillespie

Mr Gillespie had bought the dog in 2016 and registered Mr Flavell as the secondary owner, with the trio caring for him ‘like a child with three parents’.

‘There were times when we all spent time together as a strange little urban family,’ Ms Edwards told the court.

Ms Edwards said she and Mr Gillespie would regularly text each other photos of Oscar and discuss his eating and toilet habits.

The court was told Ms Edwards and her husband were often referred to by Mr Gillespie as ‘Oscar’s parents’.

‘On Instagram we were “Mommy and Poppy”, to everyone else we were Oscar’s parents,’ she said.

But in May 2018, Mr Gillespie’s relatives began caring for Oscar at a property in Wingella, in the NSW Southern Highlands, while he was working away.

In July of that year, Ms Edwards told the court she had a confrontation with Mr Gillespie.

She said Mr Gillespie was dropping Oscar off and was in a ‘very bad mood’ when he told her one of his family members said that she wanted to stop with the ‘back-and-forth joint-custody’. 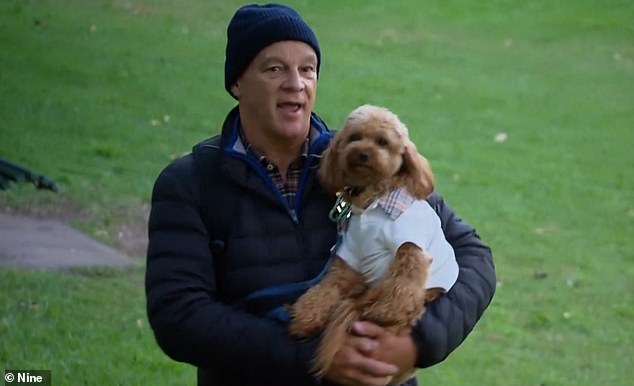 ‘I said, “Why does she even factor into this? I’ve met her once, she has no involvement in Oscar’s life”,’ Ms Edwards told the court.

Ms Edwards told the court Mr Gillespie leaned over her as she was sat down and threatened her with never seeing the dog again.

She said she was upset and asked for Mr Gillespie to come back when her husband was home.

‘He said, “Don’t talk about my f**king family that way”,’ Ms Edwards told the court.

‘He said, “Keep the f**king dog,” and ran out of my bedroom and slammed my doors so loud… Oscar was extremely distressed.’ 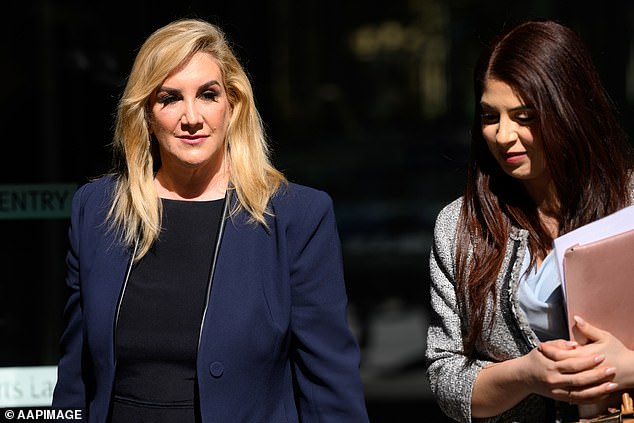 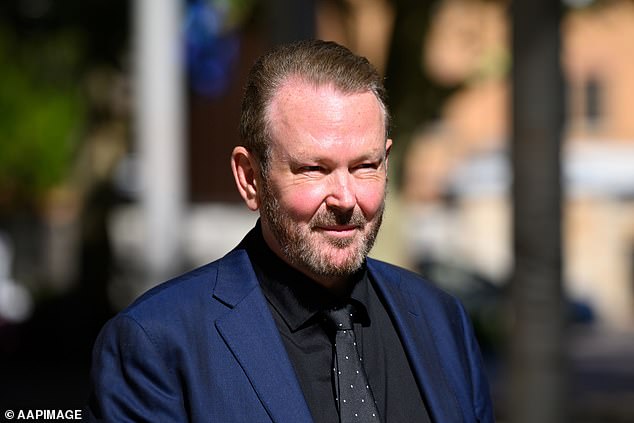 Ms Edwards’ husband Ken Flavell (pictured) told the court that the couple had wanted a court to declare them the exclusive owners of the dog. ‘He (Mr Gillespie) had abandoned Oscar, so we wanted to be declared sole owners,’ Mr Flavell said.

Between August 2018 and November 2019, Ms Edwards told the court she and Mr Flavell checked on Oscar roughly every six weeks and became concerned he was not being groomed, walked or fed properly.

‘My concern was he was not being looked after the way Ken and I would have hoped,’ Ms Edwards said.

Earlier in the day, Mr Flavell testified the the couple wanted a court to declare them the exclusive owners of the dog.

‘He (Mr Gillespie) had abandoned Oscar, so we wanted to be declared sole owners,’ Mr Flavell said. 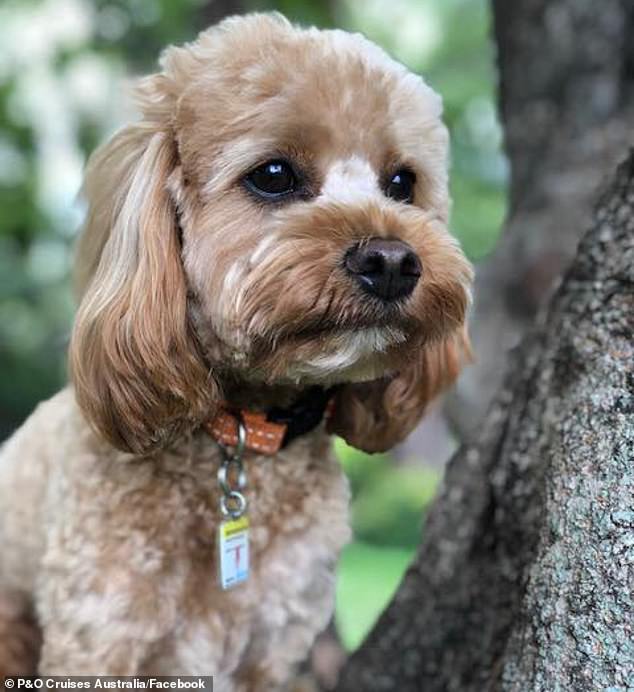 ‘He was extending his contract (as a cruise ship director), so he was limiting his time with Oscar.’

It was put to Mr Flavell that Mr Gillespie had a ‘desire’ to go to Las Vegas and take the dog with him. 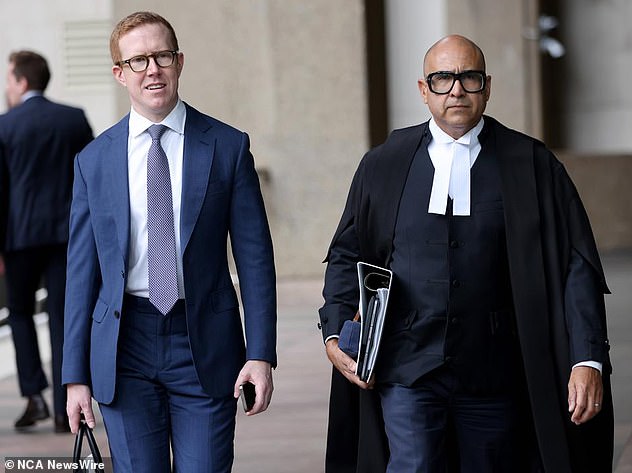 Mr Flavell also testified about the care Oscar was getting in Wingella.

‘We felt he was at risk,’ he told the court.

‘He wasn’t as well looked after as he should have been.’

But Mr Flavell told the court that, during that time, they did not think Oscar was in any ‘immediate danger’ or they would have stepped in sooner.

Mr Flavell was also asked about his offer to buy Oscar from Mr Gillespie.

Ms Edwards’ barrister Sue Chrysanthou told the court on Monday the A Current Affair reports on the custody dispute portrayed Ms Edwards as a ‘dog sitter’ who had unlawfully gained custody of Oscar.

Ms Chrysanthou argued that Ms Edwards was defamed and her reputation as a barrister was damaged.

It was further claimed the stories portrayed her as exploiting Oscar for financial gain and trying to delay the dog ownership court case.

Nine has denied defaming Ms Edwards, arguing the imputations of theft and stealing were not conveyed.

Oscar has close to 10,000 Instagram followers and his social media posts included photos of him in a tuxedo for a trip to the opera.