A former Marine Corps intelligence operator who helped capture al-Qaeda insurgents in Iraq used his skills to track down a Maryland dognapper after the pet’s sudden disappearance left a family devastated.

Rick Machamer, who lives in Arlington, Virginia, learned of Raquel Witherspoon’s theft on the local TV news and believed he could help.

Despite filing the case with the police, she was told that it would be a week before officers could even begin looking at the case, so she went to the local media noting how the dog was an emotional support animal for her 12-year-old daughter, Semaj.

Avery,  Yorkie, was snatched from the doorstep of Maryland resident Raquel Witherspoon 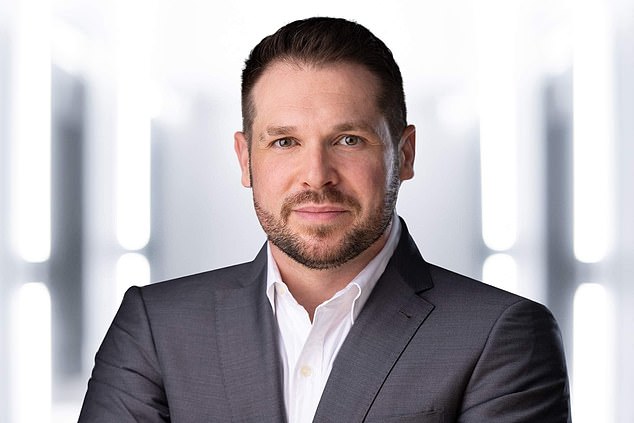 It caught the attention of Rick Machamer, a former Marine Corps intelligence operator, who used his skills honed on the battlefields of Iraq to help track down a dognapper 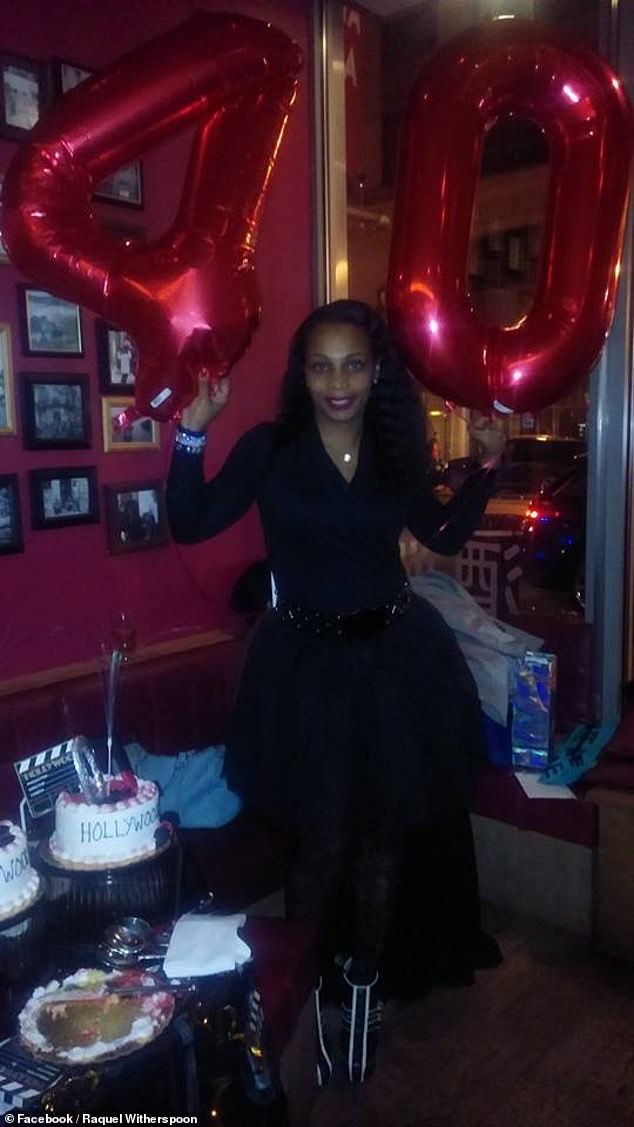 Machamer, who owns a Norwegian elkhound and a Pomeranian was troubled by the thought of someone stealing his beloved pets and got in contact with the family.

‘I couldn’t fathom my reaction if someone took one of my dogs, especially if they sent a picture of one in a cage,’ he said to the Washington Post.

The former military man’s skills lay in tracking and gathering information. His skills were such that he was honored for taking part in operations that saw him help  capture al-Qaeda leaders in al-Anbar province in Iraq.

He offered to help Witherspoon track down her dog and she quickly accepted.

Machamer, who runs a corporate intelligence firm that carries out opposition research for political campaigns, first used his resources to trace the phone number of the dognapper. 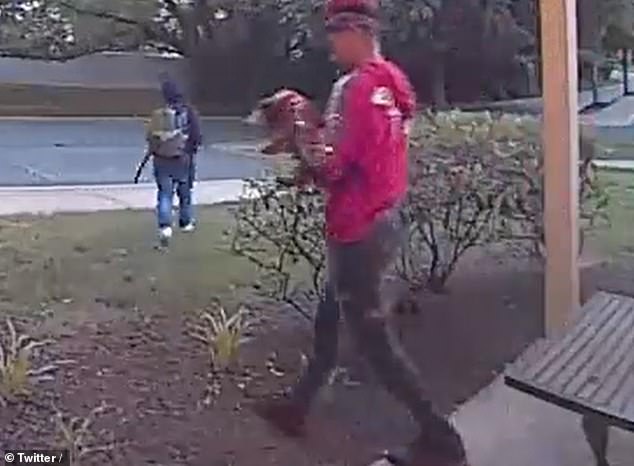 He ran the suspect’s phone number through an online database and used software to extract geolocation data from the video of Avery in her cage but it yielded no clues.

He then searched through customer reviews of local salons near Witherspoon’s home, hoping he might find the perpetrator thanks to her distinctive dyed red hair that could be clearly seen on doorcam video. Once again, no useful information could be gleaned.

Machamer then decided to run the dognappers number through his personal Instagram account in an effort to see if any profiles were connected to the number.

Incredibly, Machamer found a lead through the social media platform, which linked him to a body piercing business near Witherspoon’s home and a post that also linked to the owner’s personal Instagram account. 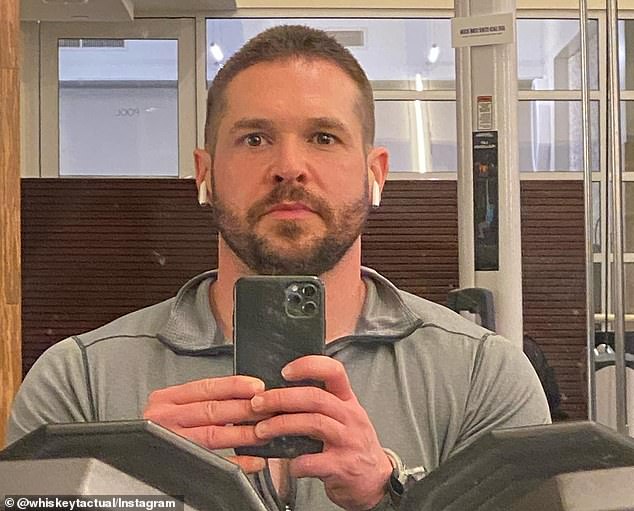 Machamer had tracked down al-Qaeda insurgents on the battlefields of Iraq. He saw Witherspoon’s plea for Avery’s return on a local news channel and decided he had to help

Machamer discovered that the owner had posted about another dog that had gone missing in Witherspoon’s neighborhood before Avery was taken.

A little bit of Googling saw him come up with a social media post about the missing dog.

There was even a picture of the family speaking to police about the dog together with someone that looked distinctly like the dognapper from Witherspoon’s doorbell camera. The photograph even displayed the address of the home.

Four days after Avery went missing, Witherspoon also received a tip that someone in the same house that had just been pinpointed by Machamer was indeed behind the dognapping. 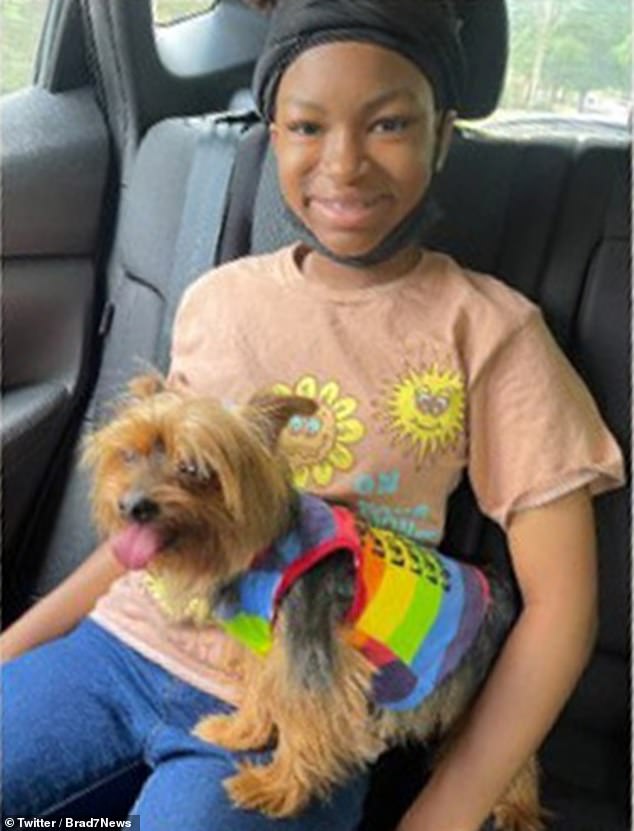 ‘I was like, “They got him back!” said Witherspoon’s daughter, Semaj, pictured above. ‘I didn’t want to face the reality of not seeing my dog again.’

Together the pair gave the information to police and Avery was recovered two days later after a Prince George’s County Police detective went to the home and retrieved the dog.

‘I was like, “They got him back!” said Witherspoon’s daughter, Semaj. ‘I didn’t want to face the reality of not seeing my dog again.

A 16-year-old girl was charged with stealing and admitted to being involved in the theft together with an attempt to extort Witherspoon in return for the pet. She pleaded guilty before trial.

Dognapping is becoming increasingly common across the U.S. with the American Kennel Club suggesting about 1,500 cases per year.

French bulldogs, German shepherds, Yorkshire terriers, and Labrador retrievers are the breeds most sought after by criminals.