People who hold off receiving their state pension when they become eligible for the cash could be thousands of pounds better off in their retirement, experts claim.

If someone lives until the age of 90, they could receive over £7,000 more in retirement income by deferring the state pension for a year, number-crunchers at AJ Bell said.

Could you benefit? People who hold off receiving their state pension when they become eligible for the cash could be thousands of pounds better off in their retirement, experts claim

While someone who lives until they are 100 could end up being £18,000 better off over their retirement by deferring payments for a year after being eligible to receive it, the analysts said.

But a decision to defer receiving the state pension will not be benefitial for everyone. Health, life expectancy, income and lifestyle factors should all be taken into account when weighing up the pros and cons of such a move.

Here, with the help of pensions expert Steve Webb, analysts at AJ Bell and others, we outline some of the key points to consider if you are thinking about deferring your state pension payments.

How does state pension deferral work?

The state pension age is 66 at the moment, but it is set to rise to 67 in 2028. Unsurprisingly, many people want to and need to start getting the cash from their state pension as soon as they are eligible to receive it.

But it is possible to delay the date you start receiving your state pension in return for an uplift in your weekly payment.

How much extra cash can you get by deferring?

For anyone who reached state pension age on or after 6 April 2016, the deferral rate is 1 per cent extra for every nine weeks they defer, or around 5.8 per cent for every year.

This uplift is applied to the flat-rate state pension, and you need to defer for at least nine weeks to qualify for it.

The calculations here from AJ Bell are based on a 12 month deferral, a state pension age of 66 and a  state pension increase of 2.5% a year

So, someone who defers receiving the state pension for a year will receive a 5.8 per cent boost to the value of their payment when they start drawing it.

Assuming the state pension increases by 2.5 per cent each year, which is the minimum under the triple lock scheme, a retiree could be in ‘profit’ from a 12-month deferral after 15 years.

What if I reached state pension age before 6 April 2016?

For people who reached pension age before 6 April 2016 and came under the old state pension system, there were bigger rewards for putting off taking your state pension.

You could have a pretty sizeable annual increase in your pension when you retired or take a lump sum plus interest for the money you missed.

But, since 6 April 2016, the options have become more limited and it is no loner possible to take a lump sum out. The Government said the newer scheme was designed to be ‘broadly neutral’ for the taxpayer, offering, in most circumstances, neither a reward or penalty for deferring.

Is this really worth doing?

Taking the decision to defer state pension payments won’t be suitable for everyone.

But, for some who are in decent health and pretty confident about their life expectancy or have a decent alternative income stream, it’s something worth looking into.

Speaking to This is Money, pensions expert Steve Webb, a partner at Lane Clark & Peacock, said: ‘It is not obligatory to take your state pension as soon as you reach pension age.

‘Whilst most people want or need the money as soon as it is available, there are some advantages to waiting. 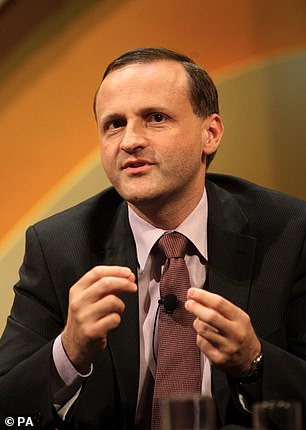 ‘Those who defer get a higher rate of state pension and they can end up better off if they have a long retirement.

‘Those who plan to work past pension age may also pay less tax overall if they put off their state pension until their wages have stopped.

‘But those in poor health may want to think carefully about putting off taking their pension, whilst those on means-tested benefits could lose out if they are not careful.’

Meanwhile, Tom Selby, a senior analyst at AJ Bell, said: ‘If you are in good health and have enough income to support your lifestyle in retirement then deferring receipt of the state pension could be a savvy move.’

But, he added: ”Although deferring the state pension will be a good option for some, it will not be possible or desirable for others.

‘Those who need the money as soon as possible might be less tempted by the increased income they could receive in the future, while for those with underlying health conditions the likelihood they live long enough to benefit from deferral will be reduced.’

Romi Savova, chief executive of PensionBee, told This is Money that ‘timing is everything’ when it comes to pensions. She added: ‘I would encourage savers to only withdraw what they need, at the time they need it, in order to ensure their money lasts well into retirement. The longer a saver can afford to delay, the more they are likely to receive in later life.’

Who is most likely to benefit from deferring?

While it’s tricky to predict exactly how much someone will benefit from deferring their state pension, Mr Webb thinks some are more likely to benefit than others.

He told This is Money: ‘Women will tend to benefit more than men because, on average, they live longer.’

Average life expectancy at age 66 is 19 years for a man and 21 years for a woman, according to the Office for National Statistics.

Mr Webb added: ‘People in good health tend to do well out of the deal, again because they get the increased pension for longer.’

Who is generally unlikely to benefit from deferral?

As touched on before, if you are already in poor health, then deferring any state pension payments may not be such a good idea.

Mr Webb also thinks the elderly should be wary of deferring.

He told This is Money: ‘It’s one thing to defer at age 66, because the chances are you will live long enough to get the money back.

‘But deferring for a decade might not be such a good idea as you may not live long enough to recoup the lost money, and the reward for deferring is the same however old you are.

Anyone on means-tested benefits also needs to be careful before taking the plunge and deferring any state pension payments.

Mr Webb said: ‘The reward of a “higher” state pension may simply mean less pension credit or other benefits. So, they do without their pension for a year but then get little or no reward.’

If you reach state pension age on or after 6 April 2016, and if you are single or widowed, you should also bear in mind that if you were to die during a period of deferral your heirs may not be able to access the money you had deferred taking aside from a few months’ income

Can I adopt a ‘stop-start’ approach to this?

If you start taking state pension payments once you are eligible, it is still possible to, at some point in the future, defer the payments.

But, you can only do this once over the course of your retirement, Mr Webb said previously. Plus, the terms on which you can do this depend on whether you reach state pension age before or after 6 April 2016.

When should you stop deferring your state pension payments?

In terms of when someone should stop deferring the receipt of their state pension, there’s no clear cut answer.

Pensions expert Steve Webb last year advised one This is Money reader: ‘There is no “right answer” as to the best date to stop deferring, but I think most people would want to make sure they got the benefit of their state pension for a good period of time while they were still fit and able enough to enjoy it.’

Knowing how best to deal with a state pension can be tricky, so if in doubt, get in touch with a financial adviser you can trust to get their thoughts. And, of course, always do your own research before taking the plunge.