‘There were a number of highly qualified and impressive candidates interested in becoming the next head football coach at Colorado, but none of them had the pedigree, the knowledge and the ability to connect with student-athletes like Deion Sanders,’ Colorado athletic director Rick George said in a release. 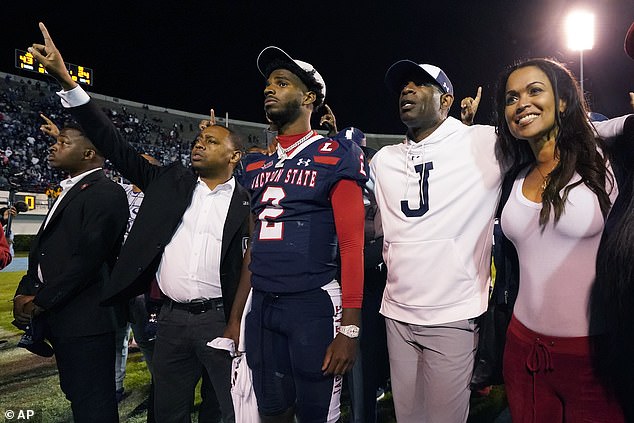 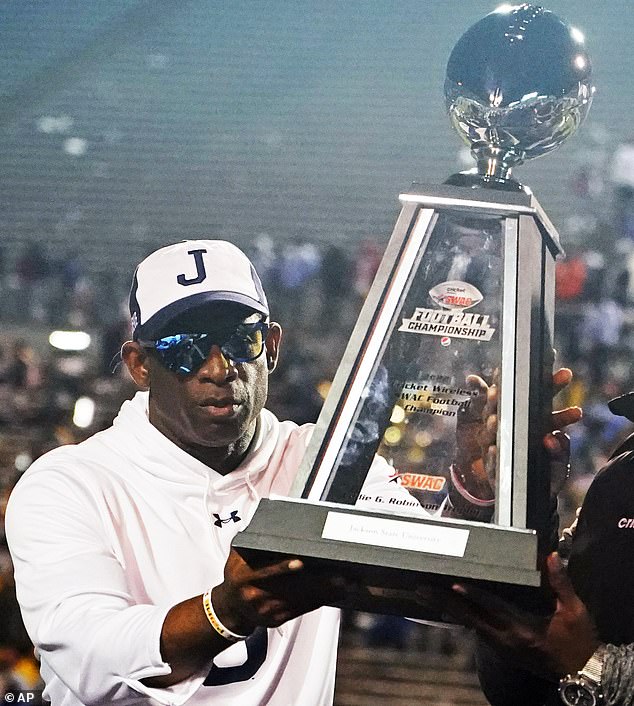 ‘Not only will Coach Prime energize our fanbase, I’m confident that he will lead our program back to national prominence while leading a team of high quality and high character.’

Sanders previously acknowledged that he was offered the Colorado job, and CBS News Colorado reported that the Buffaloes were set to give him more than $5million annually. 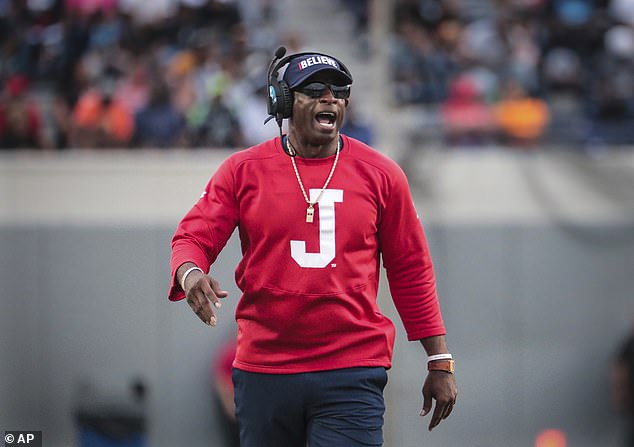 ESPN reported that Sanders and his colleagues had already reached out to coaches and staffers in Boulder regarding their availability, with a similar outreach being done to point potential recruits to a Sanders-led program at Colorado.

Sanders, a Pro Football Hall of Famer who also played Major League Baseball, was a broadcaster following his playing career until he was hired by Jackson State in September 2020.

He led the Tigers to a 4-3 record in the spring 2021 season (postponed from the fall due to COVID-19), then guided Jackson State to an 11-2 mark and a SWAC title in the fall of 2021. That campaign ended with a loss to South Carolina State in the Celebration Bowl.

The Buffaloes got off to an 0-5 start this season, which led to the firing of head coach Karl Dorrell.

Mike Sanford took over on an interim basis and led the squad to a 20-13 overtime win over Cal in his debut, but Colorado then lost its final six games to finish 1-11 (1-8 Pac-12).